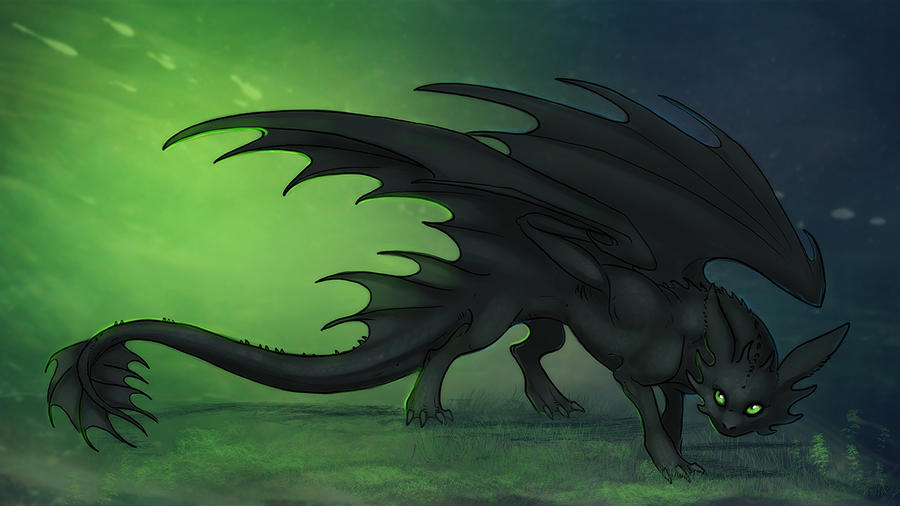 Personal Info
Name: Frey
Alias: Night striker,  The one with the cold heart, The trickster
Age: 20 years old
Gender: Female
Personality:
Unlike many other females in the tribes, Frey is very different. She has had a hard life for a long time and doesn't trust others very well. She's very sly and tends to get her why by flirting or messing with others. She messed with others heads a lot and loves to confuse others. Though she is very slim and not very much on the bulky side, Frey is very good at fighting and uses her intense speed to attack enemies quickly. She can be very cunning and deceiving. She tends to flirt with other dragons to get her way and also teases them.

She loves hatchlings even though she is cold to other dragons.
Interests:
Mess with dragons head
Tease others
Confuse them
Hatchlings
Dislikes:
Being snitched on
Being controlled too much
Having others try and read her thoughts.
Fears:
Dying

Skills and Abilities
Strengths:
Confusing others
Flying
Digging her claws into others scales
Flirting
Special Abilities:
She can exhale a gas that gives others hallucinations, drowsiness and sometimes if strong enough can make them sleep.
She can make her claws grow extra long in case of battle
Can breathe a dark charcoal like smoke to hide herself
Can turn into smoke
Can emit a loud screeching sound that hurts all dragons ears.
She can summon one smoke dragon to help her battle. Their scratches infect the dragons wound immediately and can be deadly if not treated right.
Weaknesses:
Her small size
Bigger dragons
Not very many spikes on her back so not much protection
Combat Style: Frey uses her small size and lithe build to get behind enemies and be able to attack them quickly.