Welcome to the NightWing Academy!  Congratulations on passing your pathetic basic training.  Here is where the REAL strength of the Empire is born!  Your skills will be tested!  Your fortitude hardened!  Your physique heightened!  You will become a true terrifying force and a symbol of the NightWing Empire.  Enter ye who wish to be great, turn back ye who hath doubts.
(plz someone help me make this sound better XD)

Here is where you make a request to be trained to become a higher ranking class.  You will be assigned someone to train with, and you will be judged.  If your character falls short, they will be denied, and you will need to make a new application to train again.  The Imperial Guard will be picked by Oculus, and trained by him and his own Royal Guards.   Only the best of the best become Imperial Guard, and is considered the "final" rank that can be achieved.

(Let me know if I forgot to add your character to the list, preferably a PM)
(NPC's are not included as in tally)

Well there's gotta be a first ^^

Character Name: Loque
Age: 25
Current Position: Tracker (and Magistrate)
Wanted Position: Spy (and Magistrate)
Why/How suited are you for this position? Loque has a naturally slender build, with a slightly short size and wings designed for agility. And that's not talking about his abilities that make him a natural spy.
_______________________
Characters : Hyruu, Asher, Loque, Mei, Aakesh, Seyn, Rhune, Nara, Nisha

Character Name: Loque
Age: 25
Current Position: Tracker (and Magistrate)
Wanted Position: Spy (and Magistrate)
Why/How suited are you for this position? Loque has a naturally slender build, with a slightly short size and wings designed for agility. And that's not talking about his abilities that make him a natural spy.

You sure you wanna take on being a spy as well as trying to lead the Civil Department of the NightWing Empire?

Managing the two positions indeed won't be easy, but the Magistrate position is mostly a side one. As such Loque can easily handle punctual spy missions. While it is unusual for a military to be kind of half-time, Loque is naturally talented for this role (as I believe he could easily integrate the Black Ops if he wanted to), so a small exception may be made for him.
At the moment I am mostly thinking about simply taking the training, as Tenebris's imminent departure will make him full-time magistrate. A few short missions during that interval may be possible, he could delegate some work for a few days.
_______________________
Characters : Hyruu, Asher, Loque, Mei, Aakesh, Seyn, Rhune, Nara, Nisha

Character Name:Frey
Age: 25
Current Position: Guardian
Wanted Position: Royal Guard
Why/How suited are you for this position?: I feel my character is suited for this position because even though she is sort of skinny and lithe, she does have a lot of muscle. I feel that she can distract/defeat enemies using her speed and strength while Oculus has a chance to get away/help or whatever he does. If you feel she isn't suited for the job its okay -nods and runs away-
_______________________ 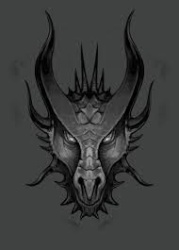