It was a beautiful, sunny morning. Birds were singing, squirrels were making chipping noises, and the sky was blue and cloudless. Despite its naturally gloomy appearance, the dark woods where the NightWings resided actually looked..... inviting for once. Not something you saw every day. Usually, when you pictured the NightWings, you'd think of a gloomy place, filled with darkness, rain, and black skies. Well cliches weren't a part of the NightWing's vocabulary. There was always something new that hadn't been there before. Especially when it came to NightFlare, the cunning, beautiful, and well known NightWing of the tribe. Rumors spread about her almost constantly, but while most of these rumors were believed, none were ever proven true. Ever since the demon's revival, and the murder of the previous adviser of chaos, no one had trusted her, even though, technically speaking, she hadn't done anything that could put the tribe in harm...... yet.

But things had gone downhill for Nightflare since Oculus had taken lead. He had humiliated her, demoted her, etc. Normally, you'd think she'd be pretty pissed, or annoyed, as she was usually very stuck up. But she didn't act this way. In fact, she accepted the punishment. She would do anything to make Oculus see that she wasn't the bad guy here. She needed to regain his trust. And the only way to do that was to show the utmost respect towards him and his teachings.

As Nightflare trotted along, reading the latest book Tenebris had published, she was unaware of another trainee close by. Despite being much older then she appeared, Nightflare only looked about twenty five, and she usually let people believe that. Nightflare walked past Vera, her glittering black body and purple aura reflecting in the sunlight.
_______________________
Nightflare♀ - NightWing Citizen(Age 32)
Rayla♀ -  Demi Goddess Rogue(Age 40)

It was sunny day indeed. Too sunny for Tuata's liking. She looked at her body with disgust: all scales appeared to be ash-grey, the way strictly unpropper for Flying Death, Reader of Fears, Sower of Scars and so on. In fact, Tuata has much fun with inventing new titles...
- Let's think what to do with such a bad beggined day. - she exclaimed in try to spark a little more energy or enthusiasm. - Really, I hope it'll start raining soon.
She made her way down the hill in search of shade. 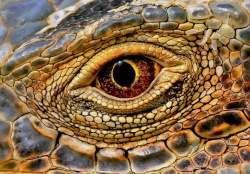 As Nightflare was wandering about, she spotted a dragoness, walking along as well. Now, normally, nightflare couldn't be bothered with something like that, as they were just a normal citizen of the NightWings. Besides, every single dragon she met was either afraid of her, or wanted to kill her. It came with the reputation she had...... attained over the years. However, Nightflare simply wasn't in the mood to talk today. And you could never really tell what someone was thinking with first glance. Unless you were Nightflare. So Night decided to watch the new dragon, just to see what they would do. But she did this subtly, walking over to a tanning rock and laying down, basking in the beautiful rays of sunlight that shined down, a rare event in the NightWings.
_______________________
Nightflare♀ - NightWing Citizen(Age 32)
Rayla♀ -  Demi Goddess Rogue(Age 40)

How I despise the weather like thissss, she hissed in mind after approximately seventeen steps.
Awfully grayish in the sunlight and half-blind because of brightness Tuata dragon wandered down the hill. She scratched the moistless earth angrily and pounced every stone she passed with irritation and sharp claws. Finally she found some shade and rest, so lied down near thorny bushes. Then closed her eyes.
At least I may take a nap. Horribly happy as I should be the ugly sunlight hasn't caught me in the middle of the desert with no shelter at all. were the draconish thoughts about its situation.
_______________________
There's inside me, but not mine - the skill of making rhymes. It's so skillful, swift and steady as a moving pendelum pulled by the lover of already married Death: the talkative Fear.
- amateur trnsl. from S. Lem "Wizja lokalna"

Vera's eyes raised from the ground as they noticed a grey dragon walking before them. They beat their wings unsteadily, as they were never prone to flight. They landed before Nightflare, grinning. They tilted their head, their blue eyes shining with a sort of sly expression. 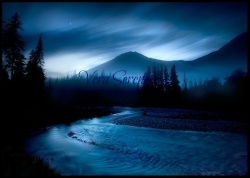 As Nightflare was laying down, she heard an.... interestingly feminine voice. Yet it somehow sounded.... agender and indifferent. Blinking her eyes open, Nightflare glanced down to see a beautiful dragon standing in front of her. She was not one for compliments, and rarely received them due to her history. As of at the moment, Nightflare was not in the mood for conversation. She was much more reticent then she appeared, with her outgoing nature and all. Blinking at the new dragoness, she replied to them in a deep, every so beautifully soft intonation, making her sound sort of like a mother, if they had a defined voice type.

Vera stared at Nightflare, slightly stunned. They weren't used to kind words back - there were some, yes, but those turned out to be cruel jokes played on a young dragon who was gullible enough to believe it.

"You do? Well, ya free?" Vera asked. Vera took this well, though they were slightly weary. This, again, was rare - and this dragoness looked as if she'd be one of those that plays a sick joke. They shrugged and sat, still looking at the dragoness with those blue eyes. They awaited a reply, hoping that it would be something kind - hoping this would go somewhere that Vera would actually have fun with. Vera tended to be quite the sociable one, and training took out the fun of interacting with another draconic being. Even their trainor, Sting, hadn't been able to keep Vera happy - it seemed as if they had a constant need for attention.
_______________________
Vera Serene