The truth about the NightWing Police

The truth about the NightWing Police

NOTE: This a SECRET document. It will be secretely shared between Tenebris, Oculus and the most loyal NightWings. OCC you know about it, but IC no

The new recently born NightWing Police is known to be a bastion of order and strenght. The Police is tasked into administrating justice and protect the nation against dangers. The NightWing Police has also its own stronghold near the borders, considered Xangor's main base.

However all of this is mere appearance. The NightWing Police is much more complicated than you can think. The Police doesn't have a true stronghold and neither permanent bases. The NightWing Police is in truth secretely active around all the NightWings borders and even inside the population. The goal is to build a strong internal system where all the threats and dangers will be methodically removed in complete secrecy.

So what about the stronghold, considered the NightWing Police base? The stronghold, strategical talking, hasn't a great value. It is a simple castle that will have the purpose to trick other tribes into attacking the fortress and expose the enemy army.

However the castle will have many enchantements: there will be so many illusions that a invasion force will get mad into trying to figure out how to conquer the fortress. The castle will also have several bloody and diabolical traps.

The NightWing Police will have enough time to understand the nature of the enemy's army and its weaknesses, so The Emperor will know how to properly organize a counterattack.

Anyway the Emperor will make sure to have several NightWings spies outside the borders. So enemy attacks will always be predicted early.

These informations shall remain secret. It is instead recommended you give others the idea that Xangor's stronghold is the main military force and conquering it would open the way to the internal lands and the NightWings Palace.

Tenebris has helped Xangor into making the defenses.

A picture of the stronghold. To enter and leave the kingdom you must go through the centre. 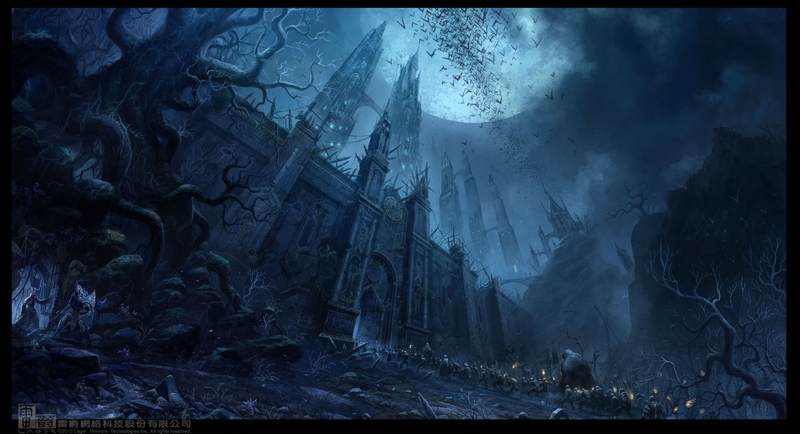