Top posting users this month
Who is online?
In total there are 5 users online :: 2 Registered, 0 Hidden and 3 Guests :: 2 Bots

// Not really sure what this will be about, feel free to post ideas. Hatchling Ages are:

Moments later as Rayla entered the room where Delp and Adra where, he heard arguments along with Rayla storming off in a hurry just as he was about to reply he saw Aura suddenly start falling, catching her with a orb of water before she hit the ground so she wasn't hurt. "Rayla... you don't have to go..." he spoke but it was too late she quickly left the den and no doubt headed away from the palace. Sighing he decided to check up on Delp and Adra, walking slowly he frowned slightly. "Look... guys I know your pain, but she wouldn't have come here if she didn't want to see us" pausing for a moment he looked towards Adra and continued "Adra... could you check up on Aari for me... I have a feeling I know where she's going..."

Leaving the room as he headed towards the exit, using his power to see if he could find her. Due to the placement of the palace Rayla would have to fly over water and he wanted to confirm her direction. Spotting her he sighed and headed towards Lake Burn, he didn't want to give up on her. Quickly dashing towards the ledge he flew following her direction, deciding not to teleport as no doubt it would only deter her.

After a fairly long flight he spotted her where he guessed she was going, landing close by he frowned walking up towards her he spoke with a soft tone. "Rayla... you don't have to be alone.. in time they will understand... you just have to show them.." stopping close to her side he looked towards the grave, shaking his head as it sparked pain in his heart. Lowering his head close to her level he gave her a sad smile like his expression needed no words, "Hey.. I miss her you know that... I always will.. Now that you've got Aura you can't face it alone..." extending his paw over towards Aura he stroked her softly smiling towards the hatchling.
_______________________

As Rayla sat by the tombstone, she glanced up at her father's arrival, narrowing her eyes at him. When he spoke, she sighed in annoyance. Looking up at him, she rested her head on her paws, and closed her eyes.

letting out a sigh he glanced over towards Aura and back towards Rayla, "Look... I know that if you leave nothing will change, it will almost be like you have no family... I thought Thirahan was with you but I don't know if hes alive or not..." frowning from his words he continued "... Aari... isn't the same anymore...she doesn't talk to me or anyone, only Dusk but... well...hes disappeared and it turned out he was a human..." lowering his snout in sadness. "If you leave... it would be like all her siblings will have left her... but if you choose to stay over time the others like delp and adra will change, and we would help you with Aura"
_______________________

It was blatant that he really did not care. "See ya, Ad." he muttered, climbing out of his room. It instantly filled with water.

The drake stretched out his wings and clambered down the the beach, laying himself on a heated rock. Steam sizzled off his scales as he heated up.

Droplet yelped as her father walked of and yelled at Adra and Delphin. Then Rayla flew off. "WAIT MISS RAYLA WERE U GOIN?!" She called after her. Arkhor flew after her, and so Droplet attemted to do the same, but she just hid around a corner once in a while. She hid behind a tree once her daddy landed, and tried to listen. It exactly didnt work in her favor, but she could hear every other word.
_______________________
"We are 3 in 1. If you find a way to separate us, that shall cause a fight, maybe even a war."
"If you separate them, they will gang up on Shimmer and slaughter her."

Glimmer:
Appearance in the mind:

Glisten:
Appearance in the mind: 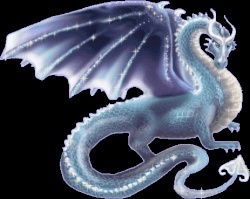 "I guess I could stay, for Aari, but..." said Rayla, before she added, "I want to visit the IceWings, first. Sterlynn told me that he had gotten a vision of mom a year ago, saying something about me needing to travel to the IceWings. He hasn't gotten any visions from her since. I really wanna go to the IceWings and see what the hussel is all about."

"I..... I think that's what I'll do," said Ray, but she added quickly, "Don't worry! I'll come back and see Aari again! I just really think I need to do this. I don't know why, but I feel like this is very important. To me, and to mom." Aura glanced up at the two with her cute, blue eyes.

// what idea? also I have an idea that Aura would look very similar to trinyah when she's older XD //

Frowning slightly he replied with a sigh "Alright if you think thats best, but don't forget about us.." nuzzling Aura gently with his snout he placed his paw over her forehead smiling at the little hatchling.
_______________________

((That's what I was thinking! I was thinking that Aura could be the reincarnation of Trinyah, and maybe Ark could die, but he would be reincarnated as another hatchling, and then they would meet each other again. ^-^ I got this idea when someone mentioned the "gods reincarnating" thing.

(Ark would keep his godness either way

At her father's request, Adra nodded simply, saying nothing. She didn't feel there was much to say on the matter. She brushed her tail against Delphin's side as he left, signaling him that she'd heard. Then she turned, heading out of that particular part of the cave and heading for Aari's area. A quick peek inside proved the other dragoness to be asleep. Nodding in relief, Adra turned. If Rayla had come back, Aari would have been excited. But Adra didn't want Aari to be hurt even more if Rayla were to just leave again. She was already hurt mentally. As a Healer, Adra knew that. She didn't want her already precarious mental state to be threatened. Sighing, Adra settled herself down outside of the entrance to the cave after a few minutes of making her way out, curling her tail around herself boredly, mentally being sure to listen for Angel and the others, just in case they got into anything.
_______________________
Wisp
Hikari
Adra