Zero the Dark One

Zero the Dark One 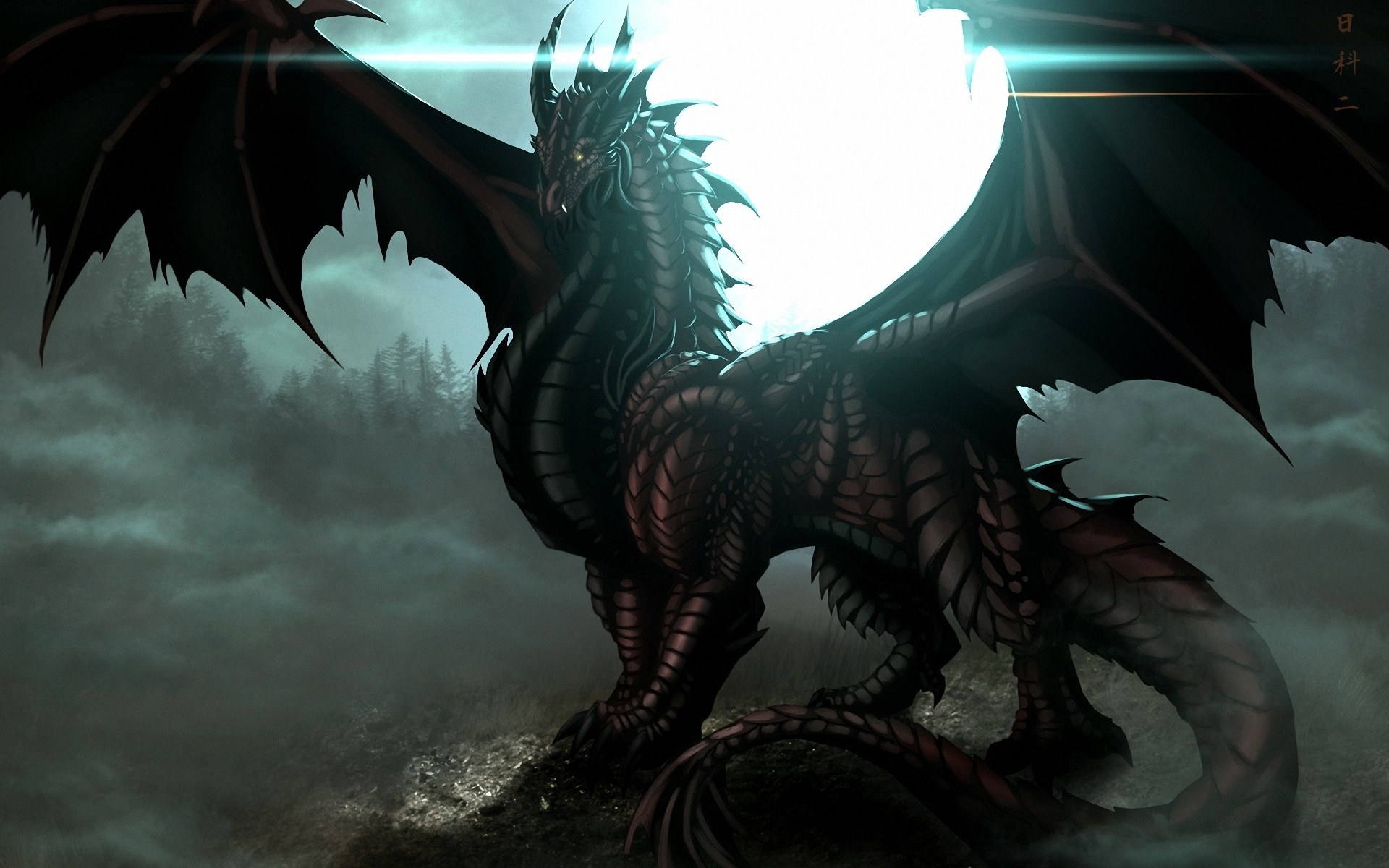 Personal Info
Name: Zero
Alias: Dark One
Age: 23
Gender: Male
Personality: Zero is as dark as the night he loves. He isn't what you'd call friendly. Although he is loyal to the Nightwing tribe. Zero has an intense dislike of non-Nightwing dragons and humans, believing them to be weak and inferior. He enjoys fighting and seldom shows mercy to his enemies. Despite his bloodthirsty nature, Zero is intelligent and cunning. He knows how to pick fights properly and doesn't fight other Nightwings unless it's absolutely necessary.
Interests: Hunting, fighting, other Nightwings, the night
Dislikes: Hatchlings, non-Nightwing dragons, humans, showing mercy
Fears: Being seen as a weakling, going soft

General Appearance
Height: 72 feet
Scales: Black and brown
Eyes: Yellow
Appearance: Zero, as a Guardian dragon, has a bulky and muscular build. His scales resemble amour and he has spikes that run from just behind his straight horns to the tip of his tail. Zero also has spikes on his elbows, hocks and under his jaw. He has porcupine-like quills at the tip of his tail that can be fired like arrows and the usual Nightwing camouflage on the undersides of his wings.

Skills and Abilities
Strengths: Hunting, fighting, intelligent, being one with the darkness
Special Abilities: Pain Inducement- Zero can cause someone to feel excruciating pain by looking at them. This only works while he's look at the victim and focusing on hurting them. Also, the pain is illusionary in nature and can be resisted if the target's mind is strong enough.

Background
History: Zero was born to Nightwing parents and they raised him to be a fighter. He was chosen to be a Guardian as a hatchling due to his fighting prowess and muscular body build. Zero also learned to use his slumber mist breath to help him hunt and when his abilities manifested, he learned to use them as well. Zero was taught how to fly by his parents and he underwent rigorous training when he was due to enter the military. When he completed his training, he became a Guardian dragon of the Nightwing tribe.
RP Sample: Zero yawned as he awoke from his long slumber. He stretched his body and wings and shook his paws one after the other to get rid of the sleepy feeling in them. The Nightwing's stomach rumbled and he knew it was time to hunt again. Zero left his lair and took to the skies to find a suitable meal.

Alright, welcome to the site, Zero! I'm Cosmos, a moderator here. Lets get started, shall we?

Special Abilities:
I'm going to sum up your first ability and say it's fake pain, no damage is actually dealt.

Psychokinesis:
I've only observed an app get a prove with a -kinesis in it, so I'm not certain of how to deal with this. I'd say that the moving objects is fine, but not living creatures. That'd mean other users' characters and that's manipulation of one's character.

Fixed it. The first ability is fake pain, like Jane's ability in the Twilight Saga.