Alright, I had this idea for a while now but I was wondering if people actually would like it. After a discussion with a few people last night I decided to try it anyway and see what would happen. The idea is to talk about a few games that are either classics or interesting games one should have played at least once. If you like the idea I'd appreciate a comment, so I know if people enjoyed the concept of reviews or not. There's no real point to continue if no one enjoyed after all.

So this is the time for Hyruu's first Game Review !

I bet a lot of you have heard of, if not played this series of games. Mostly known for the mythical "Objection !" and the character's rather special air cut, these games feature an original game play and a good dose of laugh. They have been mostly developed on the Nintendo DS, with the exceptions of the first one that was on the GBA (but got a DS redesign) and the last one which is on the newer 3DS.

In this series, the player will incarnate Phoenix Wright, a defense attorney. Your duty as an attorney is to prove your client innocent (which he actually is), despite the usually overwhelming proofs that lie against them. To do so, you only have two weapons : your wits and your "Objection !" 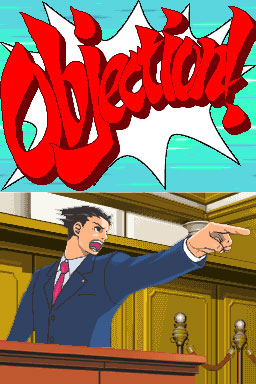 The game feature a certain number of cases, which get more and more difficult. Each case usually consists of an investigation phase in which you will investigate the crime scene and talk to the witnesses to try and get proofs to defend your client, and a tribunal phase where you will have to prove your client innocent. The investigation phase might be the most annoying, but you definitively need it to understand what's going on. The tribunal phase is extremely captivating as you have to cross-examine the witnesses' testimonies in order to spot and highlight the flaws. Trust me this will give you some challenge !

As for the ambiance of the game ? It's packed with humor, exaggerated stereotypes and totally silly ! Between your medium assistant, the passive juge that has absolutely no authority and the characters as improbable as possible, the game will never cease to surprise you (and make you facepalm). The police officer dressed as a cowboy ? Checked. The prosecutor punctuating her point with a whip ? Checked. The creepy Italian chef who tries to hit on you ? Check. The mafioso family reconverting into bakers to sell cupcakes ? Check. And the list is way way longer. Phoenix Wright boasts a panel of silly characters that will keep you entertained.
As for the cases, be ready for a desperate defense. I found myself sleeping late a lot of times while trying to solve them. During the tribunal phases you'll go from surprise to surprise, with more turns of situation that you could imagine. The game never ceases to have you get disappointed when you find out that perfect argument you had just got countered by another fact. Really, it will keep you on your toes. 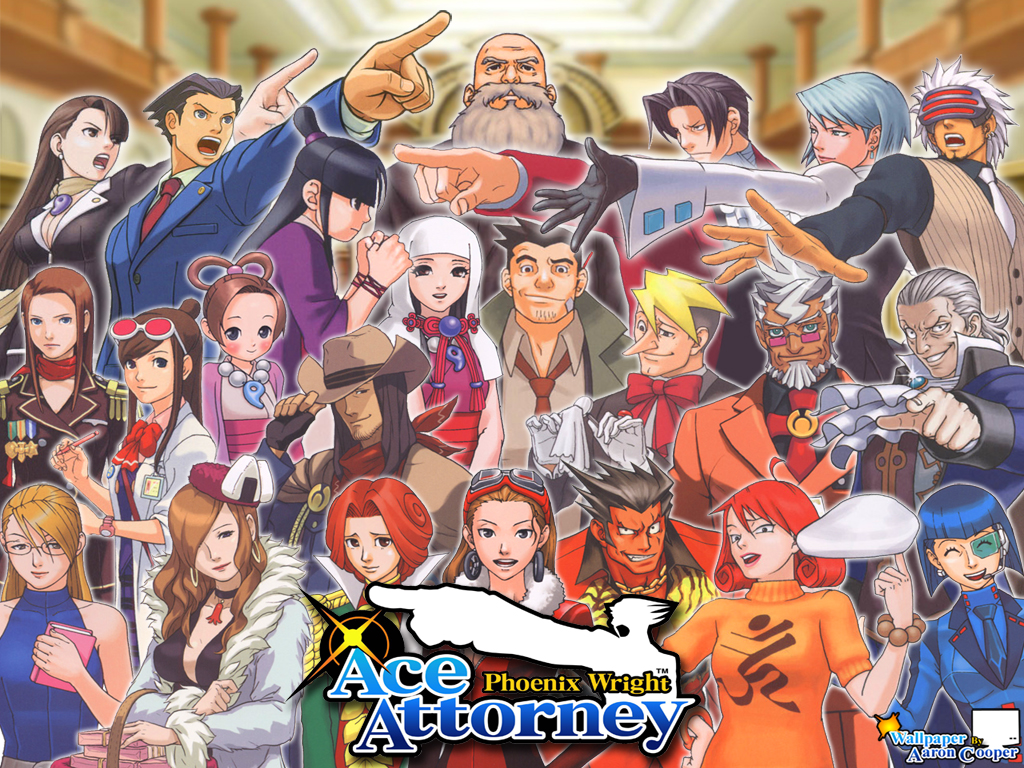 In conclusion, Phoenix Wright is a really interesting game that is more about thinking than action. The graphics are really nice and the musics will keep the tension up during those heated battles with the prosecutors. Coupled with the silly ambiance and the totally eccentric characters, you are guaranteed a lot of hours of fun and challenge.

"Name. State. Profession. Now !" - Miles Edgeworth, after the fifth time asking for it
"I ask for the parrot to testify to the Court !" - Phoenix Wright, this desperate (the parrot did a determinant testimony)
"... and I will pronounce the verdict guilty or not guilty." "No, your role is to hit that hammer of yours when I will tell you to do so and say 'Guilty'" "Oh okay then" - Manfred Von Karma and the Judge, still as strong-willed as ever

Like I said, you will find the four first games on the Nintendo DS. They are, in order, Phoenix Wright : Ace Attorney, Phoenix Wright : Justice for All, Phoenix Wright : Trials and Tribulations and Apollo Justice : Ace Attorney. A compilation of the first three has also been made on the iPhone.
On a computer, you can use an emulator to play them. Desemune is a free and good emulator for that. On an Android phone you can look at the Drastic emulator (which isn't free unless you get the APK).
As for the roms, a quick search will lead you to them easily. A good site you can use is EmuParadise.
You can always PM me if you need more help.