Personal Info
Name: Adair
Alias: Soon to be claimed
Age: 36
Gender: Male
Personality: Ah, Adair, such an intelligent young lad. Raised within a different province out of the vast terrains of Pyyria, this LightWing and IceWing hybrid was born curious, a thinker; very wise. He doesn't appreciate it when he is doubted, leading him to be quite stubborn at times. He is brave and fiercely protective. In fact, it's rare to see him back down from a battle. He is headstrong as well, but despite all of these gruff traits, Adair has proved to be kind many times over in his lifetime. He had aided rogues and played with hatchlings. Adair tries to be the best friend he can be to all.
Interests:

Fears: Wasps, bees, yellowjackets- any insect that stings. He knows that they are too small to truly hurt him, but they give him the creeps.

General Appearance
Height: 95 ft.
Scales: White and heavily plated like armor; his underbelly is navy-blue in color; Where the bones in wings go through, there is a thin, hazel stripe for each one, separate from the others; golden horns; unlike other LightWings, the only spot that changes color on his body is the tailtip
Eyes: Red
Appearance: Huge wings, claws, and tail; white spikes go down his spine and tail

Tribe Information and Status
Tribe: Though he is of the LightWings, he is a hybrid of IceWing and LightWing
Rank: Guardian
Family:
Alea (mother): beautiful white and silver-furred IceWing with dark blue eyes and feathered wings:

Skills and Abilities
Strengths: Fighting; flying; he is good at persuading others; excellent airborne and fast for a LightWing, but not as fast as the majestic SkyWings
Special Abilities: can exhale a blindingly bright light; can create a shining aura made of light that circles him. It calms him from stress or worry, and when touched, it stings a little, but not as much to weaken one
Weaknesses: darkness; has trouble flying through storms; gets sleepy easily
Combat Style: Adair first surrounds himself with his aura in combat and exhales his light. Light first, clawing afterwards. In combat, Adair always goes for the weak spots. If a dragon's belly gets torn easily, then Adair will make an attempt to scratch at that, for example. 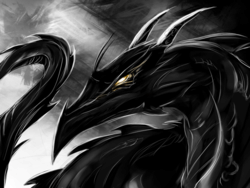 Re: Adair the Odd