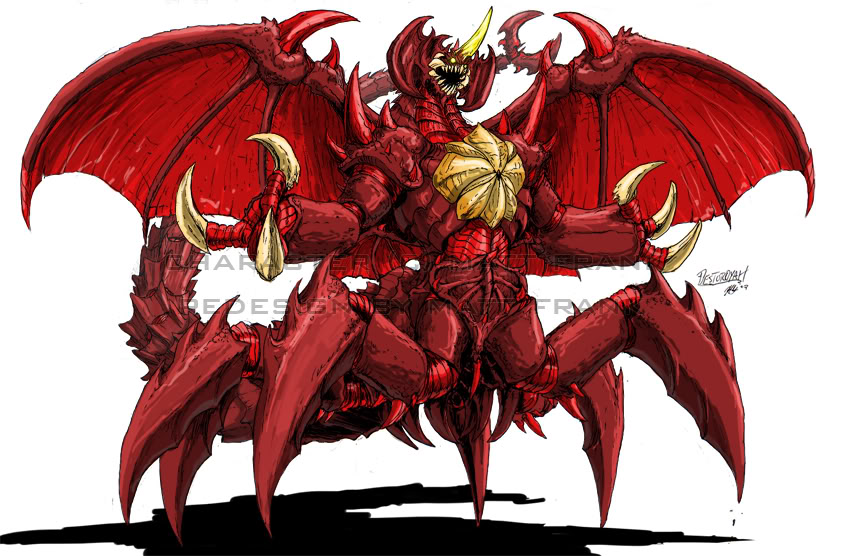 Personal Info
Name: Hadrian Vaspinus Agrippa
Alias: Hadrian the Combatant
Age: 539 years (Human)
Gender: Male
Sexuality: Homosexual
Personality: Loud, violent, and the spitting image of a warmongering ruler, Hadrian is a dragon of vehement taste. He enjoys battling and violence in-general. Not out of ill-will either. Just for the sake of it. He relishes in the bloodshed of his opponents. He is bold and is known not to back down, even if he has abosolutely no chance of making it out alive. Though as violent and rough as Hadrian may be, there is still quite a bit more to him than meets the eye. For instance, while he is not above killing "good-hearted" beings, he will do so in combat, not by cold-blood. He is also not above commending someone for their actions (as in a case of fighting a good-hearted person). He never fights with his full strength unless he is against a opponent worthy of his time, though he is known for gauging out his opponents strength.  He perfers a even battle, and is quite willing to back out if his opponent is severely disadvantaged at that time (such as them having a missing wing). He does not always follow by this though, doing what most suits the occasion. He even has enough honor to always kill his enemies on the field of battle, not via poisons and such.

He is enthusiastic in the face of competition and, surprisingly, is a good sport about winning or losing, even in fighting. Blunt to a fault, he is prone to telling his defeated opponents some wisdom that will help make them a better combatant (if he noticed somesort of flaw that is). He can be intensely patient and is willing to learn, as he managed to learn more about humans and even their language. He tends not to look down on others due to their species, gender, tribe, or sexuality. Instead, he will view them with respect. Underneath this rugged appearance, however, lies a softer side. Hadrian is actually rather unexperienced in the face of love and having a mate. Thus, he tends to shy away from such things, unsure of how to be romantic. Adding on the fact he enjoys males instead of females, he is even more confused. When he does care about something, he naturally seems to get overly worried when certain things happen and will try his best to adequate in their eyes. He is also bored easily.

Interests: Fighting, Training, Learning, Humans, Hunting, Sleeping
Dislikes: Cheaters, Being Interrupted, The Cold, Being out at sea for too long, Not having thumbs
Fears: Aphenphosmphobia: Hadrian is afraid of becoming intimate with another, mainly because he thinks he would somehow mess it all up and losing that significant other. The thought simply terrifies him, the feeling of losing that someone.
Taphophobia: Hadrian is also afriad at the idea of being buried alive.

Strengths: He has intense physical strength, even more so than he size suggests. He is very long and his claw...tail...thing can easily strangle dragons. Unbreakable will and strong mind. He is also fluent in the language of Humans, and knows about their various customs.

Special Abilities: Hadrian is bizarrely durable, to the point that direct attacks from beings as strong and large as EarthWings will still require quite a few strikes before he actually begins getting hurt. He is able to highly resist cuts, piercing and blunt damage, with the attack often having to attack that area multiple times before any real damage is made. Magically/breath attacks are also somewhat weakened, but not as much as physical strikes, making them capable of seriously hurting him.

Weaknesses: As stated before, magically/breath attacks are only somewhat weakened, making them still a serious threat to Hadrian. He locks any form of protectile attacks (no breath or magic), allowing long-range fighters to have a advantage. He also tends to rush into battle without any sort of plan, allowing traps to be particularly useful against him.

Combat Style: A complete brawler, Hadrian is quite efficient in using every part of his body in combat, especially when fighting multiple adversaries. He perfers to maintain a complete offensive, keeping dominance over the situation, though knows when to actually start defending and dodging.

History: Born on some island a short distance of the coast, Hadrian was the youngest of Meneiculus and Paris, whom ruled over the small population of humans on there. Both of them were given the titles "Emperor of Emperors" and "Empress of Empresses", respectively, and were royalty...by that I mean the humans simply came to their cave to given them tribute. This would go on centuries as Florthys and Hadrian grew and learned. Their parents taught them the ways of humans and their language, as well as explaining some human specific things about them. More and more the hatchlings learned as the grew. As time went on, Hadrian learned how to fend for himself and began learn the ways of combat, enjoying it while Florthys went the route of the scholarl. Eventually, he left the island at age 43, having tried to wrestle it from his parents and came to the mainland. For decades Hadrian would seek out small villages and towns and either by might or diplomacy, brought them under his banner. Now, at age 539, he has a sizable human force under his command pays him tribute and, thus, granting him the title "King of Kings".

RP Sample: Deers, bears, and various other inhabitants of the forest fled as the trembled from the footsteps of the two mighty beings. Insectoid legs moved about, following the injured beast as it tried to escape. The red behemoth, Hadrian, had just been attacked by a EarthWing who thought he was carrying something valuable. Perhaps, unsurprisingly, Hadrian bore no injuries from the sudden bite he get on his neck from the thieving beast, and simply lashed out with his tail, breaking one of the dragon's wings. And here they were now, the beast running away as Hadrian followed him. Eventually, the large green beast came to a cliff, trapping him with Hadrian. With a slowly opening of his maw, Hadrian lashed out at the dragon's neck, a flesh tearing sound being heard afterwards. 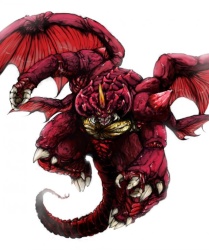 You know 7 years is basiclly new born dragon. Adults are 50-60 years old. I think you need more weaknesses and you shouldn't be able to create storms just like that. it shouls leave you feeling tired. Why is everyone loners? Rest is good though.
_______________________
Appearance: Whole body is blue. The tail and legs are a darker blue. The stomach is a icy blue. The rest is inbetween. She has green eyes.
Mate: Solarflare
History: Her mom was killed in a battle. To get revenge her 2 siblings went to kill the dragon who killed her mom. They lost there lives in the battle. Her dad was struck by grief and stopped eating and died as a result. She was left to be raised by her grandmother as her grandfather was in another tribe (IceWings). Her grandmother died of old age just after she was able to take care of herself.
Mom: Lily-dead
Dad: Bluewater-dead
Siblings: Coral-dead Streak- dead
Origins: 1/8 IceWing and 7/8 SeaWing
Powers: Can breath underwater, disappear in water and make big waves. Is a very fast swimmer and is very flexible.
Special powers: In life threatening situations can breath ice and freeze water. Click here.
Click here too
Click again 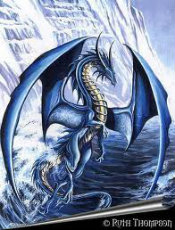 You could edit your post. There is an edit button on the top right corner of your post.
_______________________
Appearance: Whole body is blue. The tail and legs are a darker blue. The stomach is a icy blue. The rest is inbetween. She has green eyes.
Mate: Solarflare
History: Her mom was killed in a battle. To get revenge her 2 siblings went to kill the dragon who killed her mom. They lost there lives in the battle. Her dad was struck by grief and stopped eating and died as a result. She was left to be raised by her grandmother as her grandfather was in another tribe (IceWings). Her grandmother died of old age just after she was able to take care of herself.
Mom: Lily-dead
Dad: Bluewater-dead
Siblings: Coral-dead Streak- dead
Origins: 1/8 IceWing and 7/8 SeaWing
Powers: Can breath underwater, disappear in water and make big waves. Is a very fast swimmer and is very flexible.
Special powers: In life threatening situations can breath ice and freeze water. Click here.
Click here too
Click again

Welcome Hunluan Long, I'm Shardas the main admin of this site and creator of this site. Feel free to ask tribe leaders to join their tribe. SkyWings don't have many members, so I can put you in there if you'd like. SkyWings can control wind/storms, etc. Hope you enjoy this site!