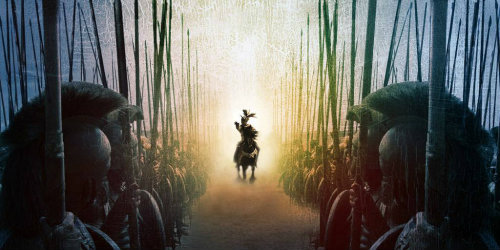 [/align]
No one had seen it coming. A King's passing was never easy, but without much preparation for an heir to replace Philip II's position as ruler of Macedon and master of his empire, the struggle for a successor was steeped in strife, discord and battle both within Greece, and the world abroad. In 336 BCE, Alexander III of Macedon - Alexander the Great - emerged victorious. Surrounded with few allies and unknown enemies, he made the decisions that shaped his destiny, and that of the empire around him. In just five years since his ascension to King, Alexander the Great conquered a majority of the known world with the rest of it ripe for the taking. With conquests spanning 15,000 miles and uncountable sieges, the troops of Macedon first went west to Egypt before taking up position against the formidable Persian Empire. After years' efforts, Alexander at last stands victorious in the Persian city of Babylon.

It is a city of peril for the young King: in defiance of his Oracle's words never to settle there, the conqueror has promised rest and respite for his people. It is a seductive city, rife with temptations fitting all tastes from its royal harem to the art and music it offers. Macedonians flock to the region and settle alongside the native Persians seeking to make it their own. 'Alexander the Great' is a name upon everyone's lips. Even the deities have become involved; the pantheon's influence scattered, divided in their decisions to back the young conqueror in his effort to expand their influence further, or quell the beast before they pose a threat, even to the Gods.

Now, if history stood correct, the Oracle would have surely been accurate in foretelling the great King's death long before he could complete his mission back into the heart of the Indies. The Gods are not always right; or, they cannot always see the decisions that change the course of fate at the last possible moment. That fact is how Hephaestion still breathes after the attempt on his life, how the rumors swell about a son in Roxana's womb, how Alexander himself avoided his own downfall...- One altered decision, and an entire fate rewritten.

And he dreams, still amid the paranoia of finding who is against him, of outdoing his father, of surpassing Achilles and all before, and presses on towards victory. With the aid of the Gods and those who would stand beside him, Alexander the Great moves those under his command towards greatness with an ultimate goal in mind: freeing the known world from barbarism and elevating them to the glory of Greece!

[align=center]Rise of an Empire is an Ancient Greece play-by-post RPG set in 323 BC, where history has been altered by a series of choices that have left Greece in turmoil with Alexander still in-power. ROAE uses true characters from history, original creations, and main Gods of the Greek Pantheon and allows players to tweak them to fit the plot. Present and future decisions and events are AU and we encourage creativity in the historical timeline of events moving forward.