Top posting users this month
Who is online?
In total there are 6 users online :: 1 Registered, 0 Hidden and 5 Guests :: 2 Bots 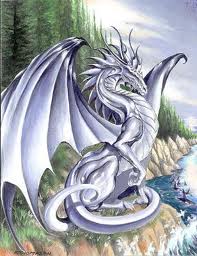 Personal Info
Name: Twilight
Alias: Night Flight, SilverMoon
Age: 17
Gender: Female
Personality: Cheerful and optimistic, Twilight is tiny with a huge heart. She is almost always happy, and encourages others to be happy too. Twilight loves to learn, and is extremely smart for her age. She makes it her primary goal to read every single book in the NightWing Kingdom. Despite being constantly happy, she is also very impatient, and loves to play pranks on her family and friends. Twilight is the type of dragon that can always make others happy. On the day of the Mid-Autumn Festival (August 15 on lunar calendar), though, she becomes bolder and more willing to fight.
Interests: Reading/learning, pyrotechnics, flying, hunting, cookies
Dislikes: Fighting, waiting/being bored, not getting her cookies, running out of books, being confined, being forced to do something, not being listened to, not being taken seriously
Fears: Being captured, killing/hurting someone else, her friends/family (besides her dad) dying

Appearance: Twilight is an unusually small dragon with smooth silver scales that overlap. Her scales are very small, so that her skin appears to be smooth. Her wing membranes are silver on top, but black and full of stars and planets on the underside. She has a white underbelly, and black-edged silver spikes that run down her head and back, but not her tail. Twilight also has two thin black horns on her head, a long snout, and very sharp teeth; her canines are especially long. Her tail is silver, and is relatively long.

Skills and Abilities
Strengths: She is a very good Tracker, being trained by her sister Gemini, a famed Tracker. She has the normal NightWing powers but is especially good at mind-reading. She is a very fast flier, despite her small size, and also has amazing survival and hunting skills. Additionally, Twilight is very smart, and is a great strategist.
Special Abilities:
X-ray Vision- She can turn it on and off, so that it doesn't drive her crazy
Shadow Storage- She can store whatever she wants inside her shadow. So far she has:

Other:
1 Picture of every friend she has
1 Tiny Dragons League Banner XD
300 Books

Weaknesses: Won't fight, unless it's an emergency; not very physically strong
Combat Style: If she had to fight, she would do a surprise attack. Normally, though, she'd plan the attack instead of actually fighting.

Background
History: She was raised in NightWings, but Vardar, the deputy, thought she wouldn't survive when she hatched, because she was so small. Also, thinking she would die anyways, she saw that her eyes would constantly change color, which disturbed her. Because Twilight was of royal family, she considered Twilight a threat to Vardar's becoming Queen. Therefore, Vardar watched Twilight carefully and, seeing that she was frail and kind and not good at anything in particular so far, took Twilight away when she was a young draglet and told her father, the king, she somehow disappeared. However, Twilight as a tiny draglet miraculously found her way back with the help of some reptilians, who warned her not to say a thing to anyone (she purposely forgot about them for this reason.) Vardar was banished later. She was trained by her older sister, Gemini.