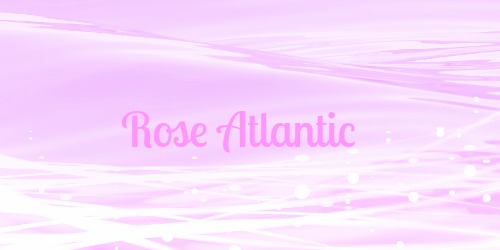 Name: Rose Atlantic.
Alias: Rosey, or Ross.
Age: One Year.
Gender: Female.
Personality: Rose can be very shy spirited, especially around others. Though, she is a sweetheart. Always selfless, careful - this little hatchling allows people to walk all over her. She tries to keep herself as small as possible, only opening up to those she trusts. Despite the fact that she rarely stutters, speaking is not a thing she tends to do as often as perhaps, a normal-leveled hatchling would. Her voice tends to be a gentle whisper of apologizing and questions; constantly unsure of herself at every waking moment.

Even though it seems as if she is very uneducated, Rose is actually very intelligent for her age. You may find her jaw moving even though no words can be heard coming from her, though she tends to correct people silently under her breath. She is never annoyed, but incorrect factoids can be something that will cause a bit of a snap in Rose's brain.

She can be very open to kindness, one that would take another person in with no hesitation if they claimed to be ill or even slightly injured. She also acts motherly, even to those that are much older than her. She can be described as two going on thirty-three.

The little one is also very sensitive, prone to a little inaudible crying at any slightly offensive statement or something similar to that. Her sadness is never expressed in anger, like others may. When she does get upset, it can lead to a very whispered-shouting to those that manage to annoy her to her breaking point. This is rare, though it can happen, since she is sensitive in many areas of her feelings.

Interests:
Happiness. She loves making others happy, because she finds that an environment of happy people means less arguments and safer areas for her.
Helping. Even though she is young, she will help with nearly any chore, help nearly any person. She finds that this may make others happy, which is something she also enjoys.
Calmness. This makes her feel soothed, just something she loves.
Sleep. It is one of the rare things she can do that will give her total comfort, and the idea that she is not bugging anyone.

Dislikes:
Being noticed. This can cause her to be somewhat scared and upset, especially when it is by some person of higher authority than a hatchling.
Being alone. Despite her rarely speaking and not wanting to be seen, she cannot stand being alone.
Animals. Creatures and critters of all types can cause her to be somewhat unsettled.
Fears:
Achluophobia. Even though she is a SeaWing and has spent most of her life in a dark pit of water, she still is petrified of the dark, mainly due to thinking of the horrid creatures that could be lurking behind the dark sheets of grey.
Agrizoophobia. Some dislikes, obviously, are fears. She doesn't know why she has this fear, but it affects her.
Autophobia. She greatly dislikes being alone, as mentioned above - this can turn into a fear sometimes.

General Appearance
Height: 6 ft./1.8 m.
Scales: She has tightly packed scales, very small and plated together. They are a white, with pink splotches that start at her paws and end at where her knees and elbows would be. She also has a splash of this across her muzzle, and a drip of it down her forehead that resemble paint splashes.
Eyes: Light pink.
Appearance: She is a somewhat short dragoness, or tall, depending on who you're comparing her to. Her scales are a very gentle, soothing white. A pale pink curls its way all the way up from her paws to where her elbows and legs would be, with a splash of this across her muzzle and a drip down her forehead, going towards her nose. These resemble pink paint splotches, only they do not mix with her brilliantly coloured blue scales. Her wings have bat-like shapes, with pink splashes started at the top and slowly fading down the rim. Her most striking feature, however, may be her nearly-white pink pupils.

Skills and Abilities
Strengths: She is clearly good at using water and solving problems. She also happens to be very quick, especially in water or near it.
Special Abilities: She can form small amounts of water into shapes, though it doesn't last too long. (She can barely do it now, only sometimes, though as she matures, she'll be able to use it more.) More to be discovered.
Weaknesses: She's too soft, meaning that she lets others walk all over her. And of course, she is much too quiet and kind.
Combat Style: She has never fought, so she doesn't have one.

OMG I'm so terribly sorry no one has even looked at this.

Please use the following template http://rpgdragons.forumotion.com/t100-create-your-dragon-template

"She can form small amounts of water into shapes, though it doesn't last too long. (She can barely do it now, only sometimes, though as she matures, she'll be able to use it more.) More to be discovered."