// Got a bit bored, we still need to make the hatchling topic //

9 Years after Ocean's first kids where hatched, Soon enough the pair had 5 more, named Rose, Kei, Dinnozo, Angel and Droplet. Lucikly Ark wasn't as busy anymore due to not being the lieutenant, giving him plenty of time to spend with the new family members. Only a few months old they had started to learn their movements. Sadly recently Ark's first kids had all but disappeared or decided to leave, this did effect him not knowing if they where safe, with Aari and Vaynad still missing he feared for the worst. Still he tried to focus on his other children soon enough their first batch would be fully starting their training.

It was early morning, a sharp cold air breeze entered the den. Ark lay curled up with his tail coiled around Angel providing comfort to the disabled hatchling. Meanwhile the rest all silently sleeping away between their parents. With the brisk air gently grazing his scales he awoke shivering slightly, as he opened his eyes he yawned trying to be quiet for the others, knowing that it was early he tightened his embrace creating warmth for the young ones. Slowly closing his eyes he noticed as one of the hatchlings stirred, turning his gaze he smirked at the sight.
_______________________

Smiling as the others left the den, but he suddenly realized Angel was in trouble in the pool. Not noticing that she left his tail he quickly wondered over, chuckling to himself as he spotted her wiggling in a small hole, seemingly being stuck. Reaching his paw in the cool waters placing it just underneath her belly, Focusing on the water around her he successfully used the water pressure to free her, catching her as she fell out. Lifting her from the cool waters he smiled and chuckled, "Angel be careful, don't want you to get stuck too often do we" nuzzling his snout against her, placing her in his mane he decided to check on the others outside.

Droplet yipped happily, then hopped onto her brother. Nothing could stop her from crawling up and laying in his mane, using it as her nest.
_______________________
[19:06:35] Crystal : Sora will never be dumped! He's to cute!  ~Cbox moment
"Why is Sora so shy? Im just trying to be polite." ~What Crystal thinks when Sora gets all shy
"My Brothers Dead. Its just a fact. I may not be able to get over it like you want, but i can still think about him."  ~Crystal if you mention it
"I know your not the boss of me, and you know it too." ~Crystal when she's ticked off 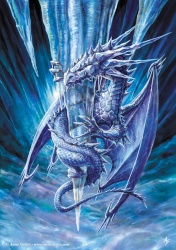 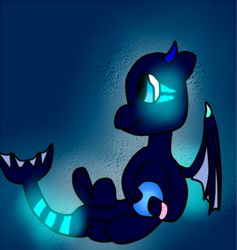 As soon as Delphin got up, she curled herself up happily in his spot, enjoying the feel of the sun on her scales. She made a face at him when he came back, teasing him. Moments later, a giggle escaped her at Droplets excitement, and her climbing on Delphin. "Dont hurt him," she told the little hatchling.
_______________________
Wisp
Hikari
Adra

Delphin only laughed, and took to the air, soaring over the Learning Pool and the beach, tilting as if he was about to drop her every now and again, before flicking her up onto his stomach, flying backwards. "Ad! Catch!" he cried, and released his firm grip on Droplet, folding his wings and diving down after her, spreading a cascade of water down.
_______________________

Ark was busy watching the others when Delp and Adra where playing with Droplet. He had a lot on his mind after all, with Ocean not having much time any more, this left Ark to look after the hatchlings. Letting out a sigh he relaxed close by, stretching his legs he rested his head down on his forelegs. Feeling quite tired he almost fell asleep, shaking his head to keep awake he couldn't help but feel the weight on his eyes.... slowly.... drifting....asleep.
_______________________

Droplet was fine when Delphin was twisting like he was turning, because she trusted her brother. But when Delphin threw her at Adra for Adra to catch, she flipped out. "Welp! WI WIS WALLIN'!!!" 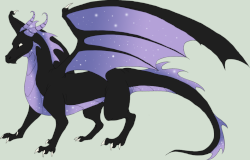 Adra stayed where she was when they took to the sky, smiling happily at the expression on Droplet's face. When Delphin dropped Droplet, however, Add a let out a yelp, scrambling to her paws and practically diving off of the edge of the cliff, her wings snapping open as she grabbed Droplet in her back claws like a bird would, though gently. Passing her up to her front claws, she looked at Delphin with wide eyes. "Are you trying to kill her!?"
_______________________
Wisp
Hikari
Adra

"I was underneath her, relax. Drop's tough as old boots, anyhow." he reassured his sister in an unusual care-free manner, before landing onto the ground, shaking the water off of his scales. Delphin was certainly different for some reason, he was miles behind all the other dragons of his age in training, and he was distant from his family in some respects.

After a brief moment of deliberation, Delph walked off into the pool near his home. He was then gone, only a glaze of steam remaining of his form. From there he laid on the bottom of the pool, watching the light glimmer through the wall of aqua.
_______________________

Droplet gives Delphin a cold, hard glare until he walks away, and snuggles into Adra, telling her thank you. 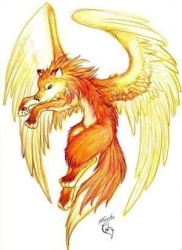 Adra looked at Delphin as he walked away. What had gotten underneath his scales? He wasn't being as fun as he used to be lately... too serious, but not serious at the same time. It was strange. Her attention went back to Droplet when the hatching moved, and smiled, cuddling here "Its okay, Delphin didn't mean harm. He just didn't know it would scare us, is all."
_______________________
Wisp
Hikari
Adra