Personal Info
Name: Kenina
Alias:
Gender: Female
Age: 24
Personality: Kenina values the power of the mind over all else. Natural because of this she is highly dedicated to Astralogy and obsessed with collecting Moonstones. However there is only so much she can learn in the FireWing kingdom. In order to expand her mind and follow Astralogy's fourth rule "Be aware of all things, for the greatest evil in the world is the unknown.", Kenina plans on taking over the world.

Kenina still has normal desires. Her taste in men is not what you might expect. One would think she would only like smart men to keep up with her own intellect. She likes the strong cute ones the most if they happen to be smart to thats just a plus. Other than that Kenina's main hobby is learning.
Interests: World domination, learning, and collecting moonstones
Dislikes: losing, peeps question her authority, peeps questioning her competence.
Fears: facing an opponent with greater intelligence than her or coming to a halt in her learning process. Never being able to learn anything more or losing what she has learned. Forgetting something.

Skills and Abilities
Strengths: Keninia's greatest strength is her brilliant mind. She had a high level of intelligence knowledge wisdom and cunning. She also has a photographic memory and never forgets anything. she also has brilliant social skills and has a way of manipulation people to do what she wants.
Special Abilities: Other than being able to breath fire and withstand temperatures of 2400 °F Kenina can also emit this fire out of every spot on her body. The longer the range and the longer she sustains it the more stamina is drained from her by doing it. Kenina also has extensive knowledge in the ways of magic.
Weaknesses: Her special abilities are what make her strong. In a one on one fight of strength and or speed she weak is all heck. She was also born with anemia making her run short of breath very quickly.
Combat Style: Study and find out all she can about her opponent before absolutely crushing them.

Background
History: I'll figure it out later
RP Sample: Its me Astral 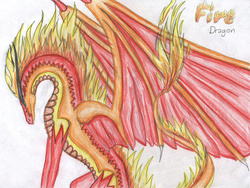 Welcome to the new FireWing Leader ^^