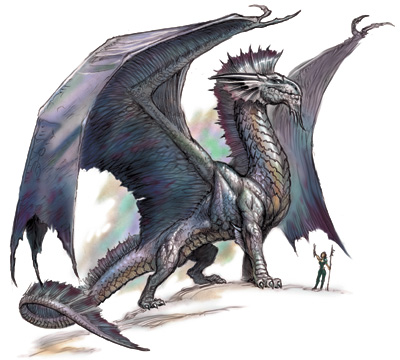 Personal Info
Name: Gusano
Alias: Wisdom of Youth
Age: 37
Gender: Male
Personality: Gusano is quite an understanding dragon. He quietly watches over his people and family but can get loud and excited. Despite having a strong sense of just, order, and peace, he would extend the boundaries if it meant it did no harm and still pleased whomever he was targeting. He is respectful to his higher-ups, and greatly enjoys the presence of youth. You could call Gusano wise, but he can be a bit indecisive. He's a softy and has his own way being a romantically charming brute. What makes him so physically attractive is his scales. Like most Lightwings, his scales can consist of all the colors of the rainbow. However, his scales or more metallic and florescent but not unique, but not common. He is kindhearted and sometimes childish, but all-in-all mature and friendly. He's a bit of what you call a bookworm, he loves reading ancient and modern scrolls and how dragons came to be. He adores knowledge and treats them like treasure. He has collected some scrolls that are the last of itself. He has copies and documents of every event that ever happened in Pyyria, that is known to the lightwings. He is modest and would do his best to meet someone's expectations. But he can be quite a fearful fellow in battle. He's aggressive and protective, yet reasonable.

But that's just his personal side. Or at least some of it. He often expresses seriousness and aggressiveness to all whom oppose the Lightwings or the leaders. He can be very aggressive towards intruders and would sure put up a fight. He can be merciful to those apart of invasions, but if anything, he acts like a general. A trustworthy guard, indeed. One you can trust your life with. He is a very wise dragon and knows his wrongs and rights.

This mixture of personality sums up his individual significance and respects that.
Interests:

General Appearance
Height: 71 Ft
Scales: Rough Yet Smooth Scales; Metallic Coloring.
Eyes: White (Can be seen as a pale silver or blue)
Appearance: Gusano has metallic scales that naturally consist of mineral colors. Such as silver, white, black, and gold. His thick, smooth yet rough pelt also consists of florescent oranges, purples, blues, greens, and indigo. At some parts of his muscular build, his skin with smooth down to the point it very soft but the majority of his body is covered in rough scales. Hanging off his chin is soft fur. He has large, smooth wings that are generally purple, black, and white.

Re: Gusano, Wisdom Of Light.

You still need to add your combat style. Otherwise, good. 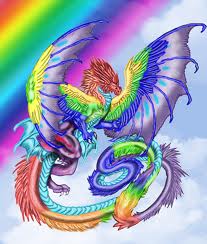