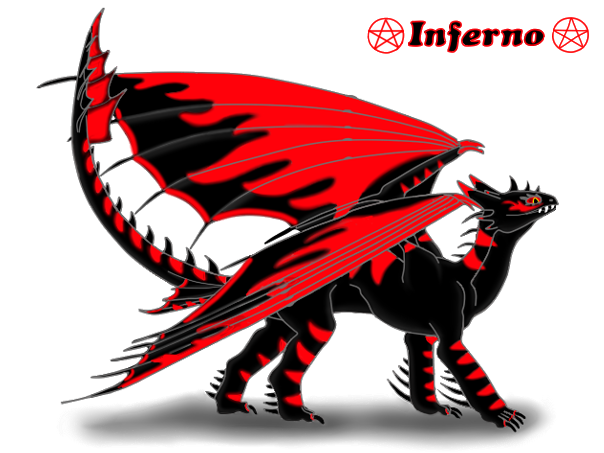 Personal Info
Name: Allistair
Alias: Burning Beauty
Age: 36 years old (full adult)
Gender: Female
Personality: Formerly labeled as wholly evil, Alistair is now a Neutral NightWing, but is more leaning towards evil. It is hard to describe her personality, for she tries not to reveal too much about herself. However, it is evident that she is not humble when it comes to ranking and authority, and acts all full of herself. She's pretty darn bossy, yeah. She is manipulative for her own desires. However, she isn't heartless or selfish, though that is how it may seem. If any of Alistair's friends or allies are threatened, she won't hesitate to jump to their defense. She is hotheaded and easily angered, and often the first to jump into a fight. She's a bootlicker to authorities too, so yeah. When she is an authority figure herself, however, she can be compared to a puppeteer... Alistair is also very nosy, and enjoys meddling in the lives of her fellow NightWings and just screwing stuff up.
Interests: Flying - Fire (she's a pyromaniac) - Other Tribes, especially the FireWings - Manipulating other dragons and meddling in the lives of her fellow NightWings - Politics - Puzzles and riddles
Dislikes: When stupid dragons stick their stupid noses where they stupidly don't belong (ikr she is such a hypocrite) - People standing up to her - Being patronized - Getting wet - Being cold/ice
Fears: Death - Water/ice - Being kicked out of the Tribe - Being demoted

Tribe Information and Status
Tribe: NightWing (FireWing hybrid)
Rank: Royal Messenger - Assassin
Family: Alistair takes after her father, Clavicus, in both appearance and personality. Her mother was a FireWing named Cinder, and she used to have a little sister. Alistair killed both her parents, and the little one's whereabouts are unknown.

Skills and Abilities
Strengths: she is strengthened by light, so attacks from LightWings would only make her stronger
Special Abilities: She can swim, but not breathe underwater; she can teleport (only a few feet); she is fire-resistant; can breathe fire; can catch her scales on fire; can melt into shadows
Weaknesses: ice attacks slow her down; she can't fly as well when in forested terrains
Combat Style: she fights head-on and teleports in combat to get behind her target and attack them; she likes to breathe fire on the fragile parts of the body that catches fire easily (such as tails and/or wings).

Background
History: Allistair was raised with horrible parents. She often cursed at them just for fun and ate their food before they did just to make them angry. One day an earthquake occurred, and Allistair saw this chance to end her hatchling horror story. So she quickly broke her parents' wings and shoved them down the big separation in the earth from the quake. To make sure there were no witnesses, she killed her little brother, Quanariin. This was all in another island... away from Pyyria. Allistair travelled here, found a small tunnel under-foot to live in, and now here we are.
RP Sample: Allistair emerged from her tunnel, the sunlight beaming on her scales and making them gleam in the shine. She looked from side to side, and growled, "Nothing out here worth crying a river for." and returned to her refuge.
Extra: She was named after one of the last Grey Wardens (Allistair, son of the king) in the game Dragon Age.

Yes, I understand that. I should have added it, but she could only teleport for a few feet- kind of like endermen from Minecraft. Sorry- I should get on my Allistair account and edit.


Thanks for telling me!

No problems. I have fixed the card: Now it's ready

Thank you, you're so nice!! I wish I met you earlier!