Kirian's Bio ~ The Ominous One

Kirian's Bio ~ The Ominous One

Kiri as a Hatchling:

Kiri as a Trainee and up: 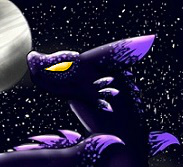 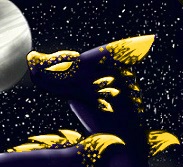 Personal Info
Name: Kirian | Kᴉrᴉan
Alias: Kiri (Nickname), The Ominous Demi-God
Age: 11 yrs
Gender: Male
Personality: He is very anti-social/socially awkward (unless with really close dragons), yet intelligent (he gets more intelligent as he matures), and dislikes attention (sometimes he may like it...), though he does enjoy having friends. In fact, he is quite friendly, calm and imaginative. He isnt much of the hostile type, but in certain circumstances and if ya try hard enough, he can sure give you many burns to learn a lesson from. Also, when he isnt feeling anti-social, Kiri can sure be the trouble maker, but in a fun way.
Due to a demon possessing Kirian, he now has two sides to him- A caring, fun-loving side, and a murderous, Satan like side. Whenever Kiri sees blood or experiences danger, his demon within unleashes and he goes on a murder spree, uncontrollably. During these times, Kiri is practically unstoppable (to non-gods). Though, to get Kirian back to his good ol' self, things that he loves or thinks are pretty/adorable/good intentional things, will surely get him back - water also helps.
Interests: The dark/night, tuna, scary stories, bloodshed
Dislikes: Attention, humans, his annoying sisters, and HATES being tickled.
Fears: He gets claustrophobic in tight spaces.

General Appearance
Height: Hatchling: 1"7 Ft - Adult: 7"1 Ft
Scales: Purple tinted black scales that over lap each other
Eyes: Sea foam green
Appearance: He appears to be a Night Fury, most likely because of his parents...He received his sea foam green eyes from the greenness of Astral's, mixed with the blue from Nimbus; which can glow up in the dark. He has the regular appearance of a Night Fury though he has tints of purple which can be mostly seen in the light. His claws are pretty sharp and a dark purple, same with his retractable fangs except that they are pearly white. Growing up, his stick out spine, ears and forehead gained glowing patterns-which can glow up in the dark.
When Kiri's murderous side is unleashed, Kirian's eyes turn from sea foam green to a dark golden. There are also times where all the light-up purple marking on him will turn golden, signalling that he is immune to purity.

Skills and Abilities
Strengths:
-He has the regular traits as any SkyWing and NightWing, along with some Firewing
-Thanks to his parents, he has impenetrable scales (His scales will become harder as he matures)
-Incredibly swift for his age, sometimes even faster than his mother
-Very strong flier and is quite stealthy
-His dark presence makes others not want to attack or approach him, practically paralyzing the other.
-His small, slim size enables him to hide easier from large foes
Special Abilities:
-Like his father, he has the ability to view and converse with the spirits of the deceased
-He does have skill to use the ability of aura absorption, though it takes effort
-He can breath out a very strong and poisonous indigo colored fire
-Due to his newly obtained demon, there are times in Kiri's life that he can become unstoppable (and go on a murder-spree), though higher gods can still stop him. On days like these, be weary of bloodshed.
Weaknesses:
-He isnt very physically strong
-He has a weak spot on his underside, which any dragon can harm him from there

Background
History: He is a brother to five sisters and one other brother. He was born as the middle child. His parents are both Gods, therefore he inherited some powers from them.
Moving away from that, as Kiri cowered from the dead, demons and ghosts, one particular demon found Kirian as a vulnerable target. The demon sought out refuge within Kiri and soon began a time of murder and care - this can be seen as a bipolar way...
RP Sample: Kirian glanced up to the cloudless sky from his spot on the ground. His eyes sparkled just as the stars had. His eyes didnt sparkle from excitement, but more from fright. Not anymore than ten minutes ago, did he experience such a terrible sight. If only he hadnt inherited the ability from his father to see spirits. He had to admit, it was cool but the fact that there were also scary looking spirits terrified him.

Extra
Magic Accessory: Kiri has a bracelet that wraps around his right arm. It is made from the following mixed metals: Gold, Titanium, Lithium, Malachite, and Uranium. It is embroidered with all sorts of jewels and crystals, and has three different colored symbols. One is a fiery red/orange Star, another is an icy, light blue Crescent Moon, the last is a dark purple Trinity Symbol.

Huh.... Wow this is a new bio.... Uhmmm not gonna like being as fast as Astral would mean hella fast, umm I think your scales, scientifically speaking can't be impenetrable at hatchling age as they need to mature and grow and generally progress to impenetrable, because does humans have fully grown hair and all the intelligence retained from the parents? Naw they learn through maturity, although these are just me reading this at 1:11 in the morning, I might change my review in the morning
_______________________
Prototype picture of Arcke by Shiningwater! Thank you for drawing Arcke-Kun!

Yes, Luna, but if you think about it, his abilities arent the best. He can see the dead (which isnt much), he can occasionally use aura absorption, his soul transfer cant really do any harm to any one, and his fire is the only power he can use to protect himself.

~Btw Arcke, I agree with you on the maturing part for his scales and intelligence. So of course, thats what will happen..I will add it in there soon.

Impenetrable scales is an absolute no. In fact as a hatching your scales are very soft and easy to break. Being occasionally faster then me in my normal state I suppose is fine. But hopping to even compare to my speed in my goddess state would just be absurd. How ever in terms of regular dragons I guess this makes you the new fastest dragon in Pyyria.