Personal Info
Name: Luna
Alias: The White Beauty, One with the Moon, Divine Daughter
Age: Blank for now (Not born yet)
Gender: Female
Personality: Luna is cute, her looks getting her out of trouble. Many times she gets in trouble she will give her mother and father the 'cute look' and usually gets out of trouble. Just like her mother she is curious, getting herself into bad situations a lot of the times. She is a little innocent girl, sticking to her mother and father. She loves her mother and is more of a mommies girl. She loves them equally but because of her powers she bonds with her mother more. With her powers she loves the night and everything that involves the night. One thing she is good at is flying, having a lot of Skywing blood. Luna wants to stay a mommies girl and doesnt want to do anything bad.
Interests:
*Snuggling
*Snuggling with mommy and daddy
*Flying
*Taking night walks
*Flying at Night
*The moon and stars
*Walking
*Being with Family
Dislikes:
*Do Bad Things
*Getting in Trouble
*Disappointing her father
*Disappointing her mother.
*Being Weak
Fears:
*Getting in Trouble
*Love
*Death
*Fear itself

General Appearance
height: Luna is three ft tall, smaller than her mother and 9 inches as a newborn hatchling.
Scales: Luna is different from her family, turning out the most unique. Her scales are very thick but are so white you cant see that they overlap each other very close so she looks like a scaleless dragon.
Eyes: Luna's eyes are very large and cute. They are red.
Appearance: Luna is very small, a 2 inch smaller than her mother, being the smallest in her family. On the top of her head she has the same fin like horns. Her ears are a bit larger than her siblings as she got her fathers large ears gene. Of course cause of her size her legs are a bit small. On the back of her legs are small black spikes. Her claws are thorn sharp and are also black. Neither her mother or father has this but she does. Right behind her back legs are white fins, maybe for swimming. Her wings are large, getting her fathers gene's of big wings. Her wings are double her size, giving her the ability to wrap herself in her wings when she goes to sleep. One thing she got from her mom is the large side fins on her tail, giving her better stability in flight. Trailing down down the middle of her face in between her eyes are black spikes. They will grow a tiny bit bigger then stop. They would be used for ramming into dragons in case she was in trouble. Trailing down her neck and all the way down to the start of her back are spikes but these are different. They are much sharper and more dangerous. As her tail begins double rows of spikes appear on both sides, making her tail a good weapon. One thing many wont notice until she bites them in her double rowed teeth like a sharks. This makes her teeth way more dangerous. Her bite will hurt even worse because of the double rowed teeth. Just like her father her teeth retract. Also Luna has a claw on the end of her wings, helping her now with her unsteady landing.
Add On's:  Luna has a scarf that is from Phantom. It controls her demi god powers
https://img1.etsystatic.com/010/0/6266172/il_fullxfull.409675987_6ph3.jpg

Skills and Abilities
Strengths:
*Flying
*Swimming (Barely, just knows how to not drown)
*Getting out of trouble
*Breathing fire
Special Abilities:
*She can breathe purple fire
(Here is the purple fire 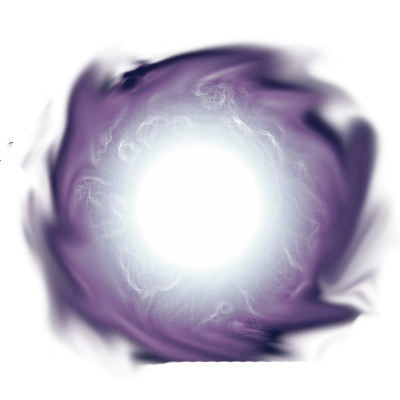 *She can retract her teeth to seem harmless
*She can
Demi God Power
*She can see everything moon sees
Weaknesses:
*Her siblings
*Her parents
*Her Scales
My Magic Accessory: Luna's magic accessory is a red scarf. It has her parents symbols embroidered into it. Also it has a lamb embroidered into it because it represents innocence.
(Her scarf 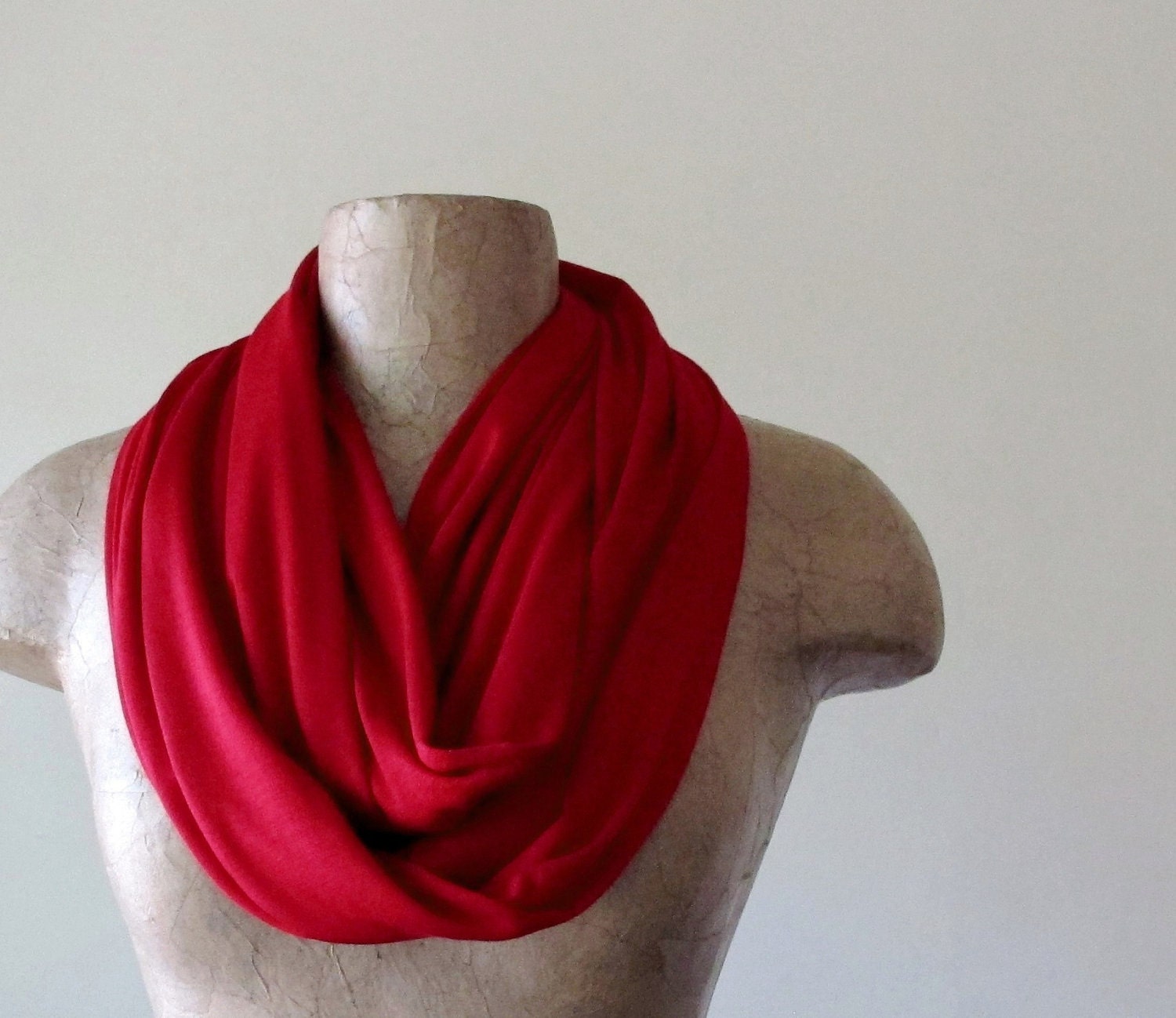 Combat Style: Screaming for her Mother or Father.

Background
History: Nimbus and Astral sitting in a tree K-I-S-S-I-N-G, first comes love, then comes marriage then comes.........AMAZINGLY CUTE LUNA!
RP Sample:  (This is in one of my other characters) It seemed the world seemed to pass by the male as he flew, his transparent wings stretching to their full length. It was evident that this was not the males natural habitat. He was an Icewing, thriving in the land of ice and snow, not in the forest but of course who didnt want to try something new. Polaris has changed his dark blue scales to white, making it seem he looked more like a Lightwing. He wanted that effect so he wouldnt be asked questions about why he got here. Casting his dark blue oculars around the terrain he dove, his wings tucking close to him as he though he should attempt flying through the many tree's. It was a idiotic idea and it was just for fun. No harm no foul. The worst he could do was break a part in his wing he and he was sure that wouldnt happen. Pressing his large wings against his body the male began zooming through the tree's at a fast speed. Of course it was not as good as a Skywing as he was larger, built for thriving in the snow and fighting head on. A triumphant roar emit from his maw as he flew past the tree's. He shoulder bumped one and it looked like turbulence on an airplane, the whole body shaking slightly. Regaining his composure before he could hit another tree the male kept going through the trees. Looking back he saw the large indentation of his shoulder on the tree. Letting out a deep melodic laugh he kept going. Turning his head back around a large brown shape came into view but it was too late. He had turned his head too slow. The male tried to stop but it was no use, the only thing he could do was brace for impact.

A sound of surprise and pain emit from his maw as he slammed head first into the gargantuan tree. The tree shook but yet didnt fall. A growl rumbled in his chest as the male was stuck there with his curved horns in the center of the tree. Pressing his forclaws against the tree he pulled, a creak coming from the tree as it swayed and danced. Another growl emit from his mouth and he tried again. He was not used to this, running into a tree. No this was not something that would happen to an Icewing. "This is why I dont go into the forest!" he shouted loud into the forest, his deep voice bouncing off the tree's and echoing through the forest. Another angry growl rumbled in his chest as he pushed once more, finally out of the tree's grasp. He let out a surprised sound as he flew backwards and hit the tree behind him, his back slamming hard against the bark. He groaned and plopped onto the ground. "Forests are cruel" he muttered with another groan. Getting up on his feet he began walking through the forest, his head low and his wings tucked tight to his sides. His shoulder throbbed, his back ached and most of all his head pounded with an incoming migraine. A unhappy growl emit from his mouth and echoed through the forest. For once he didnt care. He wanted everyone to hear how angry he was. 'Let them yell at me for being to loud!' he though angrily in his head. It upset the male at how much he had just humiliated himself.

Finding a clearing he breathed out a sign of relief. He though the forest would never end. Plopping down on a large boulder he saw a large lake in the middle of the clearing and smiled. Now this was his kind of fun. Jumping into the lake he used his ice breath to freeze a bit of the water, just to make himself more comfortable. Sitting in the water he let out a content sigh. This was the life. He had everything right at this moment except one thing. Shaking his head he sighed again, his azure oculars casting over the terrain again. The water seemed to sooth his aching back and shoulder. Opening his maw he let out a yawn. Man was that a workout. He now appreciated Skywings so much more.

- RP Sample: (Provide a RP sample of how you would roleplay
This is blank, I'd prefer it if you'd write one, a tiny one is fine. Like, 3 sentences?

- height: Luna is four ft tall, smaller than her mother
As a full grown dragon or as a hatchling?

If your going to be physicaly strong with the moon then put your 10x stronger with the moon out and 50x stronger on the full moon. Also you might want to add in the being able to store moonlight and use it during the day otherwise you'll only be getting stronger at night. Refer to my app for a better explanation.