Top posting users this month
Who is online?
In total there are 5 users online :: 1 Registered, 0 Hidden and 4 Guests :: 2 Bots 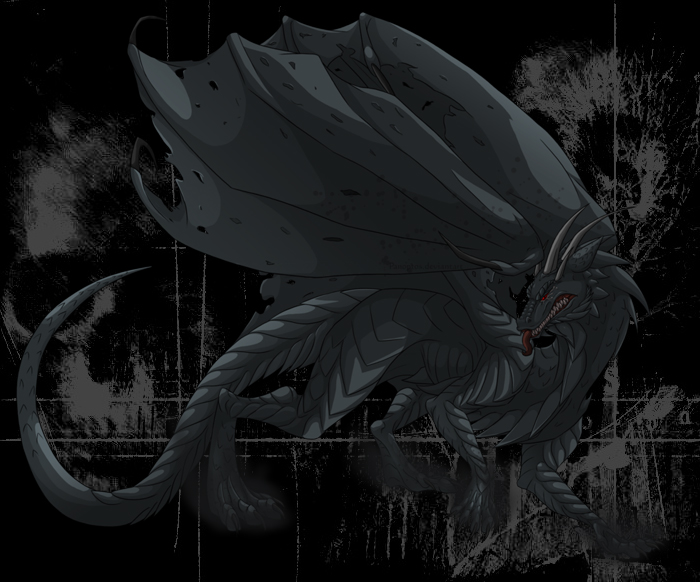 Personal Info
Name: Shadowis
Nickname: Shade
Age: Young
Gender: Male
Personality: Shadowis is a rather eccentric dragon. He usually acts weirdly and speaks in odd ways. He's a friendly dragon that has always something to say, and likes to nose into meetings between other dragons. He's naive and distract, but also smart and careful. He doesn't take situations seriously and tends to relax, prefering to improvise on the moment. Shadowis would sometime appear lazy, but he's indeed just confident. He's quite pacific and apparently a harmless dragon with a happy and jovial attitude. However he has an aggressive side that he would occasionally show against brutes.

General Appearance
Height: 20-25 feet.
Scales: silver and black
Eyes: red.
Appearance: Shadowis is a pretty dragon with a sinous and thin body. His scales are black with silver tonalities. He's small for the NightWings standard, but he's a young dragon afterall.

Skills and Abilities
Strengths: Shadowis doesn't have any particular strenght.
Special Abilities:
Shadow companion: His own shadow can assist him in battle, effectively attacking other dragons. The shadow is in fact a sort of trustful ally that usually takes a physical form to help and support Shadowis. Everyone can notice the shadow moving, but Shadowis himself is totally unaware about it. The shadow always appears when Shadowis is distracted, so he never gets a chance to see it. Shadowis has apparently no control over his shadow. Indicative picture:

Weaknesses: Light is a common weakness. The shadow can be attacked and knocked out, though it can't be killed. Shadowis isn't able to meld into other shadows or read minds.
Combat Style: Shadowis doesn't have a real combat style, improvising on the moment. It's usually his shadow that fights for him.

Watch out about my other accounts: Atlantis, Zephyros, Volcanis, Glacier and VenomTail

Re: Shadowis, the Dark Claw [Definitive]