I will not stand by anymore and be prosecuted like this just because there are moderators who obviously act on judgement and not the professional order. They said make a topic so fine. I've had enough of people down right degrading me and i get no damned justice. Even the freaking moderators are being corrupt, now i've been really depressed lately and only wish to be helped out. Yet EVERYONE ignores me after i see certain members [who i won't announce their name] Get on the chat and speak of pretty negative and horrible things. People help them and understand. I can go all day about it and no one cares, im forcefully banned by moderators who in particularly have grudges with me. These are the ones who do not get along with me. They do not see how it feels if it were to be them who were begging for help and yet everyone just says i dont care or even just bans you because they are annoyed. That is nothing but hatred! Why everyone else? I mean you see topics here on how people say they're so hurt and people are there, what did i do to you DRF? Really what? I am not the victim nor am i the one at fault here. I understand me and a few members do not get along but it's going out of control now. What? I am not allowed to defend myself? I defend myself from those people who constantly harass me and yet im the one being banned because they are all 'buddy buddy' with the mods and admins. Im sick and tired of it, you dont need to side with me or anything. You can listen to the people especially volcanis who will get on write some really long pargraph EXACTLY explaining how they directed me to the topic and how it was my fault~ And souly my fault that i was banned. I mean it's pretty damn obvious on what they'll say it's ALWAYS the same. And if you think in particular this is some damn temper fit or anything how about YOU put yourself in the same position i am in and see how you'd feel if no one was on your side and people constantly blamed you for being the bad one. Most of you know me, am i what they say i am? Honestly give the truth am i really that bad? I've seen i've shown nothing but my best respects to those out there and retaliation to those who are arrogant and stuck up.

I also want to make it clear of the INJUSTICE that is being served around here. I've been constantly harassed, bullied, insulted, degraded and offended by Virlym Who does nothing but mock me, insult me, call me things like "Yer scum" or "Your such a loser" or just mock everything i say or do. OK maybe it is not cyber bullying for anyof you to disagree or dislike anything i say. But those words in particular ARE. What would YOU say if someone got on everyday made you feel bad and TELL YOU THOSE WORDS? Really what? Would you sit on by and say he's right or will you step up? I tell the Mods and admins and all it was nothing, i told Astral and all she did was focus on banning me because i was depressed. Now come on, i understand we need to relax. But WE'RE ALL HUMAN! We get depressed, we get angry, we make mistakes. All that you CAN do is HELP and be the BETTER person who isn't turning someone away because they need help and you want your personal space. Look out there of the homeless who are starving and beg for food what do you think most people do? Tell them to go away and go somewhere else. Because they are bothered by them that is no different from this situation and that is the cruelest thing one can do. I Understand we all need to relax and escape those harsh issues, but maybe if You HELPED then you could ALL enjoy and RELAX.

Anyway, that's all i have to say. I really feel bad and hope those people who just look at this and ignore it or even side with those people who will come right now and tell you everything i told you they would. i am not alone nor am i the worst Case. You all have feelings. You all have been hurt and Depressed. I want you all to look back on those times and remember the pain it caused and then try and say one of them is right. Please, just do that one small favor for me. Thank you.
_______________________ 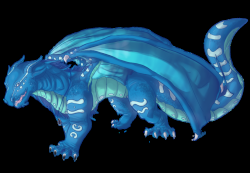 Alright guys for this topic 1 rule,

whoever has a grudge with each other on this site, smother it with a atomic bomb okay? Okay, alright shao, I do acknowledge sometimes the mods and admins has impaired judgements because were human too, but with the part about vir, yeah posting inappropriate stuff like that should be a ban that's a HUGE offence!
_______________________
Prototype picture of Arcke by Shiningwater! Thank you for drawing Arcke-Kun!

Woot infamy. All I ever wanted tbh.

Impressive post. You should do more RPing on the site I would really enjoy it.

Alright down to business. Where to begin?

First off the staff members here are not corrupt and we do not treat our friends with favor. If Phantom was spewing crap I wouldn't hesitate to correct her if I could. Obviously I'm not an admin anymore so I wouldn't be able to.(not that she would ever do that) Second I hold nothing against you or any of the other members here. Including ones that have done wrong in the past.

Virlym has been banned from the chat, so you need not worry about that anymore.

As for the chat thing it wasn't that you were ignored you just weren't noticed and when you were noticed we asked what you wanted help with repeatedly and you ignored and continued to complain at which point the member and myself asked you to take the issue out of chat and make a topic out of it if you so desired which you also didn't comply with. FYI your ban from the chat is only for one day.
_______________________

@Astral: Thanks for the compliment. However that is not true, yes i was not noticed however i was not asked of the issue. I was repeatedly ignored until Volcanis had requested i make a topic on the such. I Am very positive that i was not asked on truely what was the matter but directed to the Topics in which then i began monolouging about it. Thank you for your post but that is not true. And For your information, bannings in chat are timed based on the seriousness of the violation. Me speaking my word should not be a day. For that is harsh on such a semi-moderate to even low violation. Hours if not minutes are what was originally the punishment. Phantom if you are seeing this or Trinyah, i wish that the unjustiful "Punishment" Stays in favor of astral but the time limit turned down to a maximum of 1 and a half hours. Because personally this is my final day and i dont appreaciate that i lose that day by some person behind a computer because this is my only source of Communication. I wish to go back calm and not stress thank you.
_______________________

Volcanis wrote:yes i was not noticed however i was not asked of the issue. I was repeatedly ignored until Volcanis had requested i make a topic on the such

The fact that people haven't asked you about the issue, don't give you the right to bring so much negativity in the chatbox. Perhaps you don't realize that, but you were bothering other users with your behaviour.

I have seen you writing stuff like "I'm going to kill myself" or "I'm going to have an arrest cardiac". I believe this is the point where the argument should be taken out from the chatbox. That's the reason because I have suggested you to open a topic. My attempt was to keep a peaceful atmosphere in the chat. That's all.

This is my personal interpretation of the fact.

I think your problem is that you simply keep looking at enemies everywhere and you misunderstand that other people are trying to help you. 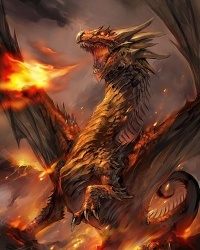