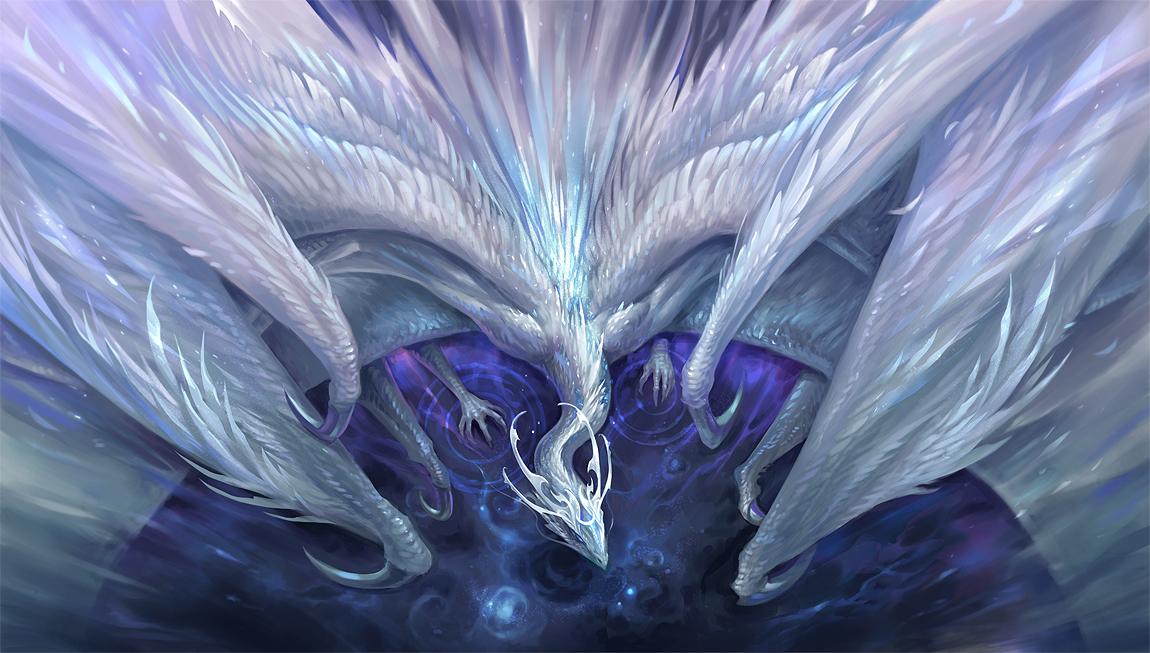 Personal Info
Name: Helia
Alias: Lia, although no one calls her that anymore
Age: 38
Gender: Female
Sexuality: heterosexual
Personality: Helia is a quirky and usually very open dragoness. She likes to be out and about, spending most of her time in the skies, studying stars, astronomy and meteorology, which is why she is rather interested in the SkyWings and their natural affinity for Thunder and Wind. She has a great interest in other dragons and their abilities, the way they shape their environment and the climate. She always seems a little bit overzealous and with her head in the clouds, as she tends to speak very fast when she is excited or doesn’t speak in full sentences, just assuming her conversation partner can follow her thoughts. She is open and mostly accepting of dragons and lesser species, however seeing herself as above humans and them as a threat to her kind. She doesn’t concern herself with a lot of politics, preferring to stick to her research or travelling through the skies. While some dragons would think of her as good company, and describe her as a god listener - even though she might be constantly flitting about while you speak - most dragons see her as somewhat of a shrew and not quite right in the head and they might be right. The dragoness with the crystal scales likes to fill silences and talk, often times to someone not even there, which confuses most visitors. Only a few know to place the spoken names with Helia’s deceased sisters. Usually you can find her gliding on air currents, just enjoying the wind in her wings. The Sky is more of her element, then the ground where she tends to be very clumsy and often times pushes things off tables with her tail or stumbles over her own wings.
To those who look very closely and with patience, a great sadness is revealed in the starry eyes of this bubbly scholar.
Fears:
Dark nights on the ground
Battles and invasions, wars, murder (Which is why she keeps out of politics)
Silence
That one room on her housings
Strengths:
Long distance flights
Hovering in mid air
Her intellect and knowledge
Making formidable tea
Talking
Weaknesses:
Often times very distracted and overlooks things
Very clumsy, mostly because her wings are in the way
She won’t fight if not absolutely necessary, therefore easy to ambush/kidnap/etc
Talking about her sister’s and their deaths, or her involvement in the fight against the monsters will always lead to her changing the subject at every cost or falling into a cathartic state, therefore easy to manipulate

General Appearance
Height:42ft
Scales: white-ish blue, a little similar to an IceWing’s color scheme, but of a more cloudy and pearly white. Most of her scales look like crystals due to their coloring and reflection in sunlight, but they are scales, with pointy tips. Her wings are covered with feathers at the fronts, that fade out the further back they go
Eyes: sparkling gold before black background, they look like a starry night captured in her eyes
Appearance: Even though she is quite large for her species, Helia has a slender body and head, which gives her a very dainty look. She also has three sets of wings that overlap each other, but don’t give her any great battle advantage. She actually tends to stumble over them quite a lot when she is in thought. The tips of her wings end in quite big talons of the same crystal color as her wings and body. She also has two intricate horns on her head and feathers that slowly fade away over the lengths of her wings and sit on top of her normal scales. Her claws and paws are of a smaller version, fitting her slender figure and aren’t very useful in battle except to hold onto a tree or something. Oddly, a rather great amount of scars covers her body, partially hidden by feathers and overlapping scales.

Skills and Abilities
Normal Abilities: Helia has the common LightWing breath attack of condensed light and can change the colors of her scales, although she seldom makes use of the latter. The talons on the tips of her wings can also cause severe damage, like the claws of any other dragon would. Thanks to her three wings (when she is not stumbling over them) she can hover mid flight more easily, but they give her no greater speed and a disadvantage in small or crowded spaces. (I might want to purchase a special ability for those wings of hers, later on in the RPs)
Special Abilities: Mirrorglaze: Helia uses her natural ability to change colors and her affinity for light to turn her scales into a kind of mirror of her environment, allowing her to completely blend in with her surroundings, making her nearly invisible for everyone. This is somewhat draining and limits her movement greatly. The effect only lasts for 3 posts and can only be used three times a day. Since her three wings are rather loud, opponents and other dragons with good hearing, or focused on hearing, can hear her advance, even though they won’t see her, which is why it is most effective in high altitudes where she can glide on air streams without having to flap her wings.
Combat Style: Used to be rather stealthy, preferring aerial battle and high altitudes, where she could easily use the clouds or clear skies to her advantage using her mirror glaze. However she doesn’t fight anymore.

Background
History: Helia grew up a normal hatchling in the LightWing territory. She didn’t have a very spectacular childhood, which would make it worth mentioning a lot of things. She did have a very, very close bond with her four sisters (two younger, two older ones) and always had a great interest for nature and the dragon’s footprints in the environment. Her parents died a peaceful death and her and her sisters stayed together, having promised their parents to always look out for each other.
Each of them followed their own path, but staying in close contact and pretty much living as neighbors, if they even moved out. Serilla, the eldest, began training to become a LightWing Guardian one day, while the second eldest, Kyrith, found a mate and planned on starting a family. Her two younger sisters, Hashal and Geroween, dreamed of one day becoming a healer and a great politician.
Only when the Monsters came and invaded the territory did their life completely change.
The first wave of attacks hit them just as everyone else and suddenly the calm and friendly sisters were forced to fight. Serilla kept them safe for a while, showing them how to fight. They survived the night and the next day, and joined the call of Attor to fight the invaders.
This decision, although carefully discussed, was still one of Helia’s most regretted memories. The first to die was Hashal, the youngest sister. And one after another, they fell until only Helia was left. She left the war, left the invasions and came back to their home, packing everything her sisters and cherished and leaving, seeking out a high mountain top, where the wind howled at night and promising never to return to the battle field, never ever making the same mistakes again and disappointing her sisters.
RP Sample: (Provide a RP sample of how you would roleplay. Optional)

Pic Source: https://www.deviantart.com/sandara/art/White-Crystal-Dragon-639488878
Also here is a little track, which gave me some inspiration for this Character

As for her special ability, having it stop working because of a sudden movement would make more sense if she wasn't a purebred LightWing, or maybe just a young Hatchling who hasn't mastered her natural abilities yet. But seeing as she is an adult and a purebred, putting this in is rather limiting to the ability, and an unnecessary limitation at that, since her wings make enough noise that one can still find her. So you can take that part out. The 3 post duration and the loud wings are good enough limitations/weaknesses for this abiility. But if you want to have three, you could do something like a sudden change in the environment reveals her; for example it suddenly starts raining: now you can see her because of the rain bouncing off her scales.
_______________________
Astral's favorite person. ^.^

I edited the app and took out the parts with tight turns, since that makes much more sense, now that you said it. I added the long distance flying from her strengths to the normal abilities instead of the tight turns.
I also took out the tight turns and sudden movements as a limitation to her special ability, without setting something in its stead. Initially i had wanted to make sure she isn't overpowered, but if the post limitations and loud wings are enough, then that's great.
I did add, that she preferred to use high altitudes when fighting because she could glide on air streams wihtout having to flap her wings, so she wouldn't be heard.

I'd also like to keep the three wings. Since she's already grown up, she had lots of time to practice flying with the wings, but probably had a lot of trouble with them as a hatchling (should I add that to the app as well?). The wings work nicely with clumsiness, which is why i like them

Well putting the long distance flight in with your normal abilities and saying it's because of her having three sets of wings makes it unique to her, which would make it a special ability. But everyone can fly long distances unless they have some kind of injury or weakness that prevents them from doing so. Also, having two extra sets of wings isn't going to allow her to fly longer distances unless you're able to only use one set at a time. Otherwise, they'll just tire at the same rate as anyone else.

It's not necessary to add that she had trouble with her wings as a Hatchling.

If you're going to keep the three sets of wings, then it should be in her weaknesses that she is clumsy because of them.

Hm, that's fair, I'll take that out again then. And I'll add the clumsy because of wings to the weaknesses as well

As for the tea part: It's just something she's good at. Doesn't have a particular use in battle but she enjoys a good tea and it's nice for when you just sit together to chat

Strengths and weaknesses don't need to be applicable to battle. They can be anything physical or mental. That's why I asked about the tea, because it doesn't seem like something she can use to her advantage in any part of life. Seems more like something she likes doing. But it's not that big a deal since you do have some actual strengths.