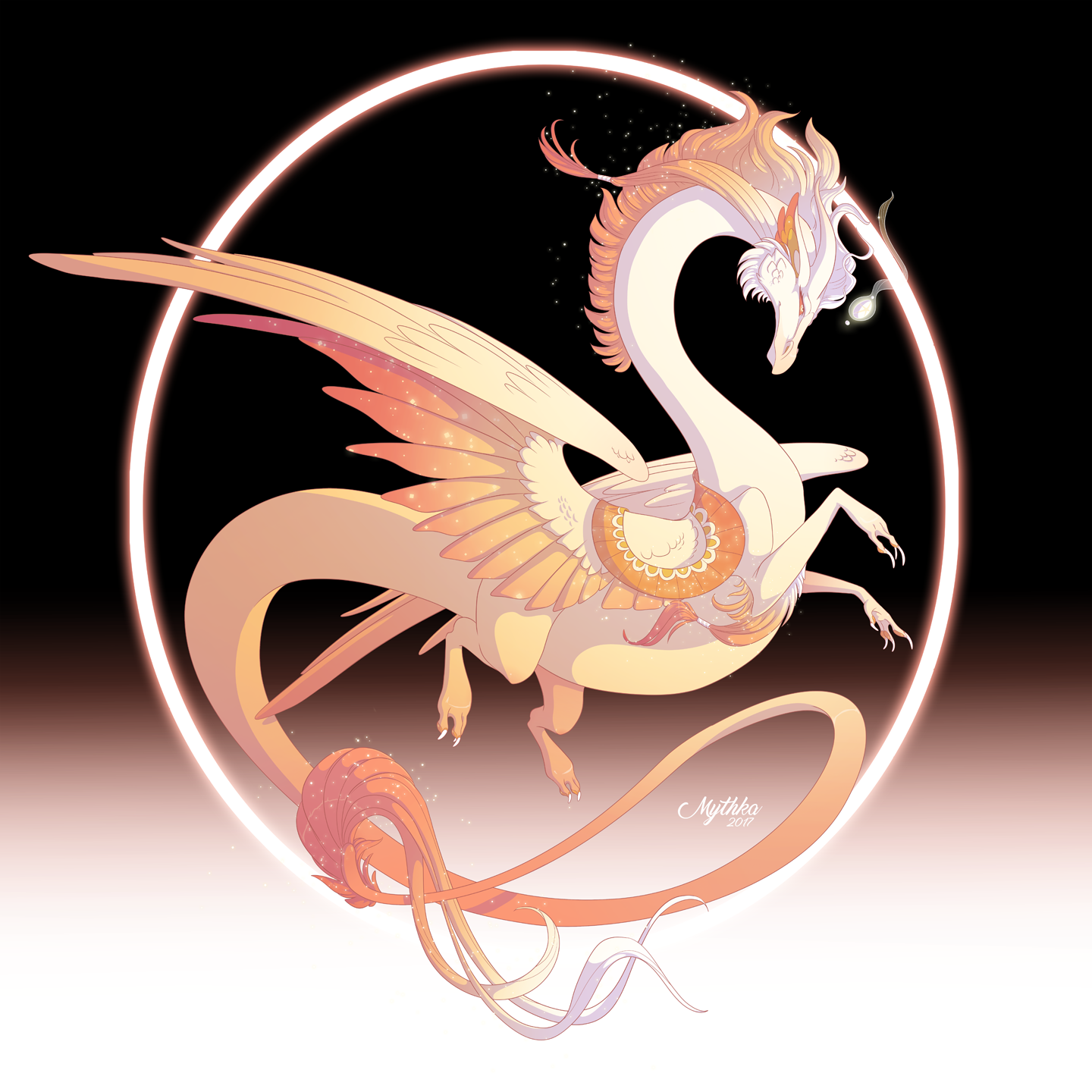 *Pretend she has wings in this picture

Type of Character: Dragon
Link to Character List Page: http://www.rpgdragons.org/t5429-hydrangea-s-characters
Personal Info
Name: Draciel
Alias: Draciel, or Quick Strike.
Gender: Female
Age: 39 years old
Personality: Draciel is a middle aged Skywing who prefers to be alone. She was born deaf, and prefers to stay away from others. She is cunning, which makes up for her lack of physical strength. Her mass amounts of hair act as solar panels, and collect light and static, for her to discharge. when she gets mad, she turns gray, and her hair starts to buzz with electricity. She is easily offended, which leads to her anger. Most of the time, she is extremely gentle. She got the nickname "Quick strike" because she is extremely fast to strike an opponent. She can read lips, because she is deaf, and has no other way to understand what the other dragon is saying.
Fears: She fears death and what other people think about her. She is very insecure. She is also afraid of death and manticores.
Strengths: Her cunning and speed make her extremely good at fighting. Instead of hearing her opponents coming, she can sense the vibrations in the ground, and tell if they are close.
Weaknesses: She is not good at hand to hand combat, because her physical strength sucks. She relies on sensing the vibrations in the ground, but sometimes they can get a strike on her from above, which it is easier to hit her then.

General Appearance
Height: 23 feet tall/ 42 feet long.
Scales: Can vary. She is mostly a bright pink and whitish color. her head is white, but slowly turns to pink as it goes down the body. if she is mad, she turns all gray.
Eyes: Pink or Maroon red (if angry).
Appearance: She has white scales, which fade down to a pink or peach color as you go down the body. She wears a blanket decorative lace on her back. Her hair is seen tied back in some places, with a metal buckle. She carries around, a blood stained knife. This was a gift from her mother, before she died. When she gets mad, she turns completely gray, and the buckles on her hair snap, revealing lots more hair that when seen before.

Tribe Information and Status
Tribe: She lives with the Skywings.
Inheritance: 50% Lightwing, 50% Skywing
Rank: Guardian
Family: All deceased
Mate: None, but maybe in the furture.
Hatchlings: N/A

Skills and Abilities
Normal Abilities: Like usual, shoot light and shoot lightning. Her light is half the power of a normal Lightwings, and her lightning is half the power of a normal Skywings. She prefers to kill stealthily. She will almost never use physical strength, unless they are as weak physically as her. Even then, she will rarely resort to close combat.
Special Abilities: Protection Reflection
This is her special move. She changes the color of her scales, to a weird, undefined color which reflects light from all angles. This will blind them if they look directly at it. They could look at her from the corner of their eye, and be fine, but they will be momentarily blinded if direct contact is made. This blindness effect lasts 5-6 seconds (1 post, rarely 2 if it is bright enough). The color fades back to her original color after the opponent has regained sight. It is not a flash, but will keep reflecting light. She can use this every 5 posts.
Combat Style: She prefers to be stealthy and quick. She likes to hide in the trees/dunes (It depends on the biome.) and use her breath attacks to hurt them, until they are weak enough for her to kill head on.
Background
History: She lived a normal life. Her sister died when a manticore carried her off. She and her sister were young at the time, and Draciel was born deaf.
RP Sample: No

Seeing as you are not a new member and do have other characters, please add the link to your character list. If you have not made a list (of your approved characters) please make one in Character Registration.

You say her height depends on whether she is standing on all fours or--assumingly--on her hind legs, but only give the length for the former. So I'm guessing her actual height is 23ft and you just added in her length as well?

You forgot to put her age.

The special ability is a little odd. Typically, abilities are magical or related to one's heritage, and can be used in combat. Your ability is less an ability and more just giving yourself a way to carry objects without using your paws, tail, or a satchel of some kind. Also, even if a special ability isn't intended to use in combat, it should still have a limit to how often it can be used, which is also why I'm having a hard time evaluating this. What sort of items does she put in her hair?

As for your combat style, it contradicts your weakness. You say she isn't physically strong, but then in combat style, says she likes fly at top speed to hammer an enemy's skull repeatedly. If she is physically weak, what exactly is she using to bash skulls with? And what is her top flight speed?

Dragons don't use human weapons like spears and knives, so you might need to come up with other objects to use for size comparison for the large and small object examples.

Can her hair actually move on its own using magic, or does she manually wrap her hair around things to hold them? I'm asking because, if the former, then she can't have this as an ability yet. Instead your special ability would simply be that you can use magic, then once you have acquired enough DP, you can purchase this ability to use your hair to hold things. If the latter, then as I said, this isn't really an ability, so you should try to come up with something else.
_______________________
Astral's favorite person. ^.^

I revamped the Special. It completely different now. Anything else?

Ye i got discord. Thanks! I would love the link!