While traveling the world, Orkev comes across a strange ripple in the fabric of reality. After studying it he gets tackled by a monster through the strange ripple. Orkev doesn’t know what happened to the monster, But while falling he crashes into what looks like a giant metal ship that flying in the sky. After hitting the ship and causing it to crash land the beings inside come out to see what wrecked there vessel, and as they saw the thing that did it, they notice it was almost dead or injured by it crashing into there ship. One of the beings step forward, and is wearing a suit that seems to be made of organic metal that has gold trimming on the shoulder and a gold visor the figure command the crews and machines on the ship to harvest everything of the beast that crashed there vessel to repair itself and to get new properties. As the processes starts Orkev sprit awakens in a strange world filled with symbols and words he doesn’t understand, while he looks around the new place he finds him self in he sees a weird looking hole in the wall of this blue world. He decides to walk into the hole or is it a door way, Orkev doesn’t care but as soon he walks through the opening he is bombarded with knowledge of the ship and the creatures aboard and there culture. He finds the ship is called oath breaker, and the creatures seem to be evolved humans to live in the black depths of space, and that they genetically enhance them self’s in order to keep the human race alive after a mass extinction event on there home world. While Orkev learns this. the ship has absorb Orkev body and the new form of the vessel is now a crystalline space fairing ship that shoots lasers from the spires on the top of the vessel, with some type of automation crystalline drones that come out to act as fighters when in fights. When Orkev learned of this he gets extremely mad at the humans that are now inside him, or his new body and plans to kill all the humans on board him. When Orkev thinks to him self how was he going to get back home he doesn’t remember where the ripple is, but if there where more he could try to find a new one to get him home, and maybe get his original form back. But first orkev had some humans to kill inside the bawls of his ship form. 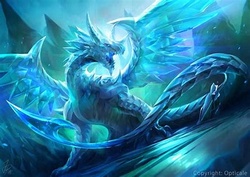 Re: the way home(story submisson also going to make it a sires)

Story Submissions need to be a lot longer than this, at least 6k words. The only reason this being awarded any DP is because you did actually write something and put some effort into it this time.
_______________________
Astral's favorite person. ^.^