Island Claiming: There are five unclaimed islands which you can find on the map of our world. http://www.rpgdragons.org/t5481-map-of-pyyria Note that the islands off the southern coast of the western half of the main continent--in the Crystal Sea--belong to the SeaWings, as the Crystal sea is their aquatic territory. These five islands may be claimed and ruled by individuals, but only after they defeat the current resident of the island--which could be another dragon or some monsters.

The initial attempt to claim an island will pit whomever wishes to claim it against NPCs played by staff. If you succeed, you may name the island. Once the island has been claimed by a member, it can be used however they wish. Don't get too comfortable, though. Ownership of the island can be challenged by any character. The intended purpose of the island will also change with ownership (the same way a Tribe can be revamped when it gets a new leader). The island's name may be changed by whoever currently owns with DP. The amount will be determined later.

If you wish to attempt taking an unclaimed island, contact Astral/Celestia, Tenebris, or myself. Let us know which island you want to try claiming, and with which character, then make a topic in the Combat Arena. http://www.rpgdragons.org/f59-combat-arena If you want to challenge for an already claimed island, contact the person who currently owns it, then both parties should notify staff so the attempt can be monitored by a combat rp judge (Astral/Celestia). Again, the topic should be made in the Combat Arena. You may only attempt claiming an island once a month. That means if you fail to defeat the NPCs or the current owner, you must wait one month before you can try again--and that's a real life month. There is also a month grace period for those that have just claimed an island. When that month is up, an announcement will be made that that island is now up for grabs. (Note that for the moment the once a month attempt is for all islands, meaning if you fail at taking island A, you can't try to take island B, C, or D until that month has passed. This may be changed in the future.)

Humans may try to conquer these islands as well, just realize that you're a human going up against dragons or monsters or even lesser species. 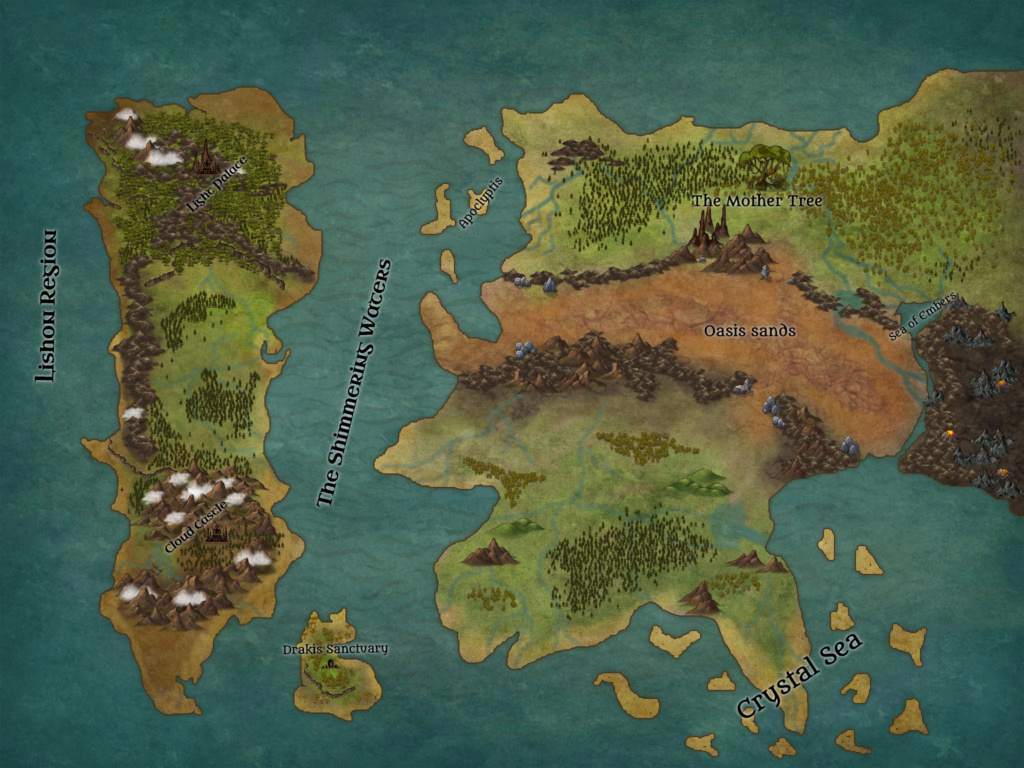 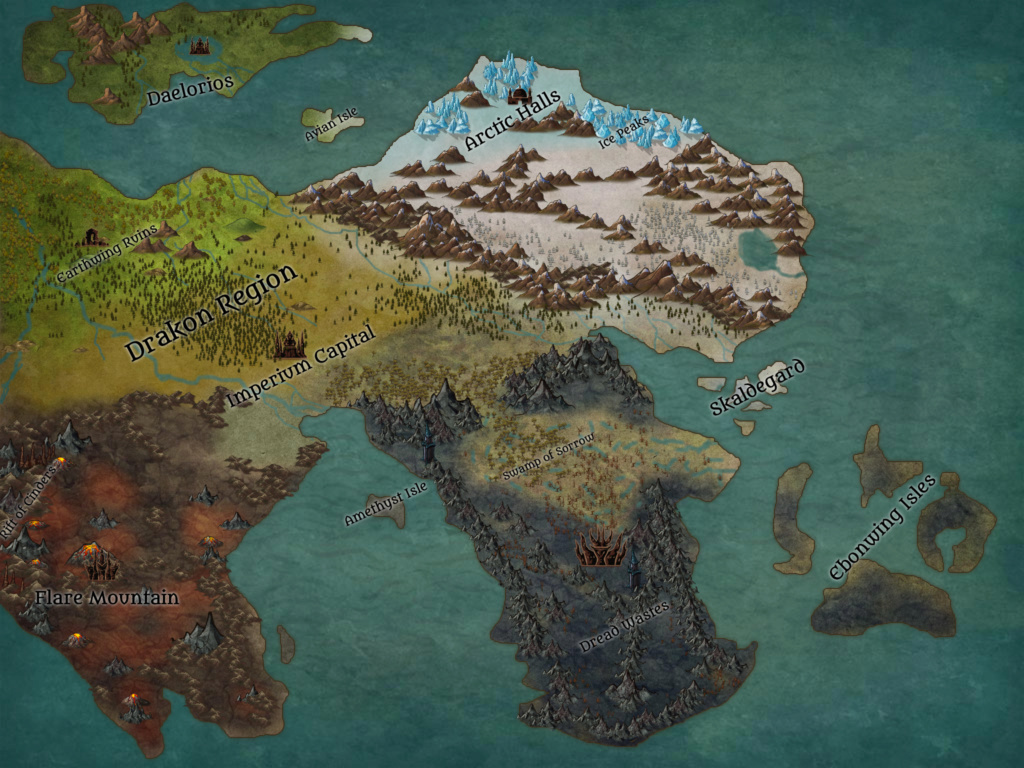 1. Apoclyptus - 1st attempt to be made by Lori [Abandoned]

3. Unnamed island - 1st attempt currently being made by Wake

4. Unnamed island - 1st attempt to be made by Ragnarock

5. Unnamed island - 1st attempt to be made by Tharasis [Lost, now open]

I didn't have anything to circle the island so I cropped it the best I could. It's right above Wakes. 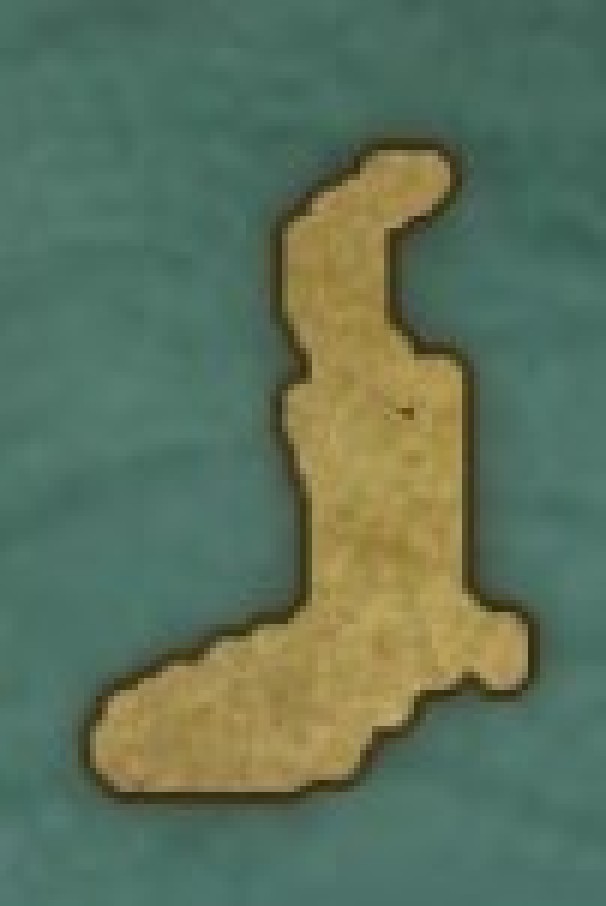 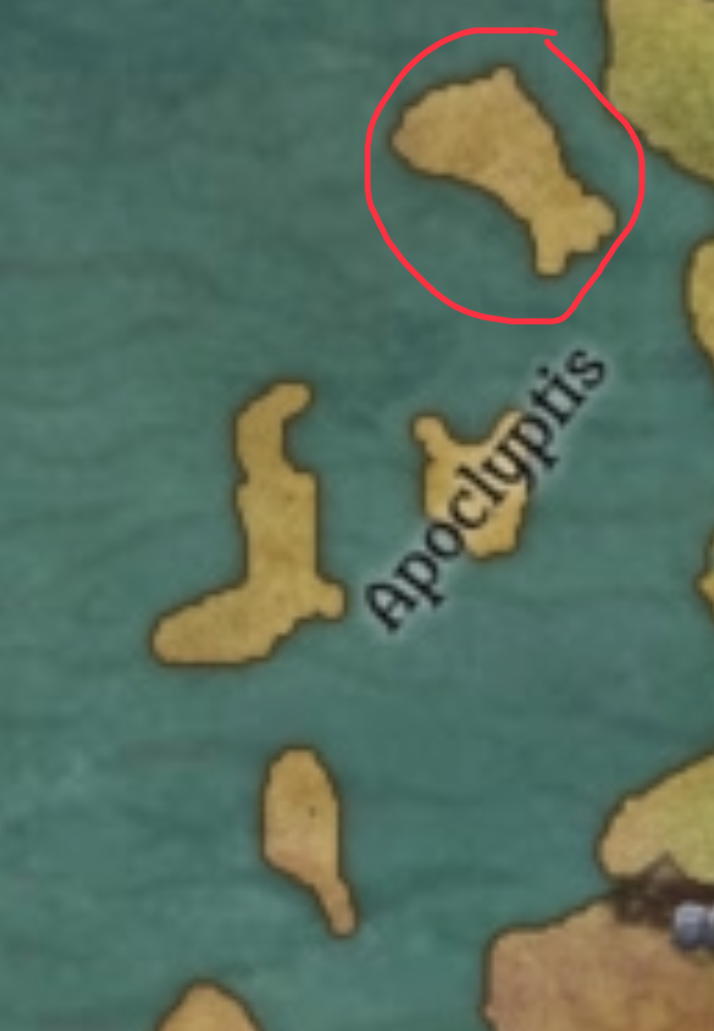 I wish to claim this bountiful island as my own.