Status of Pyyrhia: Aftermath of the Monster Invasion

Status of Pyyrhia: Aftermath of the Monster Invasion

It’s been two years since the Monster Invasion of Pyyria. The future looks bleak, uncertain. A lot has occurred in those two years, and no doubt, much to come.

Perhaps the biggest shake caused by the monster invasion was the loss of faith. Many temples were destroyed in the invasion. Almost no followers remain after this loss, and even the gods themselves are shaken, with only three, with a fourth hidden, of the original seven gods remaining.

Astral has hidden herself, her whereabouts and presence over the mortal realm has disappeared.

Kelarth has gained one prophet, Yalaruh, and has one follower Wake.

Kayin has one follower, Baldirak Sapiens Draco, but no prophet.

Paradox has neither followers nor prophets.

Status of the Tribes

The Twilight Imperium was one of the arguably strongest alliances made, consisting of the superpowers of the FireWings and NightWings, as well as the bulky, though diminished in numbers of the EarthWings.

After the monster invasion, the Twilight Imperium dragons were forced to flee to the Isle of Aeterna Dominus, more formerly known as the EbonWing isles. Although they took a great loss, the Twilight Imperium was arguably the least affected of the tribes, due perhaps to the numbers that survived, their continued authority and leadership, and their resources at hand through their various island territories. Although thousands of their members were killed, they still managed to gathered together with their three leaders to strengthen their remaining numbers and begin devising a plan to survive…

Notable survivors of the EarthWings:

Notable Survivors of the FireWings:

Notable Survivors of the NightWings:

SkyWings and LightWings, and the formation of the Starlight Order

The LightWIngs and SkyWings were nowhere near as militarily adept as the Twilight Imperium, and thus were not nearly as well prepared for the invasion. Not only that, but the LightWings’ old leaders had also disappeared shortly before the invasion.

The SkyWings’ leader, Attor, managed to gather the remaining survivors together in an encampment in a relatively safe, isolated location. However, because of their lack of leader and already former alliance, many of the remaining LightWings agreed to come together under the rule of Attor.

Due to this unprecedented genocide, the tribes of LightWings and SkyWings are no more, unified as one individual tribe under the name of the Starlight Order. And although the order is now the sole tribe between the two, there still exists the two separate species of SkyWing and LightWing

Being leaderless, when the monsters, arrived, the IceWings were so disoriented that they were not able to reach contact with their allies the SeaWings. The IceWings themselves fell apart rather quickly, and only recently, after two years, were they able to gather together again to even begin to think of a plan.

In case of emergencies, a vault was erected in a mountain, only planned to house the royal family. Virgo, former IceWing leader, managed to locate several surviving IceWings and keep them safe within the vault, though the future of the IceWings is still up to the claws of fate.

The Fate of the SeaWings

But perhaps the hardest hit tribe were the SeaWings. Leaderless, the tribe was left in disarray upon the monsters’ invasion. This lack of safeguarding, lack of authority (as the tribe lacked a leader at the time), and the lack of organization, is what ultimately led to the untimely demise of the SeaWings.

The last few members, after two years, were slaughtered. Any remaining SeaWings had fled their home completely, choosing to become wild and rogue. The SeaWing species has become almost extinct, and the tribe has fallen.

All new characters made after this event may no longer be pureblooded SeaWings, unless they are children of two of the remaining pureblooded seawings left in existance. The maximum percentage of SeaWing your character may possess otherwise is 40%.

The fates of the Lesser Species have been complicated. Because the monsters more targeted dragons due to their size and numbers, lesser species have not been as unlucky as them. However, many still have suffered slavery, while others have enjoyed freedom because of the chaos.

The Unexpected Rise of Humans

Although seeming a much easier target, humans have thrived because of the monster invasion. Without dragons to bother them, they’ve even been able to expand a bit. Their numbers are soaring, economy growing, and being overall the only species of pyyria to benefit from the gruesome onslaught of the monsters.
_______________________ 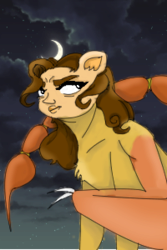 Re: Status of Pyyrhia: Aftermath of the Monster Invasion

Update: While the Tribe itself is for now disbanned, the SeaWings are still allied with the IceWings. Therefore, any remaining/new SeaWings wanting to still be in the Tribe may be. Until their numbers have grown and/or they have obtained a leader, non-Rogue SeaWings will be given the IceWings color. As for rank, existing SeaWings (meaning those who were around before 7/15/18) may keep their rank. New ones will not have a rank for now.
_______________________
Astral's favorite person. ^.^