The pale eyes of the Twilight King looked at what remained of his tribe. A low hissing growl rumbled in Baldirak's throat. He had gathered them for an important meeting. The evening before, the All-Seeing had peered into the future and seen the Twilight Imperium broken into small groups, scouring their territory in search of the monsters that claimed it. "...Now, I need a group to go to the Twilight Spire. Who among those that have not yet volunteered will go? Step forward with your name and rank."

((So in this rp, you'll travel in groups of three to a designated area in the Twilight Imperium's territory and survey the area. You're looking for monsters: how many, what kind. It's a strict observation mission, but you may possibly run into a monster and the only way to escape will be to fight it. Now for the one rule: your character has to be a member of the Twilight Imperium. Also, since this is the first AP rp, I'll award everyone who participates a couple extra AP and DP points! ^.^))

The Twilight King, as Calemvir maneuvered past other dragons feet, called for an important meeting and of course as part of the new Twilight Imperium he had not much choice but to come. He couldn't argue about the name, as he begrudgingly puts it being decent, but enough about trivial things. After the so called monsters started popping up quite a bit of chaos ensued and of course as a Vulcan, made his job harder even more now once having to tend to more requests and repairs.

"...Now, I need a group to go to the Twilight Spire. Who among those that have not yet volunteered will go? Step forward with your name and rank."

Finally, he get out of the maze of feet and managed to heard what the King said as he grunted to himself. Then looked to both sides and realized he was the first to step forward. With equally suppressed annoyance and chastising himself, he played along with it with great reluctance.

"Calemvir, Vulcan." He yelled out to be heard.
_______________________
I conquered an ENTIRE continent with only my foreclaws and head! With seven siblings that could try and murder in my sleep if they had the chance to as well! So taking over this new land? Hah! It will be childs play, EVEN if my other siblings try to stop me, I will kill all who get in my way! Colorful rant by Calemvir, Firewing Vulcan.
Characters
Dharmith
Calemvir
Phantasmas

Tormaigh flew quickly to the meeting King Baldirak had call. He was still short in his time serving has a scout, but he was proud of it either way. The thunderbird was quick to land in a big enough opening in the crowd, and fixed his eyes on the ruler. Then he heard what Baldirak had to say. 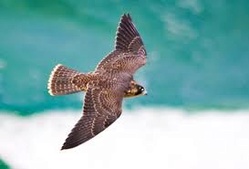 Zeoldrerrirth and Albino came last, climbing the remaining stairs of the Imperium. Albino had asked Zeo where were we going.

"Were going to see the King for a important meeting, since me and you are scouts" Zeo looked at Albino. She looked determined, like she always had.

"Now stay quiet....the king is speaking". They both sat down, seeing the other scouts. Albino and Zeo heard the Earthwing King to state there name. Zeo signaled at albino: Follow my lead, and you'll be fine.

Zeo stepped up, and bowed at the king. "Zeoldrerrith. Scout". He looked back at Albino to do the same. She was a little shy, but she gave in anyway. 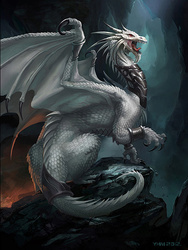 (Um, you can't use Albino because they are not a member of the Twilight Imperium...)

Three stepped before the EarthWing, giving their names and ranks. A FireWing, one of the last remaining Vulcans. A Thunderbird, a new official citizen of the Imperium and a Scout. A NightWing, another Scout. 'So this group will be comprised primarily of Scouts,' Baldirak thought, 'hopefully the Vulcan will find some use here.' "Calemvir. Tormaigh. Zeoldrerrirth. Two Scouts and a Vulcan; two Dragons and a Thunderbird. An interesting group you'll make. You will travel to the northern border of NightWing territory. It is right beside IceWing lands, so it will be cold, though nothing you can't handle, I suspect. Being that two of you are Scouts and one is permanently the size of a 1 year old Hatchling... it shouldn't be too hard for this group to go unnoticed by any monsters in the area. Do you have any questions?"

Tormaigh gave a nod as he lifted his head. He began to think about what this mission could entail. He then adjusted one the leather straps that held an emblem on his chest, his own idea to show dragons, mostly Nightwings, that he had some rank, even if it was scout. He finally opened his beak. "Your Highness. If I may ask, what do we do if we end up killing one of these creatures? Do we bring it back here?"
_______________________

It was Tormaigh who spoke first. His question pulled a growl from the King's throat, but the usual inquisitive one. Baldirak's upper lip curled slightly, baring his teeth. His head lowered to the eye level of the Thunderbird. "Let me be clear, Thunderbird. You are not to engage anything. You hide, you run, but you do not fight unless it is absolutely necessary. This goes for you all. I will lose no more to these beasts!" The King raised his head as his pale eyes closed. It was nothing Tormaigh had said that angered him, rather that he had to resort to sending what remained of his tribe into danger, on a mission they may not come back from. If Baldirak could afford to go himself, he would, but with Kenina and Tenebris away, he had little choice.

"Forgive me, Tormaigh. These are stressful times. If you find yourself forced to fight and manage to kill whatever it is... yes, bring it here if you can. If not, leave some marker and I will retrieve it myself. Are there any more questions?"

Again, Calemvir suppressed his anger after the mention of his height in comparison to the others. He paid little mind to what Tormaigh asked and focused on not having another blowout. In the forge he could get away with it, but in front of the king, not so much. Many things still had to be done and such a risk could not be tolerated considering such actions...could bring certain benefits.

The question whether he could make it through the mission, "And what if certain resources
are discovered your highness? Bring some back, or mark it for later retrieval? A reasonable assumption as to why a Vulcan would be going along, and it certainly would help considering the extra work he'd have to do. He could make and repair equipment at a efficient pace, before the monsters showed and disrupted certain locations he would sometimes gather materials from.
_______________________
I conquered an ENTIRE continent with only my foreclaws and head! With seven siblings that could try and murder in my sleep if they had the chance to as well! So taking over this new land? Hah! It will be childs play, EVEN if my other siblings try to stop me, I will kill all who get in my way! Colorful rant by Calemvir, Firewing Vulcan.
Characters
Dharmith
Calemvir
Phantasmas

Tormaigh jumped back for a second, actually scared of what the king would do, but then Baldirak asked for forgiveness. The Thunderbird could only imagine the stress the Earthwing was under, especially with how few others there seemed to be. He had been flying around the outskirts of the small patch of secure territory they had, hoping to see anyone coming and praying one of those things wouldn't find them.

Tormaigh gave the king a slight nod. "Do not worry your Highness. I can imagine your quit stressed right now. And do not worry. I have no plans on engaging those creatures, if it can be avoided." He then heard the hatchling... I mean Vulcan, Calemvir speak. His question was similar to the Thunderbird's, but Tormaigh couldn't figure out one thing about this dragon. How on Pyyria was he that tiny?
_______________________