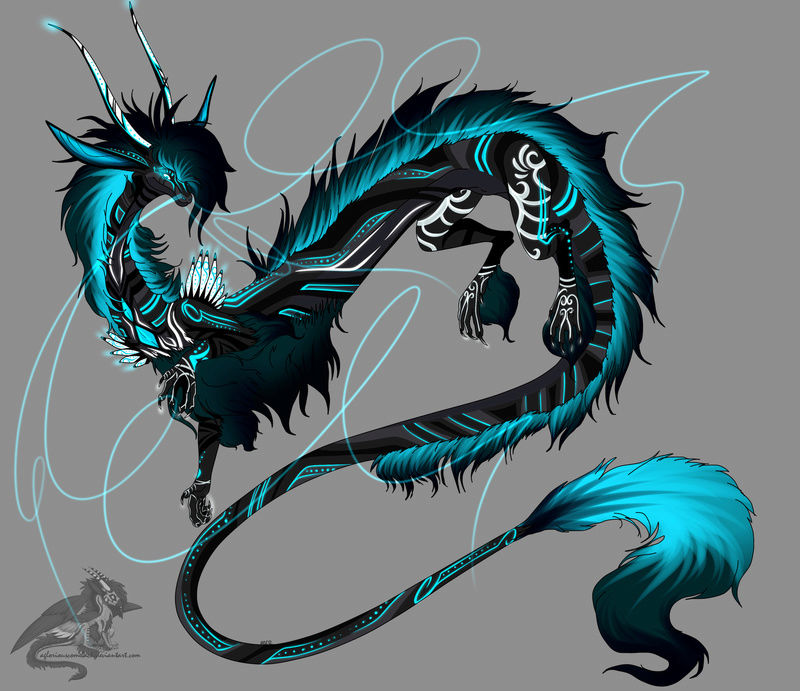 Type of Character: Dragon
Personal Info
Name: Nightingale
Alias: Night, Birb
Age: 26 years
Gender: Female
Sexuality: Heterosexual
Personality:
Let's begin by saying that Nightingale is not a dragon who jumps out at the first light of day to go make friends and do friendship stuff or whatever. This dragoness, although she doesn't mind company for a certain time, prefers solitude and being alone, home, and safe. Despite enjoying being all by herself, Night isn't shy or bashful. She sees no reason in being afraid of other dragons, since these days it seems that those of her fellow species only attack if provoked or threatened. . . And Nightingale tries to be the exact opposite of threatening. When she speaks her voice is barely above a whisper, and her tone is often tranquil and never seems to falter despite its low volume. Since she doesn't talk to other dragons often not many know a lot about her, but when she does say something it is often in kind, unless, of course, she's saying something like 'watch where you're going'.

Yep, she can get angry. . . And frustrated! She gets more angry at her own scales rather than dragons though, as she isn't keen on the idea of her emotions marching on her pelt for every dragon to see. However, when she does get agitated towards one of her own kind, she isn't one to lash out instantly. Rather, she may say some sharp remark and hope that the dragon gets the idea. It is possible for the two to make friends, although with Nightingale's secluded nature she doesn't get that many friends.

This dragoness holds pride in her appearance and always tries to make herself look fabulous. Much like birbs, she preens her scales and tends her mane to keep them in the best condition. This also makes Night very defensive as well of her belongings, and she doesn't take very kindly to insults. Although it has been said that this dragon doesn't lash out at the first instant, her anger can build up swiftly, and she can attack. It can be for the most foolish reason-- a dragon could have insulted her or threw her a threat. This gets Nightingale in dire situations that she shouldn't have gotten herself into in the first place. Pfft, silly birb. c:

Fears:
~Nightingale is afraid of being robbed or kidnapped. The concept of losing your belongings is scary, as with being taken away to be dealt with for whatever reason.
~Cages. Who would like to spend their days behind bars, never knowing when you will escape?
~Since she believes she is pretty, Nightingale is afraid of losing the qualities that she thinks make her look acceptable.
~Raise your hand if you're totally not afraid of choking, drowning, and death in general! <3
Strengths:
~Slipping into small spaces. Being given her long and slim body and the ability to coil up, Nightingale can squeeze well into small spaces and can fit snugly, as long as she has available air and a way to get out.
~Since she doesn't have wings, Night has to walk and climb everywhere she goes. This gives her strong legs for running and climbing, although she's about average speed on foot.
~This dragoness is good at executing spells and abilities, which I plan to add more as I get her more DP.
Weaknesses:
~With her bright scales, it's basically impossible for her to hide. Although she can find control over the color of her bright stripes, it's very difficult for her to do so.
~Nightingale doesn't have wings, so she is forever grounded. Most dragons are at their fastest in sky, and Nightingale cannot go into flight to flee a battle or go away from danger. This makes it easy for her to be chased down to be dealt with.
~Night also lashes out often and gets into situations she can't get herself out of.

General Appearance
Height: 17 feet
Scales: Black with various dark grey, white, and glowing markings that are capable of changing color.
Eyes: Blue
Appearance: Nightingale is a long, slim, wingless Chinese Dragon who is mainly black with a few dark shades of grey and intricate white and blue markings. She has a long, lush mane that shows up on her head and neck, back, and about halfway down the tail. The tailtip is also a huge poof of the thick, fluffy fur. It is bright blue at the roots, but darkens to black like her body. Dark fur is also on her chest and knees on her front paws and ankles on her back paws. Although the mane is pretty, the fur on her legs gets dirty quite a bit as it gets on the ground often, so they have to be cleaned frequently.

On her head Nightingale has long white horns and drooping bunny-like ears. She has very long whiskers on her muzzle that's just as long as her whole body. They're blue and almost look ghostly and like you can stick your hand right through them. She has two on each side of her face.

If you look at the picture at the top of this application, you can see Nightingale has a lot of blue. However, the blue scales and bits of fur are capable of changing color due to her LightWing heritage.

Blue is calm/content, and the standard color of Nightingale's scales.
Yellow is happiness/excitement.
Pink is love.
Green is fear.
Purple is sadness.
Orange is growing frustration.
Red is anger.
White is pain.

When Nightingale dies, her scales and fur all completely turn black and lose their color. 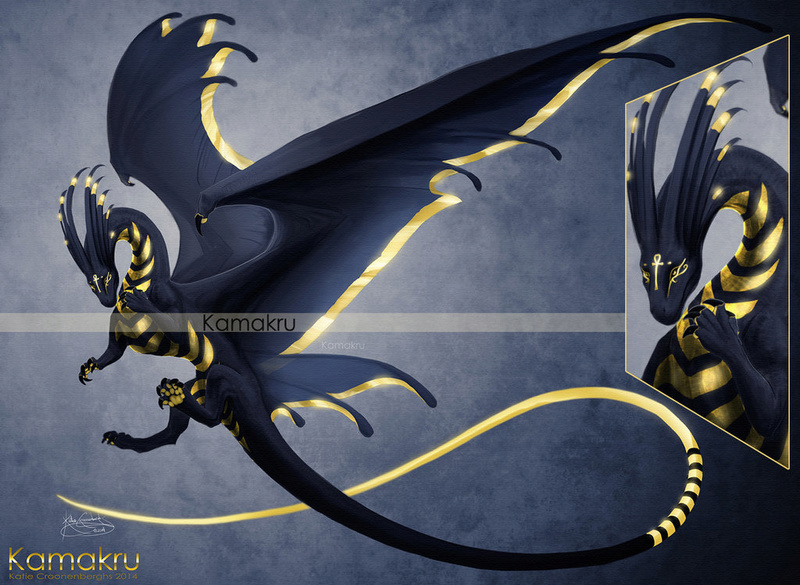 Nightingale's uncle, Shenzi. He may become a PC soon.
Mate: None at the moment.

Skills and Abilities
Normal Abilities:
~Nightingale has ice breath, which isn't nearly as cold as a pure IceWing's due to her being a hybrid. It's not strong either and can easily be melted, since Night only has a little bit of IceWing blood running in her veins. It can shoot out of her maw up to 10 feet away, and Nightingale can use this once every two posts.
~Nightingale has color-changing scales thanks to her LightWing heritage, but this does nothing but portray her emotions, seeing as only a few marks can change color. She can't camouflage herself.
Special Ability: Much like an eel, Nightingale can gain a strong electric charge throughout her body. It starts with just a little bit of static, nothing harmful. However, over time, it gets stronger. Once a being touches her pelt, all of the electricity goes to them as a harmful attack. Since it builds up over time, it's the number of posts it has spent charging that determines how dangerous the shock will be.

One post only causes a bit of static and maybe a little poke, but nothing harmful or even enough to make a person flinch.
Two posts causes a little zap that's enough to make a dragon flinch, and feels the equivalent of a finger prick.
Three posts is when the electricity has a chance of giving the contact an electric burn at the place they touched Night, be it their paws or tail.
The fourth post is when the power is at the most damaging state. It has the ability to damage the tissue at the spot the dragon was touched. However, the tissue is only slightly damaged, but causes a lot of pain. The dragon wouldn't have to get their paw amputated or anything of the sort, unless the tissue was already severely damaged.

If the ability isn't used after the fourth post, it is automatically shut off and can't be activated for another four posts. Even if she shuts off the ability before the fourth charge, she still requires four posts. Night can only use it once per activation, so it's wise that she uses the ability at the right time and at the right charge. It can also be used against her if she's pushed into water, as then it can severely harm her or even kill her via electrocution.

It's also obvious when it's activated, as sparks can be seen flying from Nightingale's mane.

Background
History: Nightingale was given to Shenzi by her father, who wanted nothing to do with her. Shenzi raised her like he would his own child, and Nightingale left to join a Tribe as soon as she could. She lives in the SkyWings and is quite the misfit, considering a wingless dragon lives amongst beings who were meant to live in the sky. She's happy though, and couldn't ask for much more. 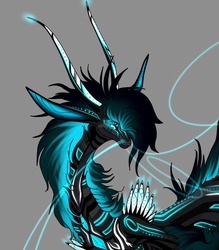