Snow had always been a fascination of Ardent’s. From that first short encounter, years ago, it had always held a special place in her heart. So pure, and free, riding the wind, unlike herself. That was then. This is now, she firmly reprimanded herself, shaking away the dark thoughts and barely repressed memories that often clawed at her mind while she was alone. Shivering slightly, a cold wind blowing from the North, Ardent shook herself and tucked her wings tighter at her side before raising her head to glance towards the snow capped peaks in the distance. Soon. She told herself, soon she would be… there (wherever ‘there’ was). Sneezing loudly in the crisp air, she once again began to walk forwards, her shivering wings the only sign of how cold the small Firewing truly was in the rapidly cooling environment. Very few sane non-Icewings would happily make the journey towards the frozen peaks that the Icewings called their own, even less Firewings, and it was doubtful many, if any firewing hatchlings had done it. But here she was. Traipsing across a land that was in every way new to her, towards the only landmark that seemed of any interest. Snowcapped mountains. Whistling a little tune she had picked up over the years, which echoed far into the distance, she managed to largely ignore the cold, shoving her physical problems far to the back of her mind.

After several hours of wandering, the trees and other plant life began to thin out, as Ardent approached and entered the foothills of the Frozen Highlands. Pausing after several more minutes, shivering heavily, she tilted her head upwards and watched the cloudy sky with wonder as it began to snow. It wasn’t anything heavy, but rather very light, more of a dusting. But it was still amazing. Sitting back on her haunches, Ardent lifted a paw and offered it as a resting place, smiling as a snowflake settled there. “Why hello...” she cooed softly to the small ice crystal, gazing at the minute intricate pattern seemingly etched into the surface of it. It was there she sat for a time, in the open, easily visible to any dragon that was in flight in the area, and just as easily spotted by any on the ground, staring at the tiny flake.
_______________________
"There are few things more beautiful, more inspiring, and more terrifying than the last breath of a star."

Imperia nuzzled Ardent comfortingly, but there was little she could do at the moment without rudely interrupting her conversation with Artemise. She purred softly at the wing that wrapped around her slim shoulders and glanced back to Dionysus.
"Not actually fifty years. I became okay within only two years, but to become good took me fifty. And now a hundred and ten years later, I am awesome!"
Imperia grinned back at the young dragon.
"You'd do great as a guardian I'm sure. And I'm not an Icewing, I'm a Skywing."
_______________________
About Imperia 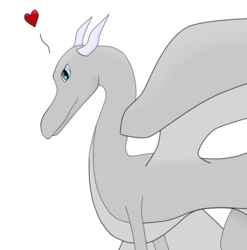 Posts : 61
Reputation : 0
Location : Warfang, in the Legend of Spyro fandom

Artemise, when Ardent seemed to shrink away from her, wondered if she was that intimidating. Or was the hatchling trying to escape from any unwelcome thoughts swirling in her head? Artemise was willing to wager that it was the former, and because of her size. Not for the first time, the dragoness cursed her dratted size and height, wishing that she was 80 feet tall and not 110. Of course, she couldn't really change her size, so she would have to get used to it.

Hey. Focus on what Ardent is saying. Stop letting your thoughts distract you.

Artemise, sensing that Ardent didn't want to talk about herself anymore, gladly answered the FireWing's question. "Those glowing crystals you're wondering about are called Aurozite. They're commonly found in the IceWing territory, but only in one place: an abandoned mine. We IceWings usually go there to relax, and regain energy; the thing is, the Aurozite cannot be carried by dragons. Don't ask me why. I managed to find a way around it, though. While IceWings cannot carry the Aurozite, the scrolls about us didn't say that other species of animals couldn't. So I had my pet Kerilyn help me." Kerilyn...speaking of her, where was she? Roaming around, probably, waiting for Artemise to call her back. "Don't try touching it, though," she warned Ardent. "It's so cold that it would kill anything besides an IceWing if touched."

[To be honest, Rayla didn't make clear why Aurozite couldn't be carried around. But it was mentioned that humans were clutching them, so I suppose that other species could hold them too.]

Rayla wrote:What they found inside shocked them. For underneath the ruble were creatures that they had known as humans. Dangerous in numbers, weak when alone. But all these humans were dead. Odder yet, the humans were clutching strange deposits of mineral.