The Dragon and the Hunter (Open to all)

The Dragon and the Hunter (Open to all) 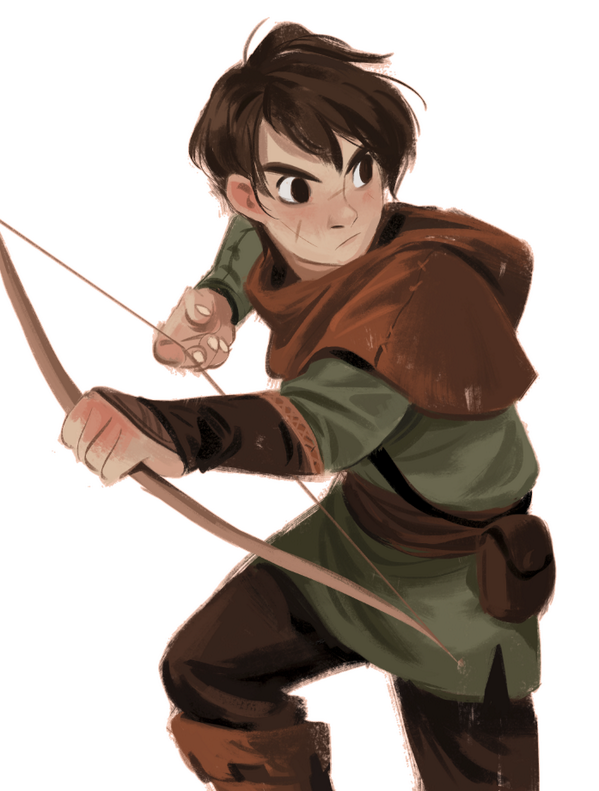 Original Artist: Mingjue Helen Chen on twitter
(For Elisa's physical reference, just look at my icon and signature.)
A warm summer breeze was gently swaying green leaved branches and colorful foliage that fill this lush yet sparse forest. while the dark skies are littered with stars and a waning moon. On one end of this field-like and neutral forest lies the ranging mountains that is just outside the Earthwings boundaries. As a river originating from the mountains follows all the way through the forest and out the other side. Where it enters into Seawings territory. There is also a human city that is near the river.

Despite it being dangerous for both man and dragon to enter any land outside their walls and territory. Yet two unlikely creatures have ended up living and surviving in such a hostile environment. Just at the outskirts of the city in the far off thickets and tree's lies a old beaten up and abandoned log cabin. Here is where a lone rogue dragon tends to live and daily meet up with a mid-teen human hunter who trains to be a skilled swordsman and archer on his own. The two have helped each other out in man ways. As Elisa, the dragon, is taught how to speak. So far, she only knows little of human language. whereas using her size, heightened senses, and strength that is at least better than a human to the boy's uses. Like helping him find herds of animals to hunt, carrying around heavy objects, or lifting him up to higher heights. The two are inseperateble as Erik, the human, is one of the rare people who bare that curious and open-minded personality. Allowing him to see things that the general public would hardly every notice. Like how not all dragons and other intelligent species are as bad as most humans make them out to be.

Tonight was like any other day, as Erik leaves the butcher shop where he works at during the early night after all the meat from other farmers and hunters have been sold to be chopped up. Then stowed away to be sold tomorrow to consumers. Today the teen had gotten to work per usual around 6pm and now finally reaching back to the cottage at 10pm. Some fresh meat stowed away in his backpack to feed his friend whom's sleeping soundly on the cottage's creaky living room floor. Of course she can't enter the cottage normally. Instead she uses a makeshift door for her size that is all part of wall made out of planks, nails, and copper hinges. Used to cover up a major hole in the wall when they first found the place. Though only something like Elisa size or bigger could possible open it on their own.

Erik always has his hand ready on his short sword's hilt during this trip "home", or the cottage is what the two consider to be home. It wouldn't be the first time he'd got attacked by something prowling the night though. More then likely hungry and smelled the meat from his bag in previous encounters. So now he's always prepared to pull his sword out and attack whatever may come at him. His training hasn't been in vain. He reads, observes, and practices whenever he can. But these roughly 30 minute walks back home are always the most stressful for him. Yet with the cottage visibly ahead, admittedly made him lower his guard a bit and bring a pleasant grin to his face. As well as a sigh of relief since it been a long day at work today.

Another thing to note, his quiver and bow are currently leaning against a wall inside the cottage. Right next to the front door. Usually he only has it on when he’s hunting.
_______________________
The Intriguing Koi Dragon 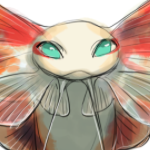 (well, any dragon could be flying across the skies at night from cover of darkness and perhaps see the cottage or smell the meat/human below. or those that happen to pass by for reason unknown. You could interact with either the scent or in some cases "aura/spirit" of a dragon currently inside the cottage and. well idk. Investigate? I would think ppl would just be creative about how they approach the area. Some may end up hiding in the woods if they see a human, others might attack. An it doesn't even have to be dragons. it could be lesser creature for all I know.)
_______________________
The Intriguing Koi Dragon

The Wyvern was lost. The air was warm, the IceWing lands were long behind him. Atarijor XVI wanted to get as far from there as possible. The Dragons were angry with him for interrupting their gathering, he was sure of it. And without his masters, Atarijor had no idea what to do. The IceWings couldn't understand the Human language Atar often spoke in when he was frightened. WIthin the tribe, the Wyvern was a Healer, but lately he had desired a more phsyical job. There was Vulcanry, but he didn't like the idea of being so close to fire. Well, he could be a Guardian, but during his captivity he had been a gladiator, which meant he would probably disobey an order to not kill a Dragon... There was always construction... but it didn't appear that IceWings had such a rank involving that. So the Wyvern left the IceWIng lands in the middle of the night to find his masters, in the hopes they would have work for him to do.

Atarijor had no idea where his masters were, however. When he, Opy, and Rhune had escaped, they didn't stop to look at where they were. They simply got as far away as possible. The land below was dark and quiet. Atar landed to walk around for awhile, in hopes he might find... something. For qute some time, Atar walked with no particular destination in mind. Eventually, he came upon a small wooden structure... that smelled like... "Master? Master, Wyvern come back for work." Atarijor said in Human tongue as he walked around the wooden building.

A foreign voice of unknown origin began to stir the young dragon inside. She lets out a yawn before standing up. Not hearing, nor would she understand, the words spoken. Yet her main focus now were on the sounds of footsteps far to big for her friend to have. She began to feel fear collecting in her mind as her fins would flare out and pupils narrowed to slits as a natural defense. Before a frightend and uncertain voice calls out from within. Having the same human tone. "Erik? Is you out in night? She would hesitantly ask, yet it was obvious by her wording that her vocabulary is very limited.

whereas in the distance, Erik spotted the wyvern circling his and his friend's home. The grip on his sword tightens. Rushing quickly to the nearest tree and hiding behind it and some bushes around it. Although his footsteps made have been heard in the crinkling of dead leaves scattered about. His body hidden behind the bush while just barely being able to see the dragon through it. Currently uncertain if this dragon was a threat, or perhaps a friend to his companion. but if there any show of hostility and his friend in danger, then he will try to protect her to the best of his amateur ability with swords.
_______________________
The Intriguing Koi Dragon