[On an OOC note; A lot of credit to writing up the Territories of the Ebonwing lands is to go towards Vesanus]

The Isle of Aeterna Dominus 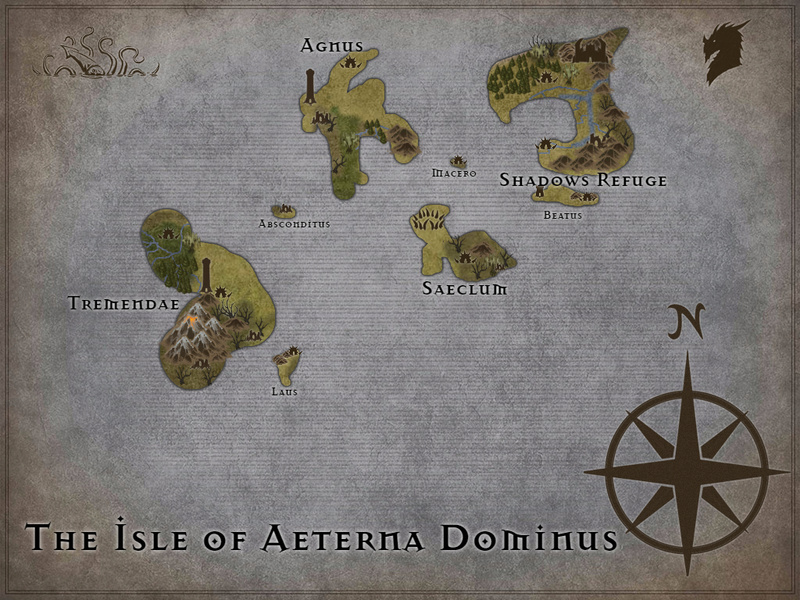 -Map of the Isle of Aeterna Dominus, dominion of the Ebonwing Potentate-
Foreword:
The Isle of Aeterna serves as the home of the Ebonwing tribe. The isle as a whole is made up of four larger islands, alongside four smaller islands. These include; Tremendae, Laus, Absconditus, Agnus, Macero, Saeclum, Beatus and finally Shadow's Refuge. Additional information on each of these can be seen below:

Tremendae
Tremendae is the second largest island that makes up the Isle of Aeterna Dominus. This however is mainly due to the vast mountains that dominate the southern end of the island. These mountains are of utmost importance to the ebonwings, as silver can be found within. Because of this, the ebonwings have exploited this natural resource, converting much of the of the mountainous terrain into a vast network of mines. The silver collected from these mines acts as the major trading resource within the whole of the Aeterna Dominus.

Ruins located at both to the east and south of the mountain range are home to a number of Thallarti, primarily those who conduct work within the mines. Ebonwings are also present in these ruins, more so to watch over the Thallarti than to conduct any work in the mines themselves. Located  a fairly close distance to both ruins are key entrance points to the mines, and are surrounded by dark forests to the east and dense marshland to the south, often camouflaging the Ebonwing homes and mine entrances into the landscape, protected the true purpose of the ruins being inhabited in their own natural way, despite difference in habitat.

Eyleck:
The ruin to the South is known as Eyleck, named after the rare but greatly poisonous plants that thrive in the marshes, one of many plants to do so and are exclusive to the southern areas of Tremendae. One legend speaks of the downfall of the ruins and its inhabitants, the Eyleck plant being the main cause. The poison of the Eyleck plant acts very slowly, sometimes taking up to a number of months to take the life of its victim. One of the later stages of the poison’s effect is hallucinations. It was believed that the earlier inhabitants of these ruins discovered the Eyleck plant, and savoured its sweet taste without understanding the long lasting effects, eventually causing chaos within their own ranks, slaughtering one another. Any lucky enough to survive the blood shed died a slow, agonising death due to rotted organs. 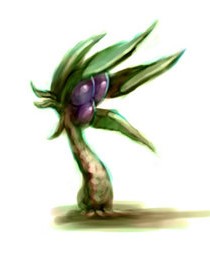 -Although it appears to be harmless, the berries of the Eyleck plant have devastating side effects-
Over time the Ebonwings attempted to re-build  these ruins, hoping to decorate them with their own unique flare of culture, however the conditions of Eyleck worked against them. Every time plantation was removed from the outside and insides of the ruins, it took only a matter of days for it to grow back, appearing as though the ruins had been untouched in millenia. Though aggravated, some Ebonwings have come to terms with this and have claimed the largest ruin to act as a garrison of sorts, providing a place to rest for those watching over the Thallarti.

Although the Ebonwings distributed to Tremendae were sent personally by the Captain of the Guard, Nerokius, as the Crown Prince Vesanus often enjoyed sending the less capable ebonwings, or indeed sometimes simply the ones that just annoyed him to Eyleck to serve some time watching the Thallarti. The heat is considered otherworldly in this part of Tremendae, often causing Ebonwings great discomfort. Thought not unfair to the other Ebonwings through respect, Vesanus tends to ensure that everyone of Nerokius military forces spend a certain time in Eyleck, to both improve their survivability, and as a means to keep the military forces in check. Stepping out of line earns a considerably lengthy and uncomfortable stay in the dreaded swamps.

At first, the Ebonwings had problems with their labour force attempting to escape under the cover of both the darkness and the canopy that covered them from view of dragons overhead, though they often didn't get far. The wilderness itself took the lives of many Thallarti through various means,, prompting the majority of the Thallarti to remain in the custody of the Ebonwings. The Ebonwings at least provided them with a place to sleep and food to eat. 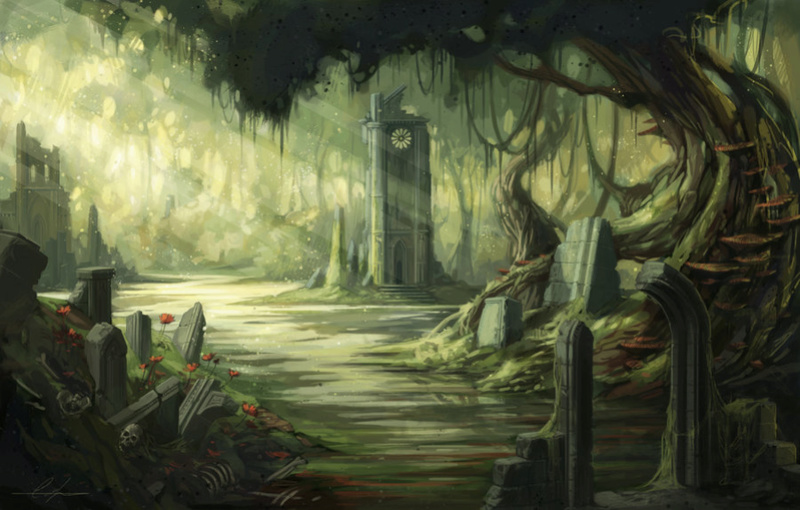 -Eyleck, the ruins that lie in the south of Tremendae-
Prothe:
Prothe is the name given to the ruins that lie to the East of the mountain range, and couldn't be any more different environment wise than Eyleck, despite the fact that the architecture of the ruins appears to be the same, clearly the Ebonwing predecessors constructed both. Prothe however has no real mystery behind it other than the fact that it was merely abandoned. The ruins of Prothe lie within a dark, damp forest. Hardly any light reaches the ground of Prothe, despite the fact that the trees bare no leaves or canopy, their sheer number blocking out the sun. A mist seems to constantly carpet the ground of the dark forest, causing stories of Prothe to be haunted to become folklore for the ebonwing hatchlings. Stories told by parents of lingering spirits and strange occurrences as well as young hatchlings disappearing, keep the younger tribe members from wandering into the dark forests un-supervised.

In truth, the military members of the Ebonwings do not have a full understanding of what lies within the mists. Usually preferring darker places to that of pure daylight, Prothe can often cause fully grown Ebonwings to be cautious, and in some cases even fear, what lies beyond their knowledge. One of the harder parts of being issued to Prothe is again due to the Thrallati. Due to their inability to fly to the entrance of the mines, the Ebonwing must escort them. At first when operations began a number of Thrallati would simply disappear as the escort moved to its destination. This caused discomfort in the Ebonwings who were posted there. For the most part, some continued their daily routine, reporting any incidents to Vesanus directly who often visited the ruins due to the rumours in the early stages of the mining expansion. Some Ebonwings however abandoned their post, or spoke out of line, which resulted in a dismissal from service or more commonly time spent in the Eyleck ruins, which was considered far worse. In mockery to these Ebonwings that couldn't complete their job efficiently, Vesanus issued a pathway of sorts to be constructed, leading from the ruins to the mine entrance.  Because of this, the pathway earned its name ‘The Mad March’. 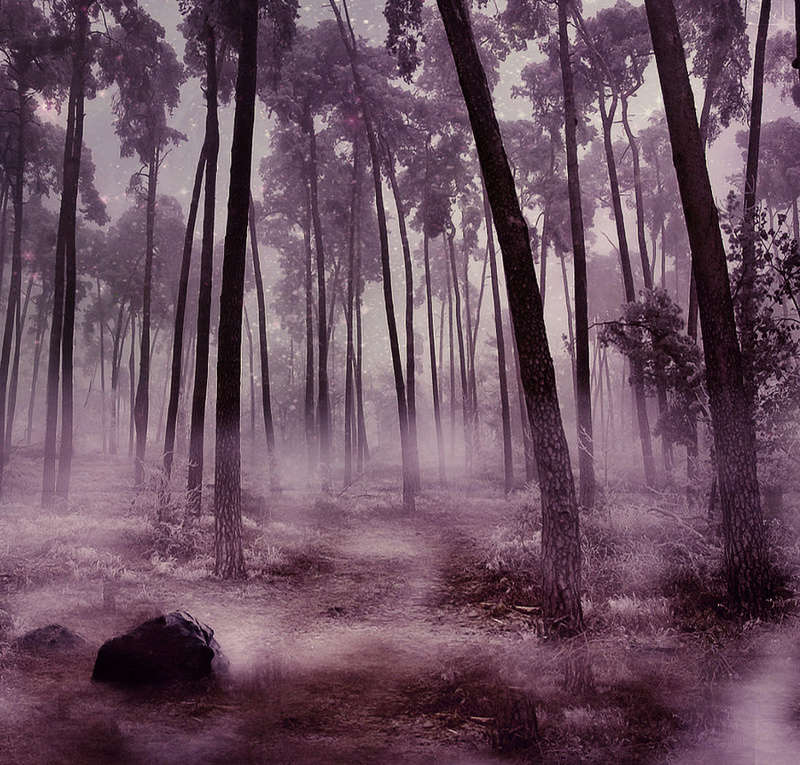 -The forests of Prothe have a unique atmospherical look about them- 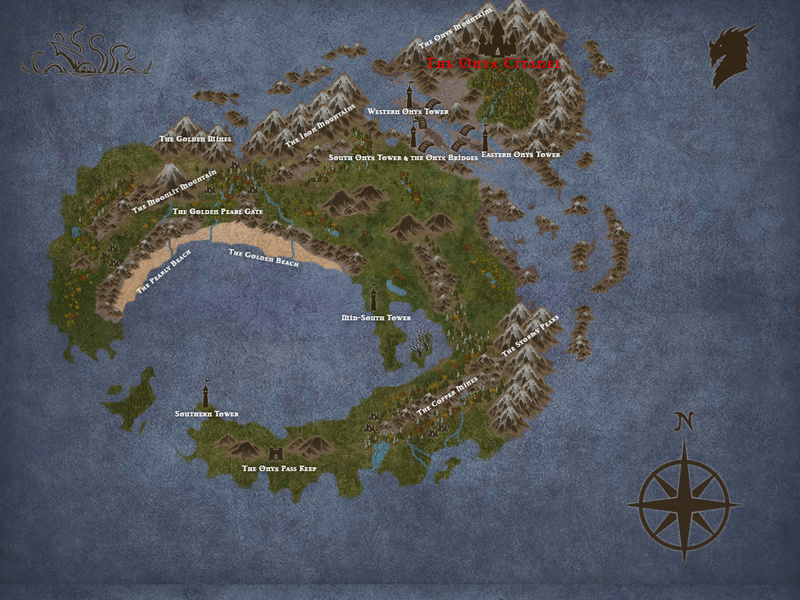 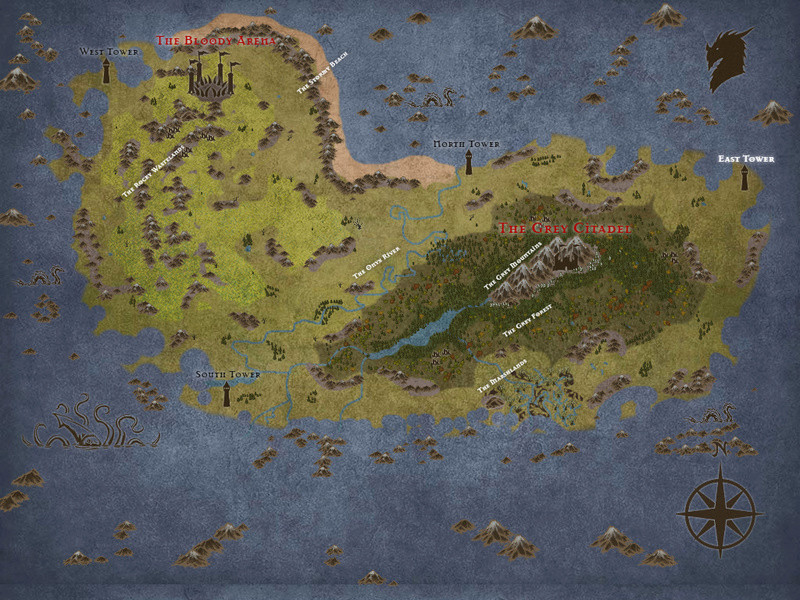 Just adding a few pictures with this update, there is still all the information to go in, and the other Islands to be described.
_______________________
Tenebris's Bio
A look at one of Tenebris's Publications as a Scholar