Personal Info
Name: Drac Prime
Alias: N/A
Age: 26 years
Gender: Female
Sexuality: Heterosexual
Personality: Drac Prime can typically be both stoic and affable towards dragons she speaks to. She can be humble, admitting she had made mistakes in the pasts if the conversation is triggered, as this gives way to reveal her caring side. She is seen to care about the well-being of her trainees, both new and old, and would like to comfort them if they are in trouble. Drac is also shown to harbor a high respect for other Tribes and species, including humans and reptillians. She can also be very blunt when asked a question or matter. She is often a very lively and kind dragon, although not happy-go-lucky. She is reluctant to trust at times, and if she knows there's a fight or argument that simply can't be won, she'll back down and face whatever consequences. Drac also believes dearly in teamwork, which would make her an excellent teacher for any trainees training to become a Tracker. She can also be very competitive.
Interests:
Flying: Drac is an excellent flyer and she knows it. She strongly believes that her along with everyone else could get better at it if they simply practice. Their skills could become almost unbelievable, or so she thinks.

World History: Drac finds fascination in the past of the world she lives in. She would like to study the subject (and perhaps even teach it some day) and uncover more knowledge. Who knows? Maybe she will make history herself one day.

Hunting: When Drac is bored of looking at words all day, she pleasures herself with hunting. As said in her personality description, she can be very competitive when other Trackers are out, and tries her hardest to bring in the biggest catch.

Hatchlings: Drac strongly places her faith in hatchlings, knowing they are the future of the Tribe and members of the next generation. If they are raised right, then what a marvelous generation that might be.

Fruit: Drac likes meat, but fruit is better! She just loves the taste, loves the texture, and just wants to eat more and more.

Keeping Herself in Shape: Drac is lithe and slender. Becoming fat is pretty much a nightmare to her, and would freak out if she discovers herself getting a little chubby.

Dislikes:
Maggots: Squirming, wiggling, slimy bugs.. Disgusting! These give Drac the creeps, and is a big fear of hers.

Pollen: Who loves pollen anyway? They give you allergies, make you sneeze, makes you have a runny nose... Drac is no different than humans when it comes to spring and the illness it may bring.

Cold Weather: Drac is especially sensitive to cold, and gets chilled very easily. Being in snowstorms or standing in snowy weather will make her wings temporarily freeze, forbidding her of flight.

Fears:
Maggots: Drac is scared of even being near maggots. She refuses to touch them, to look at them, to read about them, blah blah blah. She strongly wants to be buried in a coffin at her death to prevent the squirmy things from eating to her insides.

Lack of Skill: Drac would be terrified if one day she woke up, and suddenly she couldn't hunt, fly, or do anything of significance.

General Appearance
Height: 23 ft.
Scales: Drac's scales are a brilliant gold. Her belly is plated with tough whitish-cream scales that carry the appearance of armor.
Eyes: Drac's eyes may seem colorless at first, but they're actually such a dark green that they appear to be black.
Appearance: Drac is slender and lithe. Her wing membrane flows all the way to her tail, webbed and a spiky in appearance. These webs are dark orange, almost bronze. She has a light yellow ruff on her cheeks and a draping web at the top of her head. Her claws and horns are long and white. Her wings are large.

Skills and Abilities
Strengths:
Flying: Drac is a speedy and agile flyer, skilled at dodging almost anything that gets in her way. Things she can't dodge have to be 40 ft. or over. She can fly at about 130 mph.

Logic: Drac, when a 'deep' subject is triggered, would often sit back and think. She has a particular system of logical thought. When a test or a groundbreaking set of decision pops up, Drac uses this knowledge to help her make the right choice. Of course, this doesn't always help her end up with the best path available...

Riddles/Puzzles: Drac is exemplary at detecting when something is wrong in a place or situation(which makes her a good scout). Much like a missing puzzle piece. She could finish a puzzle in only a few minutes, if she wanted to be fast about it. Now riddles. Riddles are a bit more complicated, but she uses more logic to solve them. It may take her a few minutes, but more likely than not she will be victorious.

Hunting: What good will a Tracker be if they don't have good hunting skills? Like in her personality description, Drac can be very competitive. She practices extra and hunts more than the Tribe demands, just so her skill can increase and she may outdo everyone else.

Special Abilities:
Gusts of Wind: By giving her wings one strong beat, Drac can create a huge gust of wind that has the power to make pine trees snap and oak trees shiver (break off a few branches, but not fully uproot it). Using this power almost drains Drac of strength and tires her, forbidding her to use this ability for hours. She also wouldn't be able to fly as fast.

That's like, her only power cuz I don't think anything else will fit her lol

Weaknesses:
Gusts of Wind: Drac's only power can be turned as a weakness. If she uses this on her opponent and the fight still goes on, she'll be too exhausted to give it her all.

Maggots: If you want to get this Skywing to submit, put a maggot up to her face and prepare for high-pitched screaming.

Forests: Drac is lean, slender... Although travelling through the forest is easy, the surroundings are so confusing. Slipping through branches and undergrowth is simple, but actually finding a path to go on or knowing the difference between north and south is hard. This makes it worse for her to fight in them. She can't keep track of where her opponent may be, always distracted by the slightest quiver of a leaf or violent shake of a branch. It's easy to outwit this SkyWing if the battle is brought to the forest.

Combat Style: Drac scratches and bites, mainly at the tail, throat, and belly to begin with. When she gets the chance later on, she'll use her ability. 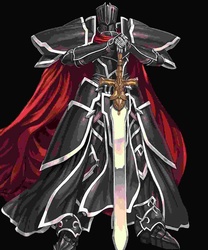 Hey, Ryla. <3 Just elaborate on your strengths a little bit, particularly the philosophy.

Edited <3 I changed the philosophy to logic. The previous wasn't the correct term, heh.

'Drac is a speedy and agile flyer, skilled at dodging almost anything that gets in her way. Things she can't dodge have to be 40 ft. or over.'

How fast can she fly?

Could you add a few more weaknesses? Maybe one that relates to her personality?

I'm done... I've added a weakness to forests and her speed. 130? I don't know, but I've heard from a post from Cele or some other admin long ago that nothing can be faster than a SkyWing, soooo... :< I dunno.