Kori that nobody knows...

Kori that nobody knows...

Insert Image Here
Personal Info
Name: Kori
Alias: The Nightwing inferior
Age: 8
Gender: Female
Sexuality: Heterosexual
Personality: Kori seems like a nice and friendly dragoness at first sight, well that's because you can't be all tough and mean when you're only a small and 'weak'. For Kori's love of speaking, she tends to be a social butterfly and she will talk to anyone who isn't busy or when they are around, and she is willing to give them advises for their little troubles if they have one. If there is no one for her to talk to, she'll talk to herself instead. Kori thinks of younger hatchlings as her little kids and dragonets around her age as acquaintances or friends. But Kori can feel a little uncomfortable around larger and/or older dragons as they have more experience than her and she is afraid that she'll make a mistake in front of them. Kori is quite smart and bright, she is also a quick learner because of her willingness to gain as much knowledge as possible. Kori really doesn't tolerate violence in any way so she often seeks out for a peaceful solution, as she is usually want to help others out. Now that everyone has a dark side, Kori can be really stubborn when she is treating an injured dragon, not only that but she has quite a bad temper when provoked. Sometimes, Kori may try to put others to shame.
Interests:
~Reading
~Knowledge
~Talking
~Being resourceful and helpful to others
Dislikes:
~Being outsmarted
~Answering a question/problem she does not know how to or what the answer is
~Not being taken seriously
~Unnecessary violence when there's a solution not involving violence
Fears:
~Her dreams/visions becoming true
~Being helpless when someone is in danger
~All kinds of fish (you wot m8?)

General Appearance
Height: 12ft
Scales: No scales, gray short fur.
Eyes: Yellow
Appearance:
~Kori has a fluffy mint/blue mane, black wings with some dark blue at the wing tips as it is covered in frost, a black-yellow tinted horn located on her forehead like a unicorn's head and her body is covered in black ash in order to make herself seem like a Nightwing.

~Kori has tufts of feathers on her tail, on her front legs and back legs. It is the same colour as her body except for her tail, which is black at each feather tip.

~Kori has a stick as her main weapon. While it is useless as a bashing stick as it is too fragile, it can it can absorb fire and convert it into healing mist. The mist works at its best when it absorbed pure fire. The stick can absorb Icefire but it won't be as effective as a pure fire would be. At a some amount of fire absorbed, the mist can heal conditions (burns, paralysis etc.) and small scars/scratches. When the stick is at it's max power, the mist can heal minor wounds, replace missing skin/scale/feathers/fur. However it can not restore severe scars/wounds, missing limbs or cure sicknesses/diseases. The stick cannot handle too much stored fire, which results in an explosion, destroying the stick complete, also giving Kori a burnt body. Kori has an unlimited number of healing sticks as she can always enchant another stick to be like her last one (if her last one somehow got destroyed...). However, only one stick can be enchant at the time.
~If the stick has an Amber tree sap on it, it makes the converting fire into mist more effective than usual.

Skills and Abilities
Strengths: Kori is quite intelligent for at a young age, having the willingness to learn and gain knowledge or just attempting to outsmart someone... And that is to make up for her lack of physical strength as she is a pacifist a prefers talking/compromises over violence. Though Kori doesn't have much knowledge now, she has a good memory and she could identify things easily, if she first knows what there are.
Special Abilities: Iceflare (Will be later upgraded to Sub-zero flame): Kori's breath weapon is a fire fusioned with ice. When it hits/touches someone, it gives them a harsh, severe cold burn onto their body. The flames always burns below -40 degrees, and could burn through dragon scales if they are not resistant to at least fire and/or ice. The limitation to this power is that the 'burning' part only works on living things so it is completely useless against the armored dragons (made from any metal etc). (For now lol)
Weaknesses: Kori's mental state can be only brought down by outsmarting her, or make her have the feeling of helplessness . If you succeed to do one of those two things, Kori will go all low-spirited until she has enough courage to be her usual self.
Another weakness is that Kori has a very low defense against attacks, thanks to her short fur. She has her wings to block most of the incoming attacks but it won't be long before her wings starts to ache too much...
Combat Style: If violence is unavoidable, or Kori is just plain annoyed, she sets the offender on fire, that's it really.

Background
History: Kori originally lived in the Icewing lands with her family peacefully. Until that night, a sea monster came along and it ate her family while they were walking along the coastline. Kori was the one who survived because her parents sacrificed themselves so she could flee. More could be explained here but I don't want to reveal more but I can tell how she joined the Nightwings. Kori stumbled upon the woods of the Nightwings... that's it.
RP Sample: (Can I do a short one? ;-; )
Walking out of the woods, Kori was carrying some herbs she had collected from there. It was really tricky to find though, there were like hiding in unusual spots... Anyway, the gray dragoness brought them to a den, where she could organise them into their slots. Once she have finished, she went outside to hunt for food, wandering daringly across the forest as she looks for a sight of prey. She sighed as it was pretty boring to do on her own though. 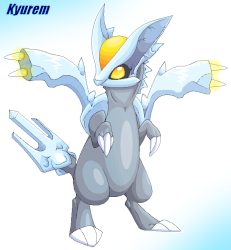 So the only thing I see that needs tweaking is your ability. Your breath attack is able to slowly burn off your opponent's scales or skin when it touches them and if it stays lit for a while. Does this mean that it can stick to them, like burning oil? If not, then it shouldn't be able to do that.

Looks good. I approve. Now you need to get another staff member to approve it.