Magic. Rules and Regulations (Must Read)

Magic. Rules and Regulations (Must Read) 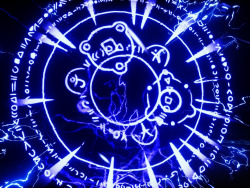 -Magical Ward in its controlled regulated state-
Foreword:
From the beginning of the Universe's origins there has been always a  cosmic system what governs the physical world as we see it. This power is commonly perceived in reality as Magic. At its core, this force which flows through all existence to what is known to us is innately volatile and set upon a correct path already destined since far beyond mundane contraception.

The Manipulation of Magic
As magic is a celestial power what in truth governs the world around us, to tap into such a source demands an intense precision and concentration. To draw and wield magic it is under the perception of one as if looking upon a vast wall and searching for a single crack. It is known as an art of circumventing through the very boundaries of nature itself. Calling upon the Arcane grants the caster the distinctive ability to bend elements and the world's energy to their will.

The Three Rules
There is a set of rules what govern and dictate the destiny of any Dragon dedicated or foolish enough to continue down the path and art of Magic. These three rules are absolute

These, known as the Three tenets of Magic effect all those who dare to tap into such a powerful resource, its well known that even the most astute and intellectual of minds are bound by these, as such raw energy effects mortal creatures, from Humans to Dragons affecting their psych. 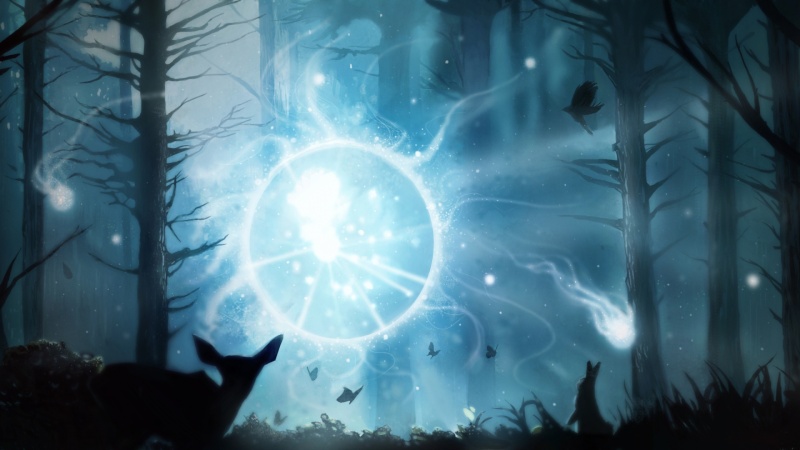 -Magic in its pure volatile form, traversing the boundaries of reality in the form of an anomaly-

Gods and Magic
As the Gods are inherently tied to the forces of creation, so to are they corrected with Magic, they themselves drawing upon energies and powers of it without suffering the negative effects Mortals do. Many expect this is the source of their immortality as the cosmic energy flows through them. This has also lead to the belief by many that “Magic” is actually the remaining soul of Shadras as his influence continues to shape the world as we know it to this day even in our ignorance.

Appearance
Pure arcane manifests as an emitting white, blue or violet glow. However, when used to bend other types of energy, it takes on the characteristics and appearance of those energies. Examples of this can be seen with element-based abilities such as the manipulation of fire, taking on the red appearance as the Magic engulfs the flames.

“Many authorities on Magic have thoroughly calculated that it will ultimately consume all who attempt to master it as it eats away at their soul” - Tenebris, Grand Vizier of the NightWing Empire and practitioner of magic.

Magical addiction and degradation
Magical addiction is an affliction suffered by all mortals who attempt to delve into the powers of Magic. Other time, all though who participate in the Magical Arts develop an innate, seemingly incurable addiction to its energies. Succumbing to this thirst for more power can be seen in the form of Magical degradation, where without one regulating themselves the overindulging in the source results to the point of deformity and, often, insanity. Obsessed with obtaining and using more and more magic, in the end those who fall to Magical degradation become a danger to both themselves and others, and are usually too violent to surrender.


Schools and uses of Magic
As magic is an art, it has been set into two different categories where a mortal can manifest the powers into use. These are:

Abjuration-
The study of protective magic. The most generalized abjuration spell is the Celestial Shield, a spell that transmutes raw Magic into a barrier that protects the caster from attacks. Enchanting Armour requires far less raw energy than a Celestial Shield and are more easily maintained over time, but lack the raw potency of the Shield. Ward spells in addition are potent incantations to protect the caster against a form of elemental damage, often caused when Magic slips out of control.

Divination-
The school of Magic dedicated to gathering information. Powerful divinations can allow the caster to see targets from a great distance, or even view what may normally be invisible. One of the most common uses of divination Magic is Scrying, which is the art of seeing something that may be far away. 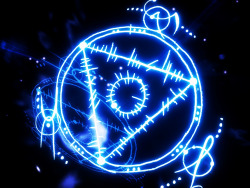 Re: Magic. Rules and Regulations (Must Read)