Wyvern of A Thousand Blades

Wyvern of A Thousand Blades 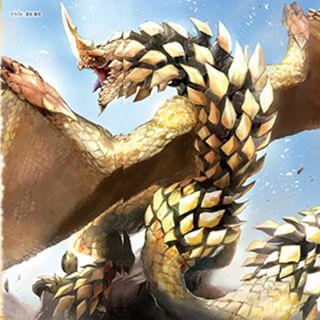 Alias: Wyvern of a Thousand Blades

Personality: Regios can be considered quirky as well as seclusive to his own standard. His mind processes information at an astonishing rate, surveying and layering those he comes across with highlighted accuracy, allowing him to gauge a level of varying aspects. With his steely gaze, his regard is a business card casually offered with only as much as those who accept it care to interpret. Otherwise, he is kept by his unique nature of running through a mental labyrinth in an instant.

Shaped by the growth of social stature (or rather regression), Seregios has taken his standing in a higher stride. Extremely proud,the golden Wyvern disallows himself to acknowledge the pedestals of society only to those deemed incapable of earning and deserving it, never demanding. However, as a mental crafter, Seregios understands social hierarchy and how it functions as a pillar of base. Despite his pride, he will treat every and any face he meets with a conceptual level of respect indefinitely. He believes everyone worth respecting stands in the same regard as his own-- that is until somebody willingly places themselves beneath him with rudeness or unearned arrogance. Upon that moment, Regios views such a person as worthless filth to be scraped into the gutter and forgotten. The change is as quick as a heartbeat.

Fears: Solitude/ Incapability of flight/ An ever-growing sense of purposelessness/ The colour purple

Scales: A glittering, reflective gold that almost glows in itself; large, blade-edge diamond shape scales cover the outter coat of the body, large tip of tail, and endings of each limb. Wings and slender body sections covered with smaller, compact scales.

Eyes: Sycamore baige
Appearance: Standard Skywing size, a little above average. Shaped predominantely Wyvern-like over drake. Differentiated by large, diamond scales that glitter like gold which ruffle out and tighten in with motion. A short, stately maw packed with muscle and bone, a long clad tail ending in a bushel of blades scales with a dual piercer at the tip. Sharp scales covering the edges of his wings and along his body. A sharpened cutter pulled up and backward on the top of his head.

Family: Younger sister who resides in the Skywing commodity territories

Rapidly grow and store quill-like scales with piercing and blade-like qualities that can be shot at high speeds from collar and tail. Upon impact, these quills crack and splinter out to cause bleeding.  These quills can only travel a maximum of three hundred feet before losing momentum. If the quills lose momentum, they cannot break and splinter and lose much of their piercing properties, becoming only capable of forming minour cuts.

~As these quills are organic, they cannot be constantly thrown. Regios is only capable of sending up to three projectiles per active post. An attempt to force any more would end in the quills forcibly perspiring and shredding Regios's flesh.

- Like all Skywings, Seregios is able to expel a highly concentrated gust of wind in a single direction from his maw, composed of nothing but intense, funneled air pressure. Causes little harm unless used in very sensitive areas such as eyes.

-Regios can compress his body and scales tightly in order to increase defensive capabilities. Often used to enter water to reduce drag.

-Using air compression, Regios is able to emit a painfully loud burst of sonic air which takes the form of a roar. It is vitally harmless if not painfully startling.

-The scales and claws of Seregios's hind legs (and hind legs alone) are largely build and durable with thick hide and condensed bone, making his hind claws the most durable part of his body.


Weaknesses: Bludgeon-like blows/ Acute turns (while Regios excels in speedy flying by shaping his body sleekly to cut windlines, such speed becomes uncontrollable during heavy turns and will leave him vulnerable for the duration of the heavy turn)/ Takes emotional pain considerably harder than average

Combat Style: Keeping opponents at bay with a barrage of aerial blades (he kites them) in order to weaken from afar and then force desperate attempts to close a distance and punish for it with jarring bursts of sound to force opportunities. If the opponent can match the ranged assault, Regios will take to preserving his projectiles and centering his speed and durability to either close the distance for quick, small strikes or exhaust his enemy's arsenal. If the opponent is durable enough to force him out of close range, he will focus on ranged assault to stall out battles and capitalize on mistakes.

RP Sample: Seregios opened his eyes, then closed them. He took a heavy breath with utmost care, and expelled his lungs. He stood as the first spell of rain within the hour greeted his senses. Words trampled his thoughts, the wind stole his focus, and the deafening silence careened outward in way of the pitter-patter of the methodical rainfall. Outside the internal chrous, everything was silent.

-My regards to the clouds and sky. You lavish the world far too rarely- Regios whispered in his mind, the thoughts licking his consciousness.

Regios Apex opened his eyes in finality and stood from his boulder. He stepped onto the wet grass, the stalks sliding along his hindlegs with slick dampening, holding gently to his scales. The trees that had rustled half an hour past lie within the excess dead tallstalk, giving little room for Regios to hold visual scarcity. Luckily, this was a very big rock. Regios had been statuesque for almost an hour now.

Three years ago, Seregios would have laughed, taunted his prey vocally. The fauna of the area were generally timid and flee at any given moment, leading to a chase to relish. Instead, Seregios offered only solemn smile in honour of what once was.

The golden Wyvern raised a clawed forehand, and placed it above his heart. With a quick gesture, a single claw raked against his scales, emitting a near-silent scratch relative to steel on glass.

Seregios crept towards the clearing with patience honed over years of hunting; not even the grass rustles.

He repeats the hunter's mark across his chest.

A second shaking of leaves followed by a burst through the understory. Seregios let loose a deafening cry that could be heard miles out as he erupted from his perching, a call that the hunt reaches its climax.

With a heavy circlethrow of his tail, slivers of gold flew through the trees, glimpses and flashes could be seen before they sunk home into the flesh of the hunted beast. It collapsed onto a rocky outpost just nearing the titanic cliffside. Whether by blade or fall, the beast was destined to die. With lethargic steps, the golden dragon found his hunted prey and wasted no time stripping it to be eaten.

A miracle. That's what this was. Regios glanced downward to the carcass of his meal, his senses taking in the warm mess of blood that dripped down between his teeth. The rain was stronger now. It cleansed his claws and jaw of the crimson liquid only for him to stain his teeth again in an attempt to sate this hunger that had lasted for how many days?

A miracle.. That's what it was. What else could it be? To  Regios, the first meal in gods know how long as the continent had become stipped bare of proper hunting. To Regios, this was a miracle.

To those searching for anything to keep themselves alive, praying to the sun and sky, to the many dragons young and old who needed this far more than he, this was not a miracle. This was a curse. This was a miracle for Seregios Apex and to some other poor, hungry soul: a death sentence. 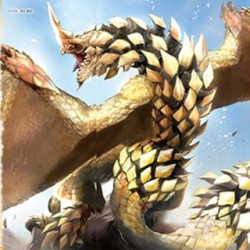 Re: Wyvern of A Thousand Blades