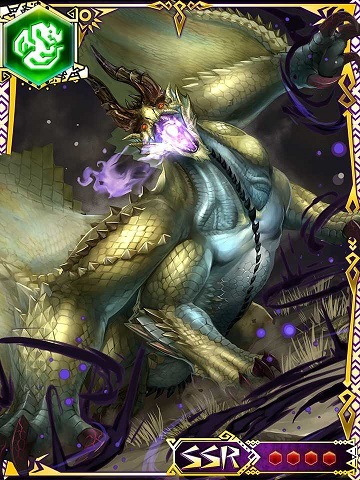 Personal Info
Name: Erynn Raenitha
Alias: Shagaru
Age: 20 Human Years, 600 Dragon Years
Gender: Female
Sexuality: Heterosexual
Personality: A sense of adventure has always been in Erynn's bones, and this sense is the very thing that leads her to trouble. Curiosity, pride, honor, and stubbornness have always been an issue and a gift to this Smith, and though her past may be benign, her temper is nothing less than a fiery hell. Though she's tough and gruff on the outside, on the inside she has a soft spot for hatchlings and elders. She'll normally play games of chess, tag, or hide-and-seek with the youth, while listening to the older dragon's tales of war and hope. She's created a more than a few toys for the young ones, and has helped the elders with their dens more than usual. Her leader will request things of her skill and mind, and honor bids that Erynn follow every need of the tribe to a T. Even though she's a smith, she likes to hold Honor above everything else.
Interests:
Adventuring
Sunbathing
Crafting more weapons than what she knows to do with
Making art out of metal plating
Drawing with spent ashes

Fears:
Her armor failing in the heat of battle, her craft not being good enough to save those she loves and holds dear.

General Appearance
Height: 35'
Scales: Golden hued, tapering gently to white. Her horns are a deep bronze in color, and though she is blind, her shedding scales create sound depending on what they hit.
Eyes: Light purple, with her right eye having a white pupil.
Appearance: Erynn is scarred all over from mishaps in the forge, and adventures gone awry. Her wings, as depicted in the picture, are merely another set of limbs with a strong membrane flowing from it. Using these, she can forge better than a normal Vulcan could-even when partially blind. Normally her back is covered in plating, and the tip of her tail has a metal hook on it, as she prefers to sleep like a bat. Her front claws are Aether Steel reinforced, and she has a helmet of the same material.

Skills and Abilities
Strengths: Physically, Erynn has the build of a Smith. Strong forelegs, and a scary swing. Adventures and treks have made her wing arms and hind legs muscular as well, making her build perfect for defense. Mentally, though she has a short temper, chess with hatchlings and other adults have honed her strategic mind.
Special Abilities: Aether Metal. After creating it with her scales forged into the armor itself, she has the ability to absorb light into the metal. As LightWings require light to stay healthy, this excess can be used in emergencies, such as minor medical help from the energy stored. However, this can only be used in her presence. If she isn't in the battle, or near the armor itself, she cannot use this ability.
Weaknesses: Darkness, and the fear of failure.
Combat Style: Heavy swings are what Erynn specializes in. Forging has made her muscles hard and bulky, leading to a staggering blow. In closed spaces, she uses her claws and hook-tail to defend, as she can't pull back enough for her signature blows.

Background
History: Erynn is, of course, a female. Feeling as though she was put aside for her gender, She chose to be the foundation for those who were out on the field. Taking up the title of Vulcan, Erynn chose to perfect her craft over the battlefield. Making those who mocked her for her gender revere her ability to protect them, as she chose to meld the steel with what light she had in the forge. This crafting form gave way to a new type of armor she liked to call 'Aether Steel', which was much lighter than normal steel, but just as effective as an armor. Those who once bullied her were saved by her, and apologized. In battle, she was a minor medic- using her Aether Steel to heal the wounds of her comrades lightly until they could be fully taken care of by the Healers. Strong enough to carry the dragons, and strong enough to fend for herself, she has earned the title of 'Stagger' among her friends. For now, she spends her days in the Light Forge, attempting to find new ways to adapt her craft- but this doesn't mean she stays in the smithy.

The cold lump of steel sat on the anvil. Pride surged through the veins of the dragon over it, as she put her snout to the ore. This ore is good. I can smell the iron and salt.. This time we'll use the slower forge.. Grabbing the chunk of ore, Erynn tossed it into the bellows. Light, reflecting from the smooth rocks of the forge, filtered in and focused on the metal. Slowly, the impurities sank into the cherry-red mold, bubbling out of the ore in flecks of ash. Patience had taught the LightWing much, but irritation still got the best of her. Shaking her scales, the loose dust and shards fell lightly around the forge, and the echoes caught in her ears perfectly. Too much heat.. It's melting too fast. Slowing her hind leg's pumping on the billows, Erynn watched as her new creation grew hotter, melting the flakes of scales into its formation. The sounds and bubbles told her of how ready the metal was, before she went over to the corner of her forged and picked up a small, ovular object. "And now.. For the secret ingredient." 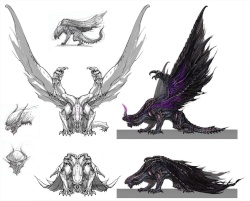