Well, say there's blind dragon that forewarns a darkness coming, and every tribe suspects the Nightwings. So, while the tribes fight against the Nightwings, who are innocent, a rouge gathers a group of ruthless dragons and call themselves Fearwings or Bloodwings. This rouge group attacks the tribes with their guard down, ending up in ruins and chaos. Then, out of the blue, a group of seven (7) scholar trainees, each with a different personality and tribe, will join as one group to defeat the rouges, although, it's not all fun and games. Blood will be spilled, dragons will die. (If you are wanting to get rid of your dragon, here's your chance) Guys, I'm telling you, this is nt going to be a 'Oh, -firebreath- your dead.' kinda thing. Now, how 'bout 'em prophecies?:


Out of the unknown shadows lay a group of beasts,
On which your blood they will feast,
While chaos spreads,
All your friends and famliy may be dead.

While  of the uncorrupted still stand,
their knowledge of magic beyond the greatest wingspan,
Will they save our empire?

Seven must become one,
or else they may be none. 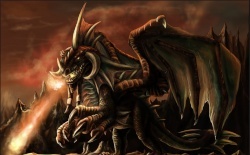 If Nightflare wasn't in the middle of trying to take control of the NightWings, I would make her lead FearWings. If this is like a tribe wide plot, that will cause some serious destruction and chaos, I probably will make her lead the FearWings. ^-^
_______________________
If you're always happy, how will you ever know what happy truly feels like, if you've never experienced sadness? 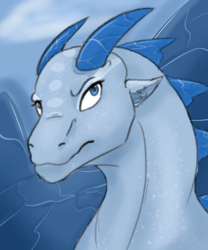 Aha, I first need to know if this could actually air. If said plot can go up, I'll assure you I'll hold auditions for every slot. (Okay, maybe not Nightwing trainee..) 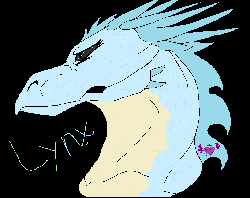 Thanks, all of you! Please, feel free to critque!

But what might Lynx do in here? Because I want to join so badly.... Also, are the seven at the end of the prophecy going to be from the different tribes? Plus, your avatar and Tulvir's are the same! I find it funny

Yes, and I'm new, and I don't want to break any rules. I will wait for the staff to check this out.

Hmm, does temerarily blind dragons count? Areo is blind for 2 months (THANKS NIGHTFLARE) and she could deliver it to her friends that are in the tribes (Cordath, Lynx, Ralath, Baldi... Then they could tell the SeaWings, Nightwings, and LightWings.) becuase Areo is a rouge, but the finest in the land

.
(Look Lynx, you could be important X3)

Think maybe you could do this for a different tribe. The NightWings have enough going on and have become the sites most popular tribe. After NightWings would prolly be EarthWings. FireWings are the only tribe that don't have a plot going on at the moment. (totally my fault ^.^)
_______________________

Yeah, love the plot, but SeaWings are already in the middle of a plot. Maybe we could do this later on, after all the tribes have gotten through their current problems? It'd make more sense, considering at the moment everybody but the FireWings are kind of in panic mode xD
_______________________
Alternate Accounts: Asailia, Wisp, Zephyros, Adra, Natsu, Neru 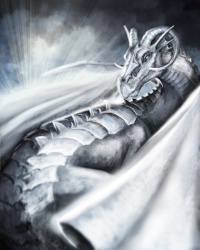 I absolutely adore this plot in all fairness, but I agree with the others in that postponing it might be for the best. In the meantime though as a Scholar you can begin to set the scene and make topics which may lead up to the event really. As a NightWing Scholar you have access to Shadows Refuge, basically one of the largest athenaeums on Pyyria. So you could begin with your character indulging himself on some ancient tomes which may lead to the discovery of this Prophecy later down the line. It also ties in well that others such suspect the NightWings, as once you find this Prophecy or tell it as it were you can always say it was leaked out to the other tribes. Given the recent Regime change and the isolation of the NightWings and Occy's military drive for them this idea will be brilliant for later down the line.
_______________________
Tenebris's Bio
A look at one of Tenebris's Publications as a Scholar

I Like the sound of the plot. Has an admin approved? If not, I would reccomed developing the idea a bit more. Looks nice! 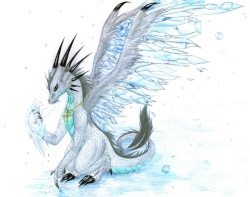 Thanks for the feedback! I didn't have much time to write this, and now I have time to edit. ^^;