Thank you for giving this topic some of your time to look over. This is an official guide to a school in the EarthWing Tribe.

Name: Amberleaf Academy
Founder: Rylatha, Princess of the EarthWing and Goddess of the Hunt and Beasts
Head of School (also known as the principal): Rylatha
Purpose: At this school, EarthWing Hatchlings the age of 3 years old begin to attend Amberleaf Academy until they are 10 years of age, ready to begin their training as a Trainee. The students at the school study about the Tribes, Leaders, gods, and the Ranks availible to them. They discover their strengths and talents to help them decide what Rank they should train for in the Tribe and learn with other EarthWings to prepare them for the years of being a Trainee. There are many subjects in the Academy, all taught by a teacher.
Subjects:
Math, where the students learn how to do mathematics and count and learn their numbers
Language, where the students learn how to write, read, and use precision of language
History, where the students learn the history of Pyyria and of other Tribes, leaders, gods, and so on
Science, where the students learn of chemistry and powers of the other Tribes
Game Time (shortened to G. T.), where the students take a break and play games. They also learn about good sportsmanship in this time, along with flying.
There is also Lunch, which doesn't really count as a subject. But here, students eat and learn good manners.

School Schedule: Students begin school shortly after dawn, and it ends 3 hours after lunch, which occurs in the middle of the day. School lasts for 6 hours and for 5 days a week. Students have 1 hour for each subject and change classes after each hour.

Teachers: None yet, but I will begin a topic soon for applications.

Rules:
NO bullying or being mean or disrespectful.
Don't spread rumors.
Don't speak badly of other Tribes, no matter if there's a current war or not
NO relationships like boyfriends and girlfriends! Hatchlings are TOO young to date!
Please no running or flying inside of school structures, unless it is meant for G. T..
Don't interrupt your teacher while he/she are speaking.
Don't play with your food in Lunch.
Don't have any weapons in school.
Don't swear or cuss.
Don't purposely damage anyone else's belongings.
Don't fight on school grounds

Young, yet slightly more grown up than average dragonchild came here to explore the entire place, where it's going to gain knowledge and manners. She sniffed every corner, tried all tresspasses, even managed to climb two feet up the wall. Her curiousity was unsatiable, almost as strong as the desire of meeting schoolmates. Tagrovmaren was aware of the fact there are (somewhere far away) dragonchildren of different colours, who are nor Earthwings but still are her species. They must have a lot in common, she presumed. Pity I cannot reach them. Tagrovmaren was told that human race posses the grounds which were formerly the kingdom of Earthwings tribe. She had an interest in the history, especially the reasons of such an utter defeat. 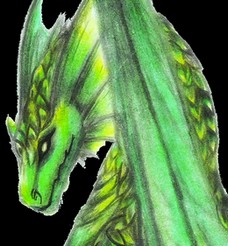 ~Lol, we can RP here for now, but I'll make a topic later on to begin it. This can be like, before opening day~

Rylatha was straightening things out in the school, when she heard some movement nearby. With a globe in her paws, the semigod spread her wings and flew over the school. She could see bystanders watching her, and she acknowledged them with a flick of her tail. As she made a graceful loop around the school, she smiled once she saw her young daughter, Tagrovmaren. She dived down to greet the young one, and once she landed before her, she nuzzled the little Hatchling affectionately.
"Hello, my beautiful lily," Rylatha purred, wrapping her wings around Tagrovmaren in the beginnings of a hug. "I hope you are doing well on this fine day?"
_______________________ 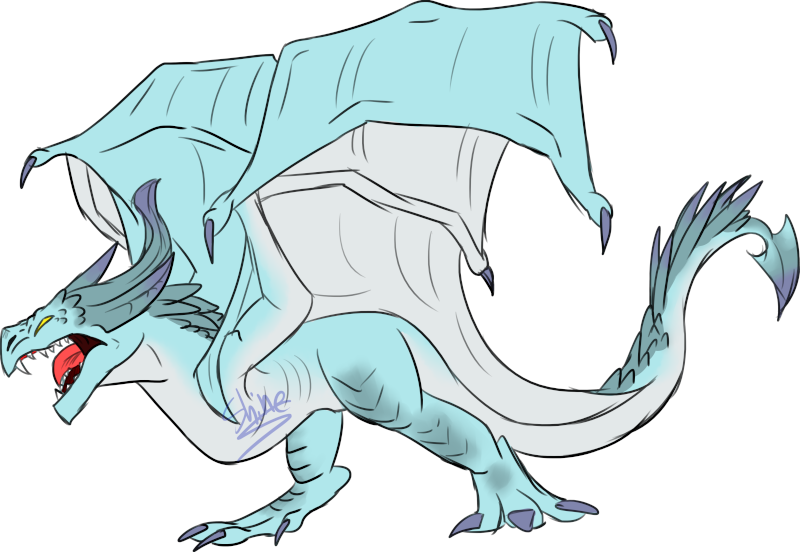 Little green dragonchild looked up at majestatic dragoness, her mother. It was almost unbelievable that Tagrovmaren might be one day as tall, magnificient and powerful, yet she hoped to. Fortunately, children possess deep imagination and vast range of ideas. It is because they haven't learnt yet what are the rules of the world which restrict things from being. The ability of prediction is something of questionable accuracy for Tagrovmaren; the dragonet stand up on her back legs to reach mother quicker, hissing gently with enthusiasm.
- Great day, mum! You will teach me all sorts of things, will you? Yet I can name one you certainly don't know! - the verb-trick she planned to show is old one, but for her it was freshly invented. - The thing you have no idea of. You cannot name it exactly, can you? - tryumph and playfull tone in Tagri's voice.