Top posting users this month
Who is online?
In total there are 11 users online :: 1 Registered, 0 Hidden and 10 Guests

What's in the Dark? (Private/Aari)

What's in the Dark? (Private/Aari)


Virath's blood stained talons tapped the stone surface below his paws. He cheerfully hummed a melody to himself as it echoed throughout the cavern walls. "P-Please! Let me go! Free me! Bestow me peace! Aggh--!!" A Seawing outcast was in a nasty grip of Virath's scale covered tail. He was choking him till he fell silent. Virath giggled, "Oooh, calm down little lizard! I'm just going to dissect you. Be honored, even! You'll surely be the first Seawing I've ever got my paws onto! And rest assured... when we're all done, you'll surely be at peace."

His last words made the dragon squirm and struggle even more callously than before. Virath was certain that he frightened him. How adorable! After walking through the dimly lit, cavern halls, Virath and the captive approached an entrance.

As they passed through, Virath tossed the Seawing onto flat stone and strapped him in with tight ropes and subdued him. Virath sat next to the stone with a crazed look and smirk dancing across his face as he rubbed his paws together as if he were about to grab something delectable. He reached over to another stone (Which had various tools on it), and grabbed a soiled cloth. Blood covered, of course, and stuffed it into the Seawing's mouth. The captive gagged, but ended up just angrily biting the cloth.

Next to this captive was other captive, also strapped onto stones, screaming at Virath for mercy and pleads of help. Virath only giggled. "You're such a big boy. I don't think I have enough space in my gore pit to fit you! Oh well, there's always my ceiling. I could hack off your head and hang it up there. And feed my minions your body. I guess that works." Virath shrugged.

Virath extended his tail over to his tools and grabbed a needle, and taking it over to the Seawing's stomach. The captive shook his head, saying 'no'. "I'm not sorry, big boy! I'm not sorry that I don't have any painkillers!" 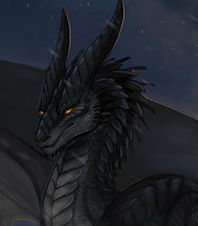 Re: What's in the Dark? (Private/Aari)

Re: What's in the Dark? (Private/Aari)

[OOC You leave me with nothing to possibly post. Also does this have to be advance?] 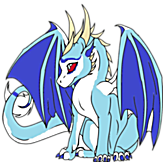