Ummm, hello.  New to this site...it looks big...and scary .w.
I was brought over here by Koal, so if I screw anything up, blame him.  I am really lost on where to even start to join an rp, or the purpose of tribes....what is application stuff and things.....
Well...since I feel like a total newbie, I think I'll rp as a hatchling first until I know what is going on....and since I am totally lost, just gonna throw a character up right here =^.^=

Name: AuSurath
Gender:  Male
Age:  Hatchling
Tribe/Affiliation:  I gues she would be a nightwing, but I can rp as him being found/raised by a different clan
Appearance: Details:  AuSurath was born scaleless, which many would view as a flaw.  However, without the heavy baggage that scales carry, he is much lighter, and also much more agile.   His reflexes are superior to that of a scaled dragon, his speed is stronger, but his defense is terrible, as each blow landed on him is fairly unchallenged.  The skin on his body is pebbly in texture, and has the ability to change color, like a chameleon.  At birth, his skin can change color, but not very well. As he ages, it will be able to change into different shades of color, and as an adult, he can mimic leaves, shadows, anything, even a breeze blowing across his body as leaves rustle in the wind, achieving almost absolute invisibility.  However, that is only as an adult.  Best suited for stealth missions as he is silent without scales clattering against each other with each movement, his best shot in battle is guerrilla warfare, ambush and retreat tactics.  As head on combat with more than one opponent is almost a sure defeat, he would rather retreat.  One on one, he may fight a bit, relying on reflexes to dodge dangerous attacks, and to wound the opponent before retreating.  His attacks almost always go for a vital area, the heart, neck, wing joints, or even ankles before retreating.  As a hatchling, he will mostly just be a sneaky troublemaker, although his intents will be innocent at first, he may become devious as he ages.

Welp, that is a rough sum up of AuSurath, maybe make a few changes for the tribe or whatever it is, still lost on all that. Welcome to the site! ^^ I'm Phantom, one of the founders of this site and an admin. Also the Goddess of War and Magic

Anyway, I'm glad you found this site, as we all love having new members join. Sadly, the site activity has been dying down a bit, but it SHOULD rise up again by next year or even before that ^^


And join the NightWings! Your abilities DO fit that of a NightWing.

Another thing, is this your official character sheet? Because we prefer if you made it in Create-Your-Dragon section following the template!

Goddess of War and magic? Does that mean chomping your tail is a bad idea? ^^;

Soo, is it getting inactive due to finals approaching, or are people leaving? Lots of people left the old site I was on. I was hoping this would be more active, but patience is a virtue I guess.

Sweet, so I guessed right on the tribe part thingy!

But there is a template? .w. I must search again for one.....I am so lost on this site XD.

Ah, so there is a template.....mkay, not to difficult, just gotta reorganize stuff then.

Yeah its best not to attack a god XD

Hey I'm Arkhor, God of the tides and I'm a mod

Its great to see new members, you are always welcome and feel free to ask questions on the forum or the chatbox. Also yeah there is a template which you can find in Create your dragon. Basicly just copy the code part at the bottom into a new topic.

Also there are no requirements so go make your character, just remember to make it fair. But don't worry about it if you get something wrong the staff will look over it anyways and let you know.
_______________________

Also, I'm not sure if you found it already but here:

This is where you create it:
http://www.rpgdragons.org/f5-create-your-dragon

Well, what about poke a god?

Okay, made it in the create-a-character section..... still trying to orient myself here.....so many tabs... .w.  Also, don't worry if he sound "over powered", I am almost always the 'victim' in the rp, not the dominating one.  I save that for my other character Oculus. XD

You just sort of hop in 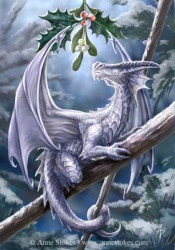