Personal Info
Name: Zander Makar
Alias: Zen
Age: 15
Gender: Male
Personality: Zen has a very short temper, but when happy is more hyper than most drogons in the world. When he is angry, his green eyes turn blood red and he'll kill when angry enough. When he actully gets lonely, he will roar and pound at the ground. He is also very lazy dragon, so any extra free-time, he will most likely take a nap. His guardian worthy build makes him a little cocky at times...
Interests: Shiny things, sharp things, and flying competitions
Dislikes: His armor, Others, slow dragons
Fears: large groups of dragons, has claustrophobia

General Appearance
Height: 23 FT
Scales: Whatever color represents his mood, in an overlapping pattern
Eyes: green or red
Appearance: Long, narrow snout with a spiky frill on the back of his head and his wings become his front legs, bronze armor with red quartz 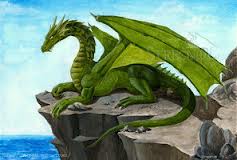 Normally its only NightWings that have stealth stuffs but this works if you add a weakness where by cloaking yourself you are rendered blind. So wouldn't be very useful in combat.
_______________________

Astral wrote:Normally its only NightWings that have stealth stuffs but this works if you add a weakness where by cloaking yourself you are rendered blind. So wouldn't be very useful in combat.

I now see your point, but am i accepted or no... IDK i can remake if necessary