Personal Info
Name: Equinox
Alias: The Vampiric One
Age: 20
Gender: Female
Personality: Equinox, now in her adulthood has grown to be very kind an gentle. She is over-protective and usually takes some insults personally. Despite the 'bad bits' of her personality, she has claimed some her father's lovable traits, such as a sense of humor, kindness, and an odd calmness and slow to anger, which she gets from her mother. She is sometimes depressed and lonely because she only met her parents and brother, but one day she longs to meet the rest of her relatives, like her aunt, Astral, or her uncle, Nimbus. She is fiercely brave and though she knows her parents can take care of themselves, if Equinox sees one of them being attacked, she won't hesitate to jump to their aid, despite the knowledge she has to know that she can get hurt.
Interests: trying to be the best she can be; flying; her relatives; legends; her future/destiny
Dislike: arguing with close friends, brother, and/or parents; when a Tribe leader/queen/alpha makes a wrong choice; others making fun of her
Fears: her friends, family, or herself dying; becoming handicap; loss of wings/flight; gods/goddesses being displeased with her; experiencing the wrath of a god/goddess

Tribe Information and Status
Tribe: SkyWings
Rank: Healer
Family: *colored statements beside names will reveal what she thinks about them*
Akreious (father) Equinox is especially fond of her father, due to his random and humorous nature.
Moka (mother) *where she got vampirism* Equinox loves her mother, especially for the gift of vampirism she had passed down to her daughter.
Jemith (brother) Equinox often likes to tease her younger brother, but despite her pranks on him, it is evident that she is affectionate of him.
Astral (aunt) Hasn't met yet.
Nimbus (uncle) Hasn't met yet.
Mate: N/A
Hatchlings: N/A

Skills and Abilities
Strengths: flying; hunting; solving riddles and/or puzzles; shouting out strong sonic-booms
Special Abilities: sonic-booms
Weaknesses: when opponents threaten to take her wings (gods can do that, and a notably cruel character can try to cut them off); being in the forest where she can't fly or stretch her wings; when allies doubt her skill; fire; if she stays in the sunlight for at least 5 hours without getting into shade or indoors, she will not be able to heal wounds/restore stamina until she gets into shade, indoors, or when the sun goes down.
Combat Style: usually engages in combat better in flight; uses sonic-boom often; her wings are very strong, so she sometimes can knock an opponent off balance with her wings

Background
History: Equinox was raised by two awesome parents, Moka (an awesome vampiric dragoness) and Akreious (SkyWing lieutinant and lord of leather pants!), and was raised along with her younger clutch-mate, Jemith. She was bubbly in her young years, but as she matured she began to notice all of the world conflicts around her and vowed to herself to help her Tribe with everything she has- she even promised to protect it, even at the cost of her life.
Roleplay Sample: Equinox basked in the sunlight, the sun pleasantly beating unto her gleaming pelt. 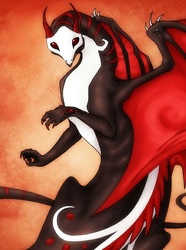 1.you could go into more detail of Equinox right? I mean big wings why not? Or sail like tail like your father.
2..... Eehhhh...... Dunno!
You inherited the jokes thing, you inherited most of your father's personality... Oh god it is DBZ all over again! I'm Goku and your Gohan (except female)! Wow! Either than that.... It looks pretty good
_______________________
Prototype picture of Arcke by Shiningwater! Thank you for drawing Arcke-Kun! 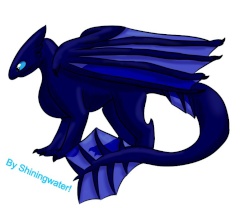 Beautiful! Here is you're picture my beloved Equinox: 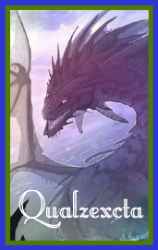 Moka wrote:Beautiful! Here is you're picture my beloved Equinox:

Thank you, Mother! You did better than an EPIC job!

1.you could go into more detail of Equinox right? I mean big wings why not? Or sail like tail like your father.
2..... Eehhhh...... Dunno!
You inherited the jokes thing, you inherited most of your father's personality... Oh god it is DBZ all over again! I'm Goku and your Gohan (except female)! Wow! Either than that.... It looks pretty good

Thanks, Dad, for your advice. I will edit my sheet to make it the best it can be